DR. OTUNNU IS THE MAN TO ENTRUST THE PRESIDENCY TO COME 2011 ELECTIONS 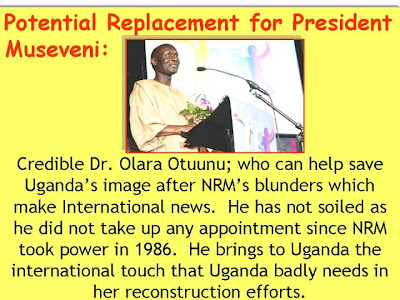 I had resigned over the issue of Presidency on seeing the it looked like a big game yet meaning a lot for the future of Ugandans to the extent that in coming 5 years the country can collapse completely given the projection for those who care about the country at all, not forgetting that there are some who want to eat it and see it completely collapsed and these can go with their loot! Surely, for President Museveni to be President for another 5 years is too much for me as one who has concerns for the country hence the reason why i wish to appeal to the citizens of Uganda and voters to do the needful so that we can see sanity return to the way public affairs can be run. We have in Government people who don't take any shame however shameful an act they do. We have people who see the country as a garden where they have to reap and constantly tell us that we did not fight. They went to the bush and now we can surely see the agenda which took them to the bush. They saw it as the means to have access to national resources as the majority are impoverished on. The pretence that they can do any more good given the bad inflicted so far to the people of Uganda can only be bought by those friends of ours who subscribe to lies and can not learn as well as those who are constantly looting the country as majority look on helplessly. Ugandans have to come up with a credible candidate who can meet the challange and is trustable. We are witnessing would be credible people switching to the NRM and you can not be convinced that they are not responding to some promises. For how long can we see our coutry go down the drain because some people threaten us with the military which military is paid for using tax payer resources? i was shocked to read a publication where people taking fish for export had to use the Nairobi airport simply because fuel is expensive making them lose money if they get cargo on plane at Entebbe. Surely can you sit in State House when your policies are making business uncompetitive? Why did Ugandans instead lose money in the AGOA deal which looks to have been in favour of some few. We will be cursed by our children if we cannot see facts and simply leave our country go to waste.
Dr. Otunnu can help the country get back to the road to development and have people meaningfully earn money instead of having to go to banks and always be burdened by those bank loans when they can make meaningful savings out of agricultural and other enterprises in a vibrant economic situation.
Let us vote wisely this time, we have the chance and the man to vote is Ambassador (Dr) Olara Otunnu.
William Kituuka Kiwanuka 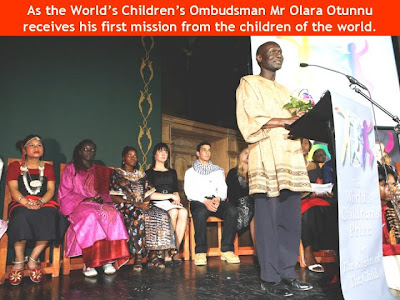 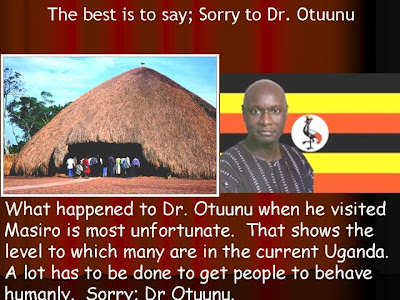 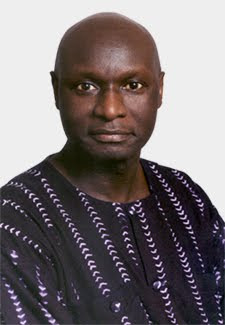 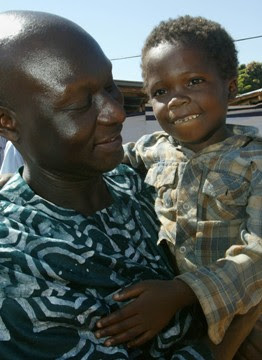 Olara Otunnu was born in northern Uganda in a time when children went to school and had opportunities for a normal, rewarding life. Sadly, this is not the reality for most children in his home region today; nor is it the reality for far too many children around the world. Otunnu has devoted his life to championing their basic rights.
Otunnu had the opportunity of going to high school, college, and then university in Kampala, Uganda. Intelligent and eager to make a difference in the world, he earned an Oxford University Overseas Scholar followed by a Fulbright Scholarship to Harvard Law School. Afterwards, he practiced law in New York before becoming an Assistant Professor of Law at Albany Law School. 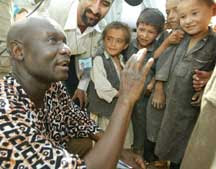 Otunnu and children from Afghanistan

Otunnu was a student activist during his university years as president of the student's union, when Edi Amin had a terrible grip on his unfortunate subjects. After earning his degrees, Otunnu worked as a lawyer as well as a skilled diplomat; his awareness of the bleak plight of the children in his beloved Uganda compelled him to devote his life to improving their lives. When offered the position of United Nations under-secretary general and special representative for children and armed conflict, it was a perfect fit. He fulfilled this position from 1997 to 2005.
Under his passionate and charismatic leadership, the United Nations crafted a comprehensive system of rules, called Resolution 1612 of 26 July 2005, in which an international monitoring and reporting system was established. The system "documents abuses against children, seeks to identify and publicly list offending parties responsible for abusing and brutalizing children, and seeks to bring these offenders into compliance with international laws and standards, including through the imposition of sanctions." 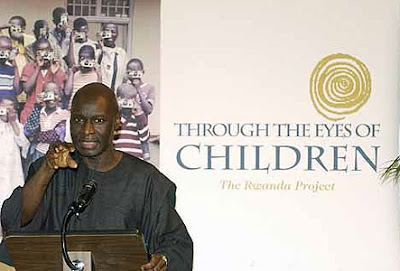 The widespread use of children in armed conflicts is a terrible trend that has spread across the globe. As Otunnu explains, it is seen
"from Colombia to Sierra Leone, from Sri Lanka to Sudan and Uganda, from Burma to Angola.
Compelled to become instruments of war, to kill and be killed, child soldiers are forced to give violent expression to the hatreds of adults.
It is not just the child combatants who are affected, but the girls who become 'wives,' the youngsters who have to cook for the troops, be messengers or spies."
Report to the United Nations by Olara Otunnu

Youth Ambassadors for Peace
Otunnu spoke at the World Council of Churches, February 2006, where he laid out the progress made in the United Nations regarding this seemingly intractable affliction. After tireless observation, research and planning, Otunnu may have cracked the conundrum of why this urgent problem has persisted for so long, with so little action taken. He broke the problem down into these active steps toward hope. Campaign to protect children from the scourge of war

1. Developing concrete response and actions
2. Embarking on the ‘era of application’
3. Instituting a ‘naming and shaming’ list
4. Establishing a formal CAAC compliance regime
5. Simply put: Otunnu laid the groundwork by speaking out against the shame of treating children this way; he brought organizations together to take action; he decided how to assist government agencies to transform from talk to action (the most difficult step of all); the first concrete step was in publicly shining the spotlight on those who transgress; specific action plans and deadlines for ending the violations were implemented; in the event of noncompliance, the "Security Council will consider targeted measures against those parties and their leaders, such as travel restrictions and denial of visas, imposition of arms embargoes and bans on military assistance, and restriction on the flow of financial resources." 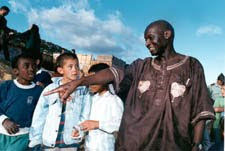 Otunnu and children in Columbia

Olara Otunnu has left an immensely important legacy during his United Nations sojourn - one that will save the lives and futures of thousands of children. Today, his work continues through the LBL Foundation, whose mission is to encourage investing in the education of children and youth, as the "most effective way to facilitate overall recovery and development in a war-torn society."
"Ensuring protection for our children and investing in their education and development is therefore among the most important and effective means for building durable peace and justice in society.
Written by Rebecca Miller
Last changed on: 8/11/2010 3:52:42 PM

VOTERS NEED NOT MIX LOAN MONEY WITH FAVOURS FROM NRM GOVERNMENT: US $ 100M LOAN FOR NUSAF II COULD TEMPT SOME NORTHERN UGANDA VOTERS
Northern Uganda Social Action Fund (NUSAF II) a loan of US$100m from the International Development Agency (IDA) to be used for a period of 5 years was approved by the Association of the Board of Directors of the World Bank on May 28, 2009 and by the Parliament of Uganda on September 25, 2009.
This loan designed to continue with the development effort for Northern Uganda after the conclusion of NUSAF I could easily be used by the NRM to induce votes for President Museveni. The people ought to be told the truth about this money.
NUSAF II has 3 components
1. The Livelihood Support Programme worth US$ 60m with two components:
i) Public works which is to cost US$20m. This will be given to able - bodied people who can do manual work.
ii) The US$40m to be given to people who are unable to do public works as the elderly and the handicapped.
2. The Community Infrastructure Development worth US$30m. The funds will support infrastructure like schools, health centres, and water.
3. Institutional Support worth US$im to be given to IGGto facilitate sesitization programme and the balance of US$9m to be retained by the Prime Ministers' Office to facilitate monitoring and other management functions.
Posted by williamkituuka.com at 12:16 AM