PARLIAMENT SHOULD NOT LET DOWN UGANDANS ON LOANS

PARLIAMENT SHOULD NOT LET DOWN UGANDANS ON LOANS 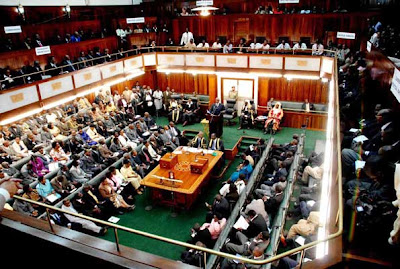 DO UGANDANS GET MONEY WORTH FOR THE AMOUNT SPENT ON LEGISLATORS?

Source: African Development Fund - May 2008 "Realizing Partnership between AfDB and Uganda."
Below are tables showing what the Government of Uganda has succeeded in borrowing from the African Development Bank. The Auditor General and the Parliament of Uganda ought to be the chief watchdogs over this funding. It is sad to see substantial amounts of money borrowed in the name of the people of Uganda which monies have to be paid back being misused by those in authority. This is absurd.
William Kituuka Kiwanuka 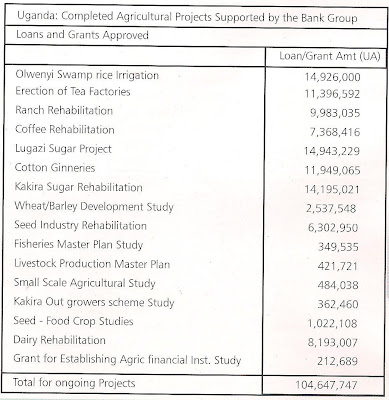 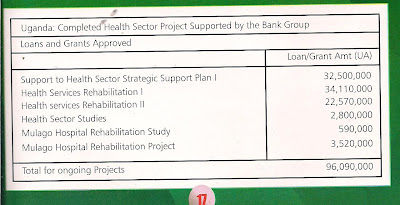 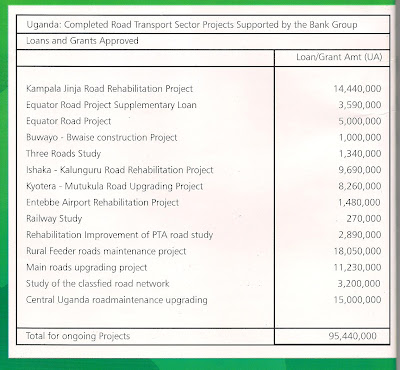 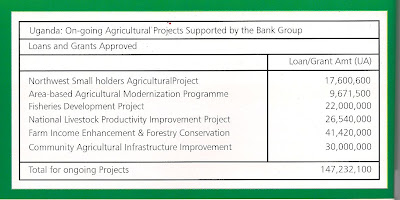 If there was any event that would define business in Parliament in 2010, what would be it? Would it be the multitude of loan requests that MPs passed or the contentious supplementary budgets approved? Emmanuel Gyezaho explains the major issues.
It will be the year in which the notion of checks and balances took its most fatal knock since the advent of multiparty politics in 2005.
A year when back-room lobbying and behind-the-scenes manoeuvres were the order of the day, 2010 will be remembered not so much for the positive influence of Parliament in playing its oversight or legislative role, it will go down as the year in which the government had more leeway than anytime before in the life of the 8th Parliament in seeking parliamentary sanction for whichever request it tabled.

Chogm
Without question, the debate of a controversial report by Parliament’s Public Accounts Committee stands out as the key highlight of business conducted by the House in 2010.
For nine months, Budadiri MP Nandala Mafabi and his legion of inquisitors, conducted an investigation based on the forensic report by the Auditor General, Mr John Muwanga, into the alleged misuse of Shs500 billion meant for the 2007 Chogm in Kampala.
A report was compiled, naming at least 10 senior government officials on various charges including abuse of office and fiddling with taxpayer’s money. The report was tabled in May despite a spirited effort by NRM members to block its presentation, while the public held its breath to see how Parliament would handle yet another high-profile investigation.
It did not help matters that the report was tabled just before Parliament broke off to precede the start of the fifth session, the last in the life of the 8th Parliament.
That meant the Chogm report would be shelved to deal with more ‘urgent’ business such as passing the Shs7.024 trillion 2010/2011 budget in which government funding had shot to 73 per cent with donors chipping in the other 27 per cent.
There was also the matter of debating President Museveni’s State of the Nation Address, another drab process that ensured that the Chogm debate would be put on hold.
The only highlight here was the sticky debate over Mr Museveni’s assertions about the confident growth of the Ugandan economy. The NRM leader had reported impressive growth figures above 7 per cent despite effects of the global economic downturn, while the opposition claimed the figures had been cooked. They cited the widening disparity in income distribution in an economy where small fractions of the population eat the lions share.

More borrowing
There were moments when it seemed like Parliament was handling everything else--passing five loan requests in quick succession in amounts close to half a trillion shillings, to debating local constituency problems involving petty complaints-but Chogm.
Parliament passed a consortium of loan requests that will guarantee Uganda’s foreign debt go beyond the current Shs8 trillion mark. Debate raged over the sustainability of borrowing and whether Parliament was being progressive in passing every loan request tabled by the government.
For the Chogm report, it wasn’t until late October, almost six months after its tabling that debate finally opened. It seemed the ghosts of Temangalo—that dreaded investigation two years earlier into a land transaction executed like a back-door sale, had returned to haunt the House. Same script, same faces albeit a few different actors!
We witnessed for the second time MPs discuss and debate matters bordering on criminality and actually take a vote to exonerate the alleged perpetrators. It remains to be seen where else in the world a legislative body has passed judgment on matters criminal through a vote process.
But just like with the Temangalo scandal, Security Minister Amama Mbabazi was in the thick of things and said his confidence never wavered for a single moment during the entire melodramatic inquiry. MPs voted to clear his name, so did they for Finance State Minister Fred Omach, who curiously processed the release of some Shs3 billion to a hotel on Entebbe Road for the construction of 200 beds only three days to the Summit.

Credibility issues
Speaker Edward Ssekandi would find himself in the eye of the storm yet again over Chogm matters. His stewardship came under the spotlight with several MPs expressing dissatisfaction with his handling of the debate.
In 2007, as government pushed Parliament into passing a Shs153 billion budget for Chogm, there was a storm on the floor after the opposition complained that Parliament had not been given enough time to scrutinise the budget and we witnessed the first open revolt by MPs against the Speaker.
Was history repeating itself three years later? So, when some of the alleged so-called big fish were let off the hook, it came as no surprise when charges did the rounds accusing Mr Ssekandi of murdering the Chogm report.
The Speaker did not take the charges lying low and went on the offensive. With the debate coming on the eve of the 2011 general elections, the politics of survival crept in to play a critical role over how events played out on the floor.
Posted by williamkituuka.com at 10:09 PM