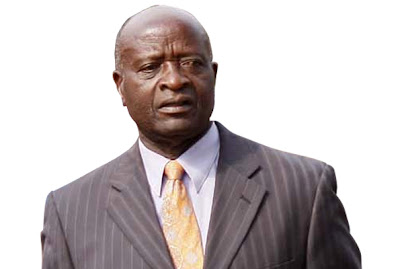 You have been declared winner by the Electoral Commission and Your Excellency is obviously jubilating. All the political parties that participated in the electoral exercise have termed the exercise a sham because of malpractices that have characterised the entire process dominantly perpetrated by the NRM under your leadership.
Political parties, civil society organisations, including all religious leaders and international partners, cautioned you well in advance about the need for your government to create a level ground for the 2011 general elections. I personally wrote to you about the need to amend the relevant electoral laws well in time.
Your response was that “there was no need for any amendments except the cleaning up of voters’ registers to prevent the opposition from stealing votes”. Now your “cleaned up” voters’ register is one of the major tools that the NRM and the Electoral Commission used to produce the current electoral debacle in the country.
The result has created despair and disenchantment over elections in the country for many Ugandans. This has produced a politically explosive situation in the country which has even forced you deploy mambas and other kinds of artillery at almost every sub-county in Uganda ready to maw citizens who dare raise a finger expressing their discontent.

As I chaired the Executive Committee of the People’s Progressive Party last week discussing the way forward for the country and our party, I recalled a meeting you chaired as Chairman of the Uganda Patriotic Movement (UPM) at Kintu Musoke’s residence in 1980 discussing the way forward for Uganda and UPM. This was after what we then termed sham election results announced by the military commission following an electoral exercise that had been characterised by vote falsification by the UPC leadership in control at the time.
The UPM Executive Committee discussed two options that is, going back to the people and build the UPM or going to the bush to take up arms to fight the Obote regime. In anticipation of what would be the cost in human life that had to be paid by Ugandans, the Executive Committee resolved for the former option to which some of us stuck.
You stormed out of the meeting declaring that you had taken the armed option. To date your decision is epitomised by a devastated Luweero Triangle scattered with monuments of human skulls, and a devastated northern region still wailing the massacre of more than one million Ugandans with more unaccounted for.
As I write, other political parties are also discussing the way forward for the country and their parties. Some of them have resolved as a preliminary reaction to the rigged election results, to call upon the disgruntled people of Uganda express their displeasure through a peaceful demonstration. Your response has been “Anybody who dare goes to the streets for demonstration will be killed” and your armed groups are already deployed in positions ready to execute the order!
Your Excellency is so imbued with military prowess that you are convinced that you will be able to preside over a police state you are creating pitched on patronage, the might of the gun and the power of money. The sustainability of such a state Mr. President is not borne out by any example in recent history.

My concern Mr. President is what is next for our country. You are convinced that the situation is very much under your control and that every Ugandan will be cowered down because of the presence of the military hardware and threats you keep dishing around. They remind me of a similar scenario by the Obote regime as you went to the bush! They were so sure of their invincibility.
You are so sure! Many Ugandans are convinced that the situation is politically volatile and that it needs a statesman’s approach to avert a chaos that can anytime turn bloody during or even worse, after our lifetime you and I. Surely Mr. President, Uganda should never be subjected to another spate of blood-letting and self destruction. We need to create a political environment in which all seeds of hatred and strife amongst the people of Uganda are never given opportunity to germinate.
In Kenya and Zimbabwe, such seeds were allowed to sprout into blood-letting and destruction of property. It was after extensive loss of human life, destruction of property and the intervention by the international community that Kibaki of Kenya and Mugabe of Zimbabwe came to their senses and a formula was struck for each country which have kept their countries in relative peace to date. But then the said formulae would have been reached before hundreds of thousands died and many communities displaced.
It is amazing the way you brag over what is going on in the Arab countries such as Egypt, Tunisia and Libya. “None of those people spent 13 years fighting to defend their country” you are quoted by the media. To you the almost three weeks street battles in Cairo between citizens and the armed forces without the latter opening live bullets to the demonstrators was lack of your 13 years experience on the part of former President Mubarak! No Mr.
President, I believe it was because much as he wanted and stuck to power, the lives of Egyptians far outweighed his unbridled lurk for power. This stance was fortified by the same consideration by the leadership of the Egyptian armed forces. They did not shoot citizens in the streets or in their houses like was the case with your armed groups during the September riots in Nateete and Busega.
Mr. President, you have put the future of our youth and the country at large in jeopardy. Because of extreme poverty in the country, the youth are being lured into political thuggery perpetuated by your leadership. Recently, you recruited hundreds of youth at almost every sub-county in the country ostensibly for security during the elections. Some of them executed their duties during the postponed Kampala mayoral elections when they beat up innocent voters with sticks embedded with nails. I am sure you watched the debacle on TV. What will be the fate of their future with such training?
Mr. President I have a belief that the euphoria that currently engulfs the NRM over the so called landslide victory contains seeds of self destruction incubated within the subdued emotions of hate and revenge in the hearts of many Ugandans. Some are only temporally gripped with fear and others by the lure of money given the abject poverty in which the bulk of the population is trapped. But sooner or later fissures will develop along which those emotions may volcano out Rwandan style. Mr. President this must not be allowed to happen. It is not your style of the brutal might of the gun and torture that will prevent it but through the power of the human heart of a leader as he feels for the people he leads.

The way forward
Mr. President with due respect I appeal to you to try and develop a new stance towards the opposition in Uganda. Start considering the leaders of other political parties as colleagues and not as enemies vying to snatch “your” power, your mutual deep rooted abhorrence between Your Excellency and my younger brother Besigye not withstanding! As my colleague Mao has been reported to have suggested, you may wish to consider a transitional national unity administration in which all the dominant political shades will participate.
This olive branch will bring about an environment which will engender reconciliation and harmony. Should some parties rebuff the branch, the door should be left open for any future change of mind as tempers calm down.
Obviously, this will leave you at the helm until a fresh election considered free and fair by all stakeholders is organised. Needless to say under such election to be organised under a new Electoral Commission as soon as practical, you would definitely have no fear of losing, “after all the just ended elections gave you almost 70%”.
This will be a home grown solution not imposed by the international partners after people of Uganda have once again murdered themselves silly.
For God and My Country.