It is sad, but true that my efforts to be able to report the events at St. Mary’s College Kisubi during the 57th Birthday of His Highness Kabaka Ronald Muwenda Mutebi II have flopped. The security detail is such that one without a card has simply to forget. I was at SMACK 75 Road by 7.00am and below is the image I took shortly after. 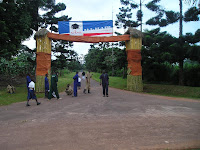 I was also able to take some other few photos as are seen below. The Police later caught up with me. I tried to explain to them who I am, but they told me that the instructions they were implementing were such that all the guests must have invitation cards. My last resort was to send an sms to Brother Bukenya, unfortunately, he was not picking my phone. I resorted to an sms, however, it is 8.36am and I have not had a response from Brother Bukenya. 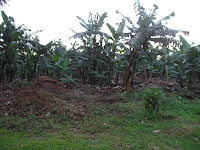 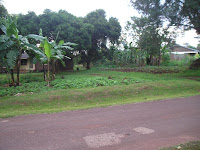 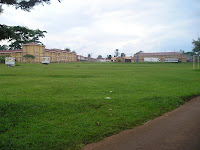 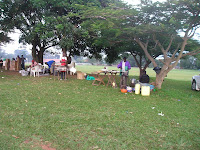 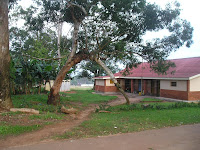 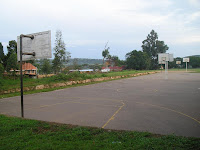 I am most grateful to the support by Dr. George Herman Kkolokolo who has always sacrificed to see my works supported, and many times he has made valuable contribution. Thank you so much Doctor for the big heart for your school.
God bless you dear OB’s
DUC IN ALTUM
WILLIAM KITUUKA KIWANUKA
1974 – 1979
LOURDEL HOUSE
Posted by williamkituuka.com at 11:04 PM