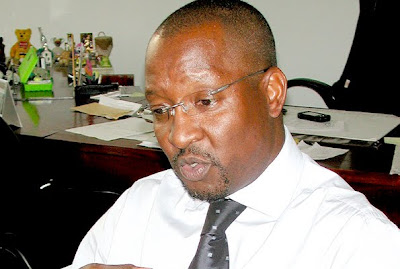 Richard Byarugaba the new NSSF boss may only save his credibility if he 'professionally' handles instructions from above, which is one reason why that seat is hot. It is a fact that many people who have taken up positions in big jobs have failed simply because they are compromised by instructions from above yet when in case of problems they are to go alone to Luzira. For a man who is a Managing Director, why not ask who ever the instruction from above is to put his instructions in writing? If he or she cannot, then you can not act on empty space; simple like that. Secondly, even if the instructions are from above, why not convene an immediate meeting of the Board and if so, even let the word leak to the press? A man who went to school should not sacrifice himself and end up going to Luzira because of instructions from above. The standing orders are the norm to be followed whether it is who as long as such a one is not above the law.
As for my friend Byarugaba, he is taking up a job where anybody of average managerial capacity can run as long as the group effort of staff and the Board is well utilised. The moment my friend goes it alone, the same fate will follow him. Nothing like operating on instructions from above when the one giving them has not put it in writing, and it is simple to get the Board and or other Government organs intervene,and that is how difficult politicians who assume that once they are in office laws and standing orders are not necessary, and least bothered about soiling the hard won repute of others as long as long as their selfish interests are met.
William Kituuka

Byarugaba is new NSSF boss - Source: http://www.monitor.co.ug/News/National/-/688334/961806/-/x2kxjt/-/
Posted Wednesday, July 21 2010 at 12:01
Finance Minister Syda Bumba has appointed Mr Richard Byarugaba as the new managing director of the National Social Security Fund.
According to a press release by the NSSF board chairman Mr Vincent Ssekono, Mr Byarugaba beat 33 candidates who had applied for the job three months ago.
“He is professionally qualified for the job and carries a wealth of experience in managing large financial organizations including banks,” Mr Ssekono said.
Mr Byarugaba, 49, has held various senior positions at Standard Chartered Bank, Nile Bank, Barclays Bank and Global Trust Bank.
He takes over from Mr Grace Isabirye, who has served in acting position since the suspension of Mr David Jamwa last year.
Mr Jamwa was suspended over his alleged involvement in the Shs11.2 billion Temangalo land scandal.

Richard Byarugaba
Wednesday, 21st July, 2010
By Cyprian Musoke
BANKER Richard Patrick Byarugaba is the new boss of the National Social Security Fund (NSSF). The appointment was made by finance minister Syda Bbumba.
Byarugaba, who has been the head of Global Trust Bank, beat 32 other candidates in interviews conducted in May, the chairman of the board, Vincent Ssekkono, said.
“He is qualified for the job and carries a wealth of experience in managing large financial organisations of international repute, including commercial banks,” Ssekkono said in a statement yesterday.
A graduate of Statistics and
Economics from Makerere University, Byarugaba has held various positions at Standard Chartered, Nile and Barclays banks.
The Global Trust Bank management yesterday described the appointment as a “positive development”.
It said it would not affect the business of the bank, which it said, has a tested management team and good succession plans. A successor will be announced soon, the bank added.
Byarugaba replaces David Chandi Jamwa, who is facing charges of abuse of office in which the fund lost billions of shillings.
He is also accused of authorising the fund to purchase a sh11b land in Temangalo, a price said to have been inflated.
Jamwa’s predecessor Leonard Mpuuma was also charged in 2007 with causing financial loss, abuse of office and receiving a bribe.
The court ordered Mpuuma to pay sh100m on March 28, 2008 after he pleaded guilty.
He paid the money and was cleared of the charge of receiving a bribe.
The NSSF is a national saving scheme mandated by the Government to provide social security services to employees in Uganda. It was established by an Act of Parliament in 1985.
NSSF spokesperson Olive Lumonya said the interviews for the job were conducted by Ernst and Young, an accountancy and human resource management firm.
“The process was transparent and carried out by a panel of senior experts, after adverts had been placed in all the national and regional newspapers,” she said.
Who is Byarugaba?
Aged 49, Byarugaba who is married with children, brings a wealth of experience spanning a period of 25 years, Lumonya said.
At Barclays, he was the chief operations officer before moving to manage Gold Trust Bank.
Byarugaba is a qualified accountant with the Association of Chartered Certified Accountants and holds a management diploma from the Henley Management College of UK. “Byarugaba has a lot to offer in terms of experience and operations of day-to-day work,” Lumonya said.
Byarugaba takes over from Grace Isabirye, who has served in acting position since Jamwa was suspended last year.
Byarugaba started his career as a banking officer at Standard Chartered Bank in 1983 and rose to the position of executive director for finance in 1992, according to his CV. In 1994, he was transferred to London as regional manager for finance in charge of Africa.
While in London, he implemented a multi-million accounting software for the bank’s Africa operations.
He returned to Uganda in 1997. By the time he left for Nile Bank, he was in charge of finance.
In 2003, he was appointed Nile Bank managing director, a position he held until December 2006 when the bank was acquired by Barclays. He was appointed the Barclays chief operations officer until November 2008 when he became the boss of Global Trust Bank.
He has also held several board positions at Standard Chartered Bank, Nile Bank, Hospice Africa, Palliative Care Association of Uganda and the Uganda Institute of Banking and Financial Services. He is also a former president of the Uganda Institute of Bankers.
He enjoys jogging and football.
Posted by williamkituuka.com at 3:28 AM