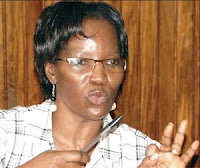 KCCA has done what was long awaited, get UTODA out of the city parks and get order to the city taxi services. For this, the KCCA is greatly thanked. What KCCA however has to think about is not to reap the way UTODA had been. If UTODA was collecting shs 4,500 per taxi per day, then the sticker fee, I think it is good business to sum up the daily fee and have that as the amount to be paid on a monthly basis. However, it is expected that these vehicles need servicing and for say 5 days a month, they may be expected to be having repairs or other problems being fixed meaning that out of 30 days a month, KCCA should effectively consider 25 out of which these taxi's should pay shs 4,000 making a total of shs 100,000 a month. Given that this is not a tender given out, it makes justice to charge shs 100,000 per taxi per month. 2ndly, overcharging the taxi's is brought forward to the users. KCCA should know that people are already facing big bills to travel and as such should avoid overcharging. i also wish to point out to KCCA that they should ensure that only licenced people do drive passengers out of the parks. What this means is that they ought to be concerned about the security of the passengers loaded into the taxi's from which revenue is to be realized. Finally, any possibility to pay the money in instalments?
William Kituuka Kiwanuka

KCCA officials today started collecting revenues from the taxi parks, marking and the end of Uganda Taxi Operators and Drivers has managed the parks on behalf of KCC for more than 12 years.

This follows yesterday’s court ruling, dismissing an application by UTODA, challenging the decision by KCCA to take over revenue collection.

KCCA took over revenue collecting from taxi operators after refusing to renew the contract with UTODA.

KCCA officials have been heavily deployed in taxi parks together with the police .

The KCCA in-charge of revenue collection Patrick Mukalazi says the system of collecting dues daily has been cancelled and the taxi drivers will now pay a total fee of 155,000 shillings monthly.

Mukalazi says the drivers who are unable to raise the money now will be given a grace period of 2weeks and provisional documents to enable them access the parks.

Mukalazi says that the taxi parks which are currently in a sorry state will be worked on, if the taxi drivers pay their dues in time.

The Latest Uganda Business News
Posted by williamkituuka.com at 11:14 PM