THE MILITARY MAY CONTINUE FOR SOMETIME BEING UGANDA'S PROBLEM 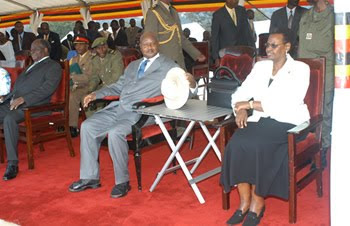 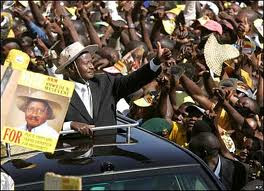 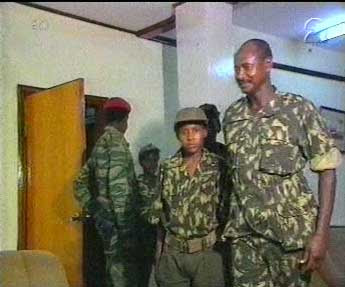 THE MILITARY MAY CONTINUE FOR SOMETIME BEING UGANDA'S PROBLEM
While some people thought that the liberation war by NRA/M in Uganda was to deliver goods and services; they are getting out of the dreamland and realizing that these people had an agenda known to them selves why they struggled to remove those they call bad leaders. NRM unfortunately has had its round of sins against the people of Uganda, not only is its leader clinging to power, 1st by changing positions in the constitution but has been able to 'block the wish of the people' the reason why the country is yet to enjoy the federal governance which many people clearly cherish as of now. NRM administration has used the military to threaten the people of Uganda and many see themselves at the mercy of these people, which is most unfortunate. When the NRM talk of being in power for 50 years, it is their agenda they are implementing, and only God can stop them. They have managed to make majority of the people systematically poor and now are justified in providing resources to educate children even at Primary level simply because the Ugandan turned peasants are left without income worth mentioning and many can hardly get employment to earn income.
Meanwhile some of the UPDF are property people and a number are known to be really rich! 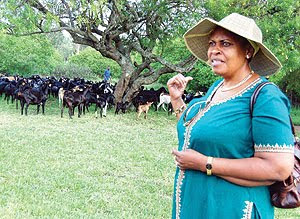 In; "Encroachers grab 1,230 acres from Sanga govt stock farm," It is clear that a UPDF soldier by the name:Capt. David Byabasaija, who occupies 640 acres. The New vision, Ronald Kalyango reported, "OVER 1,230 acres of land belonging to Sanga Government stock farm in Kiruhura district have been encroached on, the farm manager, Tindyebwa Mugugo, has said. Mugugo told agriculture minister Hope Mwesigye, during her tour of the farm on Monday, that out of the 1,600 acres that the farm owned, only 370 acres remained. “We need to fence off the farm, otherwise we risk losing all the land,” Mugugo said in a brief report. The encroachers, Mugugo said, included Capt. David Byabasaija, who occupies 640 acres; Sanga town council, which grabbed 30 acres, and herdsmen, who took over 60 acres for grazing. Mugogo also noted that another 500 acres were illegally surveyed by inspectors claiming to be connected to the Presidential Initiative and the Banana Development Project. Sanga is one of the 12 stock farms in Kiruhura district under the National Animal Genetic Resource Centre and Data Bank mandated to breed indigenous Mubende goats.