PROBLEMS IN THE EDUCATION SECTOR ARE ONE REASON WHY MUSEVENI SHOULD RETIRE
President Museveni thinks he can be a jack of all trades and this is
his main undoing. The fact is that he excelled in his military to
uproot what he terms bad leaders, which I am yet to agree to for he is
unfortunately proving to be worse. We are products of Boarding
schools which were getting support from Government long before
Museveni even joined guerrilla movements. In these schools; parents
were always paying some money while the Government did its bit. His
talk of free education is not real and not possible if we are to
address quality. What failed President Museveni from the very
beginning is the planning function, which has been poorly done and has
made everything almost a mess. 25 years without good planning or
ignoring the plans and doing what he thinks will earn him votes is
most unfortunate. How many times has he been told not to put in place
more districts, but does he ever listen? People who advise president
Museveni like some of use did not waste time going to schools. While
the President is very ambitious to have another 5 year term leading
Uganda, I wish to tell him that the country has crashed simply because
of his policies.

I find it rather an unusual occurrence that only school dormitories
have been burning in the past years with anonymous arsonists yet to be
pinned by the police and prosecuted, at the same time, it is the same
dormitories that Government wants phased out! 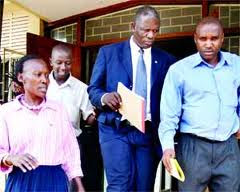 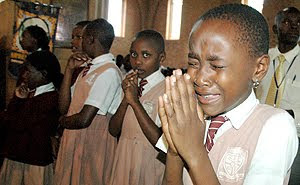 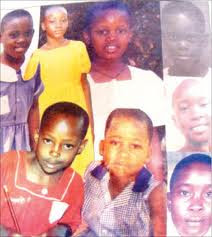 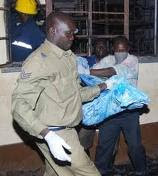 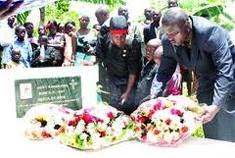 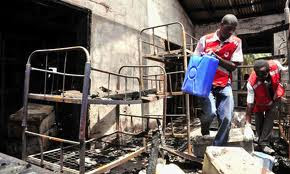 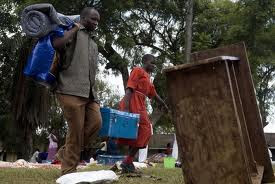 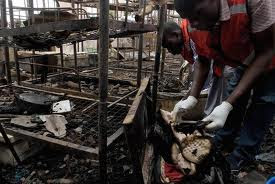 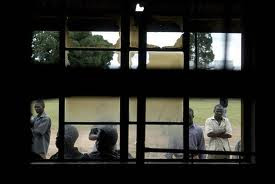 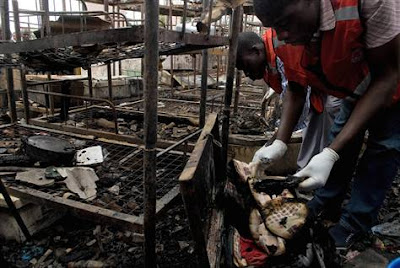 IMAGES OF SCHOOL FIRES IN UGANDA

Uganda Education News: Uganda's history the cause of school fires
http://www.ugpulse.com/articles/daily/news.asp?about=Uganda%27s+history+the+cause+of+school+fires&ID=6408
Ultimate Media
One of Uganda's leading educationists, Dr. John Christstom Muyingo has
blamed the current trend of destruction of public property including
burning of Schools on Uganda's violent history. This year only fire
whose cause is still unknown burnt down a dormitory at Budo Junior
school killing 20 children. Many more schools have been burnt and the
police have blamed the fires on arsonists, indiscipline students and
negligence among others. Dr. Muyingo the director of Seta high school,
in which a dormitory was gutted down by fire, says that Uganda's
history is marred by war and violence which has created a generation
of people who believe in destruction and violence. Dr. Miyingo also a
former Education Minister in Buganda Kingdom was receiving a donation
of roofing tiles from Uganda clays for Seeta high school recently to
repair the burnt dormitory. Handing over the donation, the Chairman
Uganda Clays, Professor John Ssenfuma, advised Ugandans to address the
issue of Safety and security in Construction and put emphasis on
quality roofing.
The school still needs five Hundred Million Shillings to reconstruct
the dormitory block. We need the boarding schools be they Government
aided because many parents cannot afford to care well for these
children given the domestic chores that have to take place, yet there
are so many temptations the children are faced with when not in
boarding schools. Not only those in transport business disturb them
(mostly the girls) but it even becomes extra expensive caring for
these children’s daily needs when they have to travel daily from home
and when this is summed up, the problem becomes poor academic
performance; more chances of dropping out of school to mention some.
The concern which has to be addressed is whether we should maintain
single sex schools, again, many founders of schools would insist that
they like their schools to maintain the status they have enjoyed since
they were started.
What the Government of Uganda should struggle to address is income of
all able bodied Ugandans. There is no reason why a country like
Uganda with the brains it has imagines that the children produced will
be Government responsibility. The problem with leaders we have like
Museveni is when they erroneously have answers to the country’s
problems and unfortunately, are not even ready to accept the messes
they make, only to run adverts which make others look incapable of
managing Uganda. It is true, any other person may fail to manage
Uganda if Museveni and company scheme it that way. It is on record
that the Late President Amin had not been that bad until Museveni and
company ventured to fight him and the 1st casualty were registered
after the failed 1972 invasion of Uganda. President Museveni should
know that the failed planning function in the country is greatly
responsible for the mess the country is in. Those who have been able
to travel to a number of areas of Uganda wonder where the President
gets the courage to stand and ask Ugandans for votes. While an acre
of land around Kitende on Entebbe Highway may cost as much as shs
300m, may areas are just in the dark ages! This looks like a joke but
was off the planning line he found in place where all areas in the
country had poles of growth. While the president insists that he
still sees himself the best to carry the country forward these
problems are real. Those who did this planning were not empty heads,
they were implementing the planning function which he has ably failed
to, and instead still wants to take this country deeper into
uncertainty. While Obote did mistakes, many of Museveni’s mistakes
are simply unacceptable at this moment in time. His Government has
got a lot of money whose accountability would have done better the
country, but it is unfortunate. Much of what we see out there as
investments are funds which some individuals have got by virtue of
their connections; a part from those investments by those Ugandans who
are doing kyeyo out mostly because Uganda has gone to the dogs! It
surprises to see how many Ugandans are alleged to own properties;
which properties and enterprises are greatly believed to be for people
well connected in Government.
My position is that, the way to go for Government (assuming we have to
do with Museveni for more years) is to sincerely get technical people
who can implement income for all. Has the President ever imagined
that those alleged poor people he thinks cannot afford to pay any part
of fees for the children are the source of money which booms the local
musicians? It is therefore possible to tap some of this money the so
– called poor spend on these functions to boost education, but given
that he (Museveni) is a tired man, the best is to leave it to brains
that can as of now. Uganda cannot keep on borrowing when it has no
capacity to pay simply because majority of the work force is not
viably employed. These people want work but where is the work? The
shilling is depreciating every other day as if Government is spending
money not backed by productivity. Surely, all the areas of Uganda by
now would have some thing they export, but the regime is wasting
resources on military might! President Museveni should actually give
Ugandans a break! His failures and excuses are not tenable any more.
Today people are killing each other simply because of the frustration
as a result of his policies.
God, just help this country Uganda.
William Kituuka Kiwanuka


Boarding School On Way Out - President (The Monitor)
Stephen Ariong and Isaac Khisa
25 November 2010
The government could soon start actively discouraging boarding section
in public primary and secondary schools across the country, President
Museveni said yesterday, resurrecting a dormant education sector
policy proposal.
The proposed measure does not mention the fate of private institutions
with boarding sections. Addressing his third rally of the day in
Moroto Municipality's South Division, the President, who earlier spoke
in Kangole, in the neighbouring Napak District of Karamoja, and in
Naitakwae in Moroto District, said boarding schools increase the cost
of schooling.
"Though the government is discouraging boarding in UPE and USE schools
because of [the need] to cut costs, [we] will support boarding in some
schools in Karamoja [until the situation in the region] improves like
in other places," Mr Museveni said.
"The programme will start next year," Mr Museveni, who has in the past
made his opposition to keeping students in boarding sections public,
said.
He explained that because of Karamoja's unique situation where the
people do not live settled lives, schools in the sub-region will, in
the interim, keep their boarding sections to enable children from the
largely nomadic community study.
Yesterday, Mr Aggrey Kibenge, the Education Ministry publicist told
Daily Monitor that "... according to a government White Paper of 1992,
government itself committed to invest in day schools except to those
in disadvantaged areas like Karamoja and on islands." He said the
policy is already operational, apart from in hard-to-reach areas.
Challenges
Government introduced Universal Primary and Universal Secondary
Education in 1997 and 2007, respectively, to enable students from poor
families get education at low cost. One view though, is that the extra
cost of maintaining a child in a boarding school is so prohibitive it
defeats the very purpose of the free schooling effort.
Over 1.7 million pupils are enrolled under UPE while 579,734 students
are studying under USE in 1,471 secondary schools.
The quality of schooling delivered in UPE/USE facilities, however, has
been criticised by academicians and civil society groups, who say the
schemes are a consequence of inadequate teachers, learning materials
and relatively poor infrastructure across schools in the country.