Doctor George Kkolokolo has been a friend with whom I have been able to make publications on St. Mary's College Kisubi (SMACK). I first met Dr. Kkolokolo at a meeting at Christ the King when he had come for SMACK Centenary Celebrations in 2006. I unfortunately did not get his email well and so shortly after he was back to France he sent to me a message and since then we have been in touch. It has not been able to write publications on SMACK, but the doctor has not only given me the courage but even financial support which has enabled me together with him to publish some of the works to do with St. Mary's College Kisubi.
I thank him.

Dynamic Willy,
As usual I'm short of words to express my sincere gratitude
on what you've done on diffusing so widely the writing on J.C. !
By the way, where and how do you get all these numerous e-mail addresses ?
You're really an expert in personal contact !!!
Thank you for inserting in the writing those relevant aspects including
J.C.'s date of birth, namely July. this will enable many of us to prepare amply
his birthday gifts.
Warmest regards !
Dr G.H.Kkolokolo


Subject: Re: Fw: SMACK OBs 2010 CALENDAR
Thank you very much for this very wonderful calendar.
You deserve a beer for it!!!
Sorry to learn that your e-mails could be subject to such dirty scheming!
You know the world has many jealous people filled with sinister intentions!
God bless!
Dr G. H. Kkolokolo

Dear All,
What a challenge to us all, all of us who have done something already and all of us who are contemplating to do something now and all of us who are thinking of doing something to grace the Great Mzee's 90 wonderful years? Prof J. C. Kiwanuka taught for half a century at SMACK where he had in class students, their sons and eventually their grandsons! You see!
Let's collect our effort, with the backing of the SMACKOBA Executive, and do something for our great Mzee! A reliable source has already informed me how he was happy to read the special Morning Star issue published by our courageous editor, Willy Kituuka! And when he looks round he is proud of Eng Henry Ssentoogo's work on the fence! All this aimed at gracing his 90 wonderful years!
Time is still with us to do something visible and respectable for our "parent"! And of course we shall succeed! Let's pull together as usual!
Can one of Africa 's most respected colleges fail to do anything when it has already done wonders throughout its existence?
We've already shown our sincere love and respect towards this great man! And let's continue to do so! Kampala, Nairobi, Dar-es-Salaam, Kigali, Bujumbura, Kinshasa, Khartoum, Addis Ababa, Mahé, London, Paris, Brussels, NY, Washington, Ottawa, New Delhi, Amsterdam, please wake up all our OBs for a special in favour of our beloved God-given Prof J. C. Kiwanuka!
Thank you, All!
Dr G. H. Kkolokolo 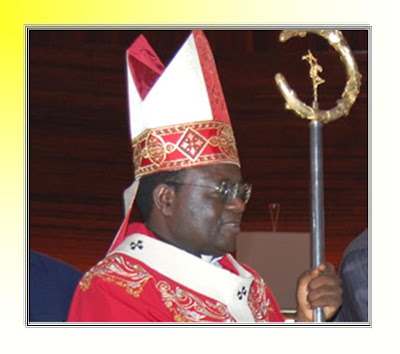