Naduli is opposed to Ugandans joining the IPC, forgetting that there is need tp get a way to the Promised Land 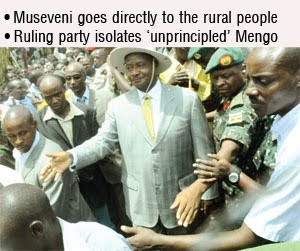 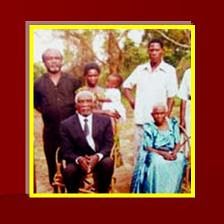 On the left is Hajji Abdul Naduli 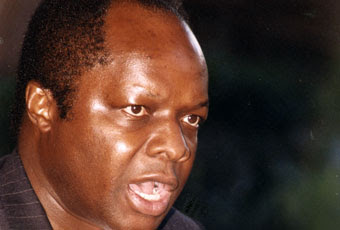 It is unfortunate for the likes of Hajji Naduli for they seem not to know what they like; in other words simply opportunists. Naduli is one of the ‘bush men,’ those who joined hands with President Museveni to fight the 5 year Bush war (1981 – ’86), which development in Uganda history has a number of issues to note; though much of what had been anticipated turned into hot air! They fought to restore the rule of law, however, under the much cherished administration by the likes of Naduli, their Government is at liberty to change the Constitution to suit the needs and aspirations of the leaders call it selfish interests which could easily yield to a vicious circle of instability hence more suffering by the Ugandans. His cherished Government has denied Ugandans the right to have federo type of Local Government which is cherished many. Those who went to the bush used the stolen DP victory to convince the public that the 5 year Bush war was worth supporting, and never in Uganda’s history have we witnessed electoral malpractices as have been experienced during NRM’s time. So, Naduli has a problem, may be his debts which have seen him go to Luzira are the problem which makes him talk as if he is satisfied with the status quo; yet when he is the same man who told Ugandans that he knew about the deal President Museveni made with Kabaka Mutebi when the war was still on. Hajji Naduli, many of us are simply fed up with the rot in NRM which development is likely to have long term effects for the future of the country; and it is for that reason that we look to change be it a cooperation of parties as long as it is a viable vehicle to help the country get back on the viable road to development
William Kituuka 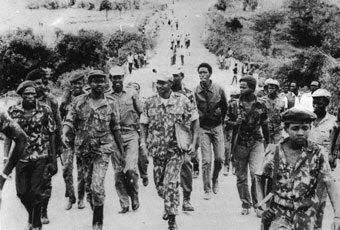 With this background of alleged broken promises, betrayed trust and unacknowledged roles, analysts think it will be difficult for President Museveni to weave another credible and sustainable political alliance with any group especially Buganda. This, they say, explains Buganda’s reluctance to enter any further agreement with Museveni.


Federo: Museveni walks in Obote ’s 1966 footsteps
Tuesday, 11 August 2009 19:12 By Patrick Matsiko wa Mucoori
The 1962 Independence Constitution granted Buganda a full federal status. Three other kingdoms (Ankole, Toro, Bunyoro - and the Territory of Busoga) were granted a semi-federal status. The rest of Uganda was governed by the central government under a unitary arrangement.
Phares Mutibwa, a Muganda historian, says in his book Uganda Since Independence: “The provisions of the constitution were such that it could not easily be amended, thus entrenching and enhancing further the interests of the federal states – especially Buganda, home of Uganda’s largest, best educated and wealthiest ethnic group.”
This was a sort of compromise between Buganda and UPC led by Milton Obote arrived at on the sidelines of the Lancaster Conference.
Although Buganda was among the national agitators for independence by 1962, ultimately it wanted federal status over and above the independence thus according it a special status from the rest of the country.
The principal architect and beneficiary of the federo demand was Buganda, but the other kingdoms were brought on board to give it a wider and national outlook. This arrangement to give Buganda a special status above the rest of the country was the genesis of today’s simmering friction between Mengo (the seat of the kingdom administration) and President Museveni’s central government. This arrangement led to the emergency of Buganda nationalism vis-a-vis Uganda nationalism. To date Buganda sees herself as a state and the rest of Uganda as a “neighbouring state” from which it expects bilateral respect. It is apparent Buganda has not accepted it is under the Ugandan state. For that reason it has failed or rather refused to submit its ethnic ‘nationalism’ to the Uganda nationalism. It’s the driving force behind her demand for administrative and political autonomy from the central government.
This system of a Buganda state within the Uganda state led to the confrontation between President Edward Mutesa and Prime Minister Milton Obote in 1966. Kabaka Mutesa who was a titular president had exaggerated his powers as head of the Buganda federal state and attempted to encroach on Obote’s powers who was the executive Prime Minister. The power conflict between the two culminated in the 1966 Kabaka crisis when Mutesa fled to exile after Obote ordered the army to attack Lubiri, the king’s palace.
To stop the power fusion between the federal state and the unitary state, Obote abolished the Independence constitution which had granted Buganda a special status. He replaced it with the 1967 constitution which abolished all kingdoms and turned Uganda into a republic.
In one of his most memorable statements against kingdoms, Obote said: “No dead man has a right to rule over the living, either directly through his heirs, or indirectly through his ghost?” (The 1966 Crisis by Dr Akena Adoko)
[President Yoweri Museveni] Even President Museveni, a traditional critique of Obote over the 1966 Kabaka crisis, acknowledged the dangers and futility of creating two power centres within one state when he appeared on WBS television show on July 12.