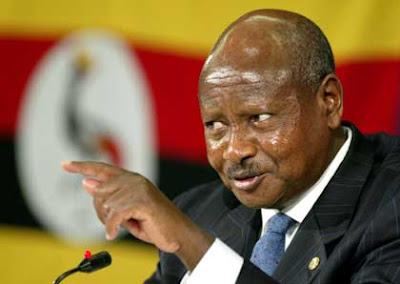 President Museveni ought to take seriously Internet Connectivity and affordability in semi - urban and rural areas
Uganda Government ought to be very serious about Internet Connectivity. It is true that corruption and out right theft has eaten a lot into what would go to help the welfare of Ugandans, in the circumstances, given fast connectivity via the Internet and good distribution, a number of Ugandans can fend for themselves and get financial resources and knowledge from the net. It is unfortunate that in many semi - urban and rural places, the Internet connectivity is still a big joke. The Government could go a set further and establish libraries where Call for proposals advertised on the net among other areas which normally have a lot of documentation can be accessed. The Government priorities have gone wrong, it is clear for every body who has eyes to see but then given some help, many Ugandans can use other avenues to get money so that they don't die destitutes in a country well endowed with resources.
Posted by williamkituuka.com at 3:58 AM