ELECTORAL COMMISSIONERS SHOULD HAVE RESIGNED OVER REMOVAL OF VOTER NAMES

Kiggundu's Commission through a deliberate act by some of the staff with the intention of denying some people their right to vote given that many are members of the opposition decided to unlawfully delete their names from the register and or changed their voting locations without the prior knowledge of these voters. Voting is a right of all citizens of Uganda 18 years and above, and because of what is believed to be political influence against the background of the alleged 9 million NRM Voters, the Commission deleted names which had appeared on the register by the time of display! This is how low the politics in Uganda has sank such that people no longer mind their rightful duties and are morally degenerated to the extent of denying many Ugandans their right to vote!

Human rights are rights inherent to all human beings, whatever our nationality, place of residence, sex, national or ethnic origin, colour, religion, language, or any other status. We are all equally entitled to our human rights without discrimination. These rights are all interrelated, interdependent and indivisible.
The principle of universality of human rights is the cornerstone of international human rights law. This principle, as first emphasized in the Universal Declaration on Human Rights in 1948, has been reiterated in numerous international human rights conventions, declarations, and resolutions. The 1993 Vienna World Conference on Human Rights, for example, noted that it is the duty of States to promote and protect all human rights and fundamental freedoms, regardless of their political, economic and cultural systems.
All States have ratified at least one, and 80% of States have ratified four or more, of the core human rights treaties, reflecting consent of States which creates legal obligations for them and giving concrete expression to universality. Some fundamental human rights norms enjoy universal protection by customary international law across all boundaries and civilizations.
Human rights are inalienable. They should not be taken away, except in specific situations and according to due process. For example, the right to liberty may be restricted if a person is found guilty of a crime by a court of law.
For violating the rights of a number of Ugandans to vote, the Electoral Commission of Uganda has no business in office. By this time, Kiggundu would have moved to dismiss all the staff involved in this unethical acts. Let some Ugandans not assume that when they are in Uganda they are not part of the global village. It is a shame to endorse the removal of names of mostly opposition members so as to ensure NRM Victory. Who ever is involved in this should surely be a candidate for Luzira. Sincerely, we cannot watch such decay go on in Uganda and look on when it is the tax payer money that is used by those who sit in offices to do stupid things. How on earth do Ugandans pay a person who eventually deletes them from a voter register? We are taking the decay too far! It should be treasonable removing a name of a voter from the register in an illegitimate way. Commissioners should be ashamed of some of these things. In Uganda we should live credible lives.
I remember a voter who tried to check for his name while we were on the line, while earlier it had been easy to get information, on the polling day, one was being requested for more information while earlier it was only the number on the voter card. Surely, though some people have decided to exploit the country, many of us need better service because these people will slowly leave these places and the country will continue on.
COMMISSIONERS
Chairman ENG. DR. BADRU M. KIGGUNDU ( CHAIRMAN)

Bachelors degree in Engineering (BSc 1969), MSc 1971 Carnegie-Mellon University USA and PHD 1981 University of New Mexico USA. Eng. Dr. Kiggundu is a Geotechnical/Bituminous materials specialist. His research in Geotechnical and Bituminous materials has contributed a lot in the study of the same. He was Associate Professor, head of Department, Civil Engineering and later Dean of Faculty of Technology at Makerere University. He has held chairmanship of several conferences on Earthquake disaster preparedness and Engineering in Uganda.
He has been a consultant on various road works rehabilitation projects and as Director Technology Consult Ltd. In Uganda, He has authored an excess of 50 publications. He is entrusted with the stewardship of the Electoral Commission as Chairman since November 18th 2002. He is in charge of Near East districts Top 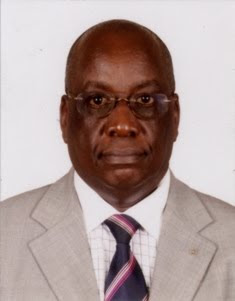 Mr. Joseph N. Biribonwa holds a Bachelors of Commerce with Hons. Degree from the University of Nairobi. He has over 35 years of experience in Commercial Management of Public Enterprises (Export and Import Corporation, State Trading Corporation, Uganda Hardwares Ltd, Uganda Pharmaceuticals Ltd, Uganda Electricity Board and Electoral Commission); he was a Commissioner, Electoral Commission from 2002 to November 2009. He has previously served on several Institutional Boards e.g. African Furnishing House, Makerere University Council, Uganda Aids Commission, etc. and currently is Chairman, Crane Bank and is also Chairman Munyoyo Commonwealth Resort Ltd. He has undergone local and overseas specialised training for Chief Executives, Procurement, Public Utility Management, Election Administration etc, including Executive Attachment at Manitoba Hydro, Canada. He has been a regular International Elections Observer to several African Nations. He is a retired Speaker of Bunyoro Kingdom, and a member/past President of the Rotary Club of Kololo. He is in charge of Central North Region. Top 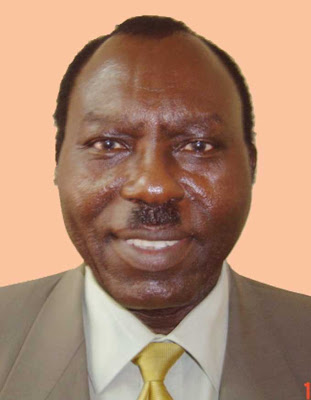 Mr.Tom Buruku has over 35 years experience in management and diplomatic service. He holds an Honours degree in Law from the University of Dar es salam. He worked in various positions in British American Tobacco Company(BAT Uganda Ltd)(1968-1980). 1981-1990 He served as secretary general, Uganda Red Cross. 1985-1990 He was appointed Director/Africa Department, International Federation of Red Cross and Red Crescent Societies in Geneva, Switzerland. Between 1991-1997
Mr Buruku served as head of delegation of the International Federation of Red Cross in South Africa and Sierra Leone. Currently he is the chairman Uganda Red Cross and Consul of the Republic of Ghana in Uganda.He has been awarded several Honours for his dedicated service to humanity notably: ORDER OF MERIT KINGS COLLEGE BUDDO, ORDER OF MERITORIOUS SERVICE BY FINISH RED CROSS AND HONOUR OF SERVICE BY THE SPANISH RED CROSS. Mr. Buruku is in Charge of Far East Region. Top 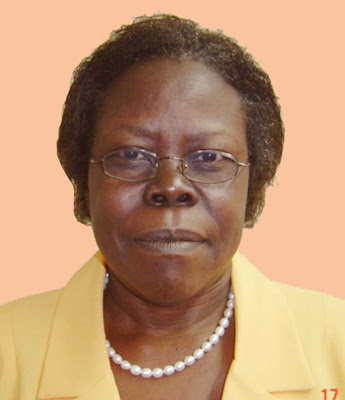 Dr Jenny B. Okello holds a BA of Arts degree in French and English from Makerere University, with a PHD (Linguistics) from Indiana university, Bloomington Indiana, USA. She lectured at the university of Ghana, Legon university of Ife(later renamed Obafemi Awolowo University) Nigeria and Makerere University in Uganda. She later worked for African Textile Mills as Personnel/Administration Manager and Government Central Purchasing Corporation as Personnel/Training manager. Commissioner Okello is in Charge of Central South region. Top 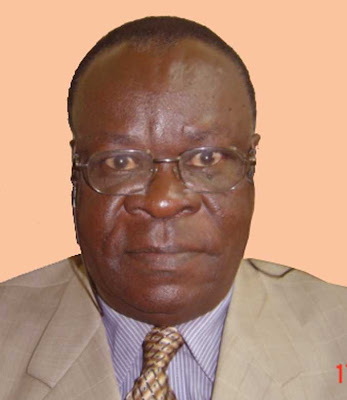 Holds a Higher Diploma in Textile Technology from the Institute of Textile Technology, Manchester, U.K He was a General Manager in various larger public Parastatal Textile Industries for 16 years Ã¢ notably; Uganda Rayon Textiles Manufacturers Ltd. Uganda Spinning Mill Ltd. Lira, Pamba (Mulco) Textiles Ltd. Jinja, Uganda Bags and Hessian Mill Ltd. Tororo under the umbrella of Uganda Developmetn Corporation. He was also a Member of Parliament for about 20 years, during which among other things, he represented the Parliament of Uganda in various regional and international fora. He, for instance, represented the Parliament of Uganda at the EU/ACP Parliament, in Brussels for a number of years. He was also one of the three MPs from the Parliament of Uganda who, together with 3 counterparts from Kenya and 3 from Tanzania, signed the East African Community Protocol establishing the Community in Dar-es-Salaam in 1998, on behalf of their respective countries. While in Parliament, he also served on a number of sessional and select committees. He was a delegate to the Constituent Assembly that debated and promulgated the 1995 Constitution of the Republic of Uganda. He was also the Chairman, Board of Directors of the National Transport Licensing Board. He is currently a Member of the Board of Directors, Kinyara Sugar Works Ltd. Commissioner Ongaria is in Charge of the North Region. Top 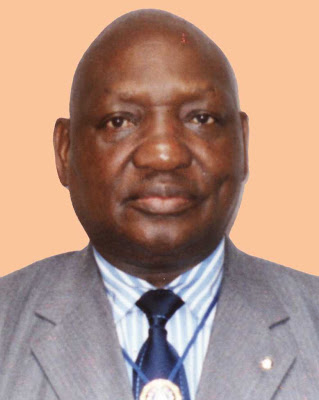 Bachelor of Veterinary Science – BVSC Univeristy of Nairobi, Post Graduate Certificate in Agricultural Extension Systems -National Institute of Agricultural Extension Management, Rajendranagar Hyderabad, India; Post Graduate Diploma in Animal Nutrition in Tropics and Semi Tropics-University of Hohenheim, Stuttgart, Germany, Masters Degree in Animal Reproduction and Fellow of the Royal Veterinary College, Stockholm (Sweden) – FRVCS. He has worked as Uganda High Commissioner (Ambassador) to the United Kingdom and Uganda’s Ambassador Extra-ordinary and Plenipotentiary to the Republic of Ireland; Chairman of the Board of Directors of the National Animal Genetic Resources Centre and Data Bank. Body responsible for the National Livestock Breeding Policy.Member of the Health Service Commission (Commissioner) – Responsible for appointments, promotions, training, welfare, discipline and retirement of All Health Workers; Member of Parliament representing Budaka Constituency in Pallisa District/Minister in charge of Micro-credit (Entandikwa) 1996-1998; Minister of State for Gender, Labour and Social Development in charge of Gender and Cultural Affairs (1999-2000); Minister of State for Energy and Mineral Development in charge of Mineral Development (2001); Commissioner for Animal Production Department, Assistant Commissioner of Veterinary Services and Animal Industry/Director of National Artificial Breeding Services, Senior Veterinary Officer in – charge of Artificial Breeding Centre, Entebbe; and many other responsibilities. He is in charge of South West Region. Top 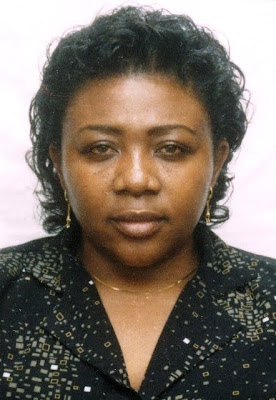 Mrs Mugabi Justine Ahabwe holds a Bachelor of Education Degree in English Language and Literature from Makerere University, and a Diploma in Secondary Education from National Teachers' College Kabale.
She has 18 years of experience in teaching where she has served in positions of Careers teacher, Director of Studies among others.
She is an ardent Girl Guide and was once a Girl Guides District Commissioner for Rukungiri District. 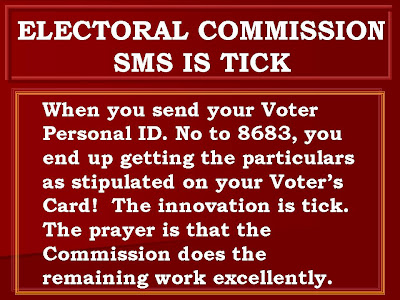 Posted by williamkituuka.com at 10:04 PM