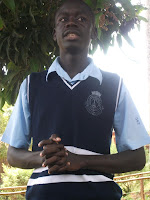 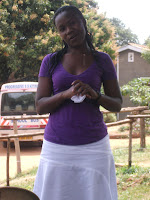 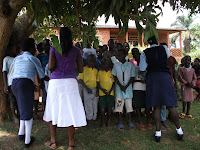 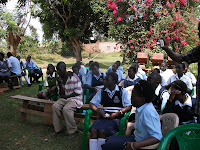 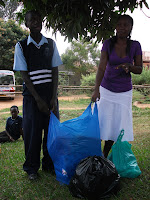 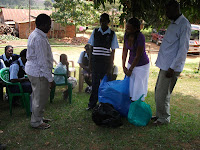 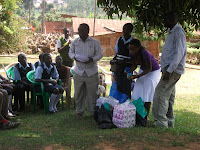 In the course of 2011, students of Kitintale Progressive Secondary School made a trip to Bweya Children's Home International. These students, out of their pocket money, they thought it wise to spare some shillings and buy some items for children who are vulnerable. They ended up at Bweya Children's Home. This is commended by children if they realize that they have brothers and sisters who don't have someone to give them pocket money as a routine because such a one is biologically responsible for their upbringing. What Kitintale progressive did for Bweya can be done by many children/students countrywide to help the education needs of their brothers and sisters. What Kitintale did is comparable to what I proposed sometime ago in the name of Donor's Clubs as is below.

ABOUT DONOR'S CLUBS
We are all aware of the high drop out rates in schools due to the cost and if students can form of Donors’ Clubs at class level in each boarding secondary school for a start, chances of bailing out many needy children is possible.
Raising financial resources by vulnerable children to meet the cost of education in Uganda is the major reason for non attendance at school. The Common Country Assessment of Uganda, UN, 2004 says that only 24% of boys and 21% of girls in the 2003 Universal Primary Education (UPE) completed Primary Seven (P7). While Education is nominally free of charge, the 2004 National Service Delivery Survey, Uganda Bureau of Statistics, 2004 found that payments were often requested. There are associated costs, such as Transport, Uniforms, Exercise books, Geometry sets, capacity to do homework (no fuel); 63% of those dropping out of school cited cost as the main reason. One in four children from urban households can count on receiving secondary education while one in ten from households living in rural areas is likely to have access to same level of education. Orphan hood is a major barrier preventing school attendance; and those due to HIV/AIDS who are under 18 years are over 900,000, and, with a population growth rate of 3.4% per annum, the situation worsens with time. Yet, according to the Uganda Demographic and Health Survey (UDHS) 2006, Uganda has a young population with the majority 52% below 15 years. Loss of parents results in lack of proper care hence limiting access to education. It is important getting a solution to the would-be uneducated children as they add to the army of the uneducated whose prospects to development are under exploited. Secondly, the non-school going children are constantly looking for support in for of bursaries yet many cannot access them leaving them frustrated. There is evidence that many vulnerable children when availed education opportunities are positive development agents as deprivation induces them to deliver to society. Leaving them uneducated induces them to criminals.
Why the 10% Donors’ Clubs?
Not long ago, parents turned up for a Visitation at St. Mary’s Secondary School Kitende. Unfortunately, on the way back, one parent died in a motor accident on Jinja Highway . This is one of the many cases where students lose parents and they are unable to continue with studies. In other instances, some bright children are admitted to secondary schools but due to lack of fees, these ones either go to very poor schools if they don’t drop out of school completely. The 10% Donors’ Clubs is therefore an initiative to bail out students with such problems not forgetting the many whose parents are being claimed by HIV/AIDS. It is also an initiative to encourage the students at an early age to have a practical feeling for the deprived. It also focuses on helping bright vulnerable children to get education given that the chances that (the helped) have a big potential of making sound contribution to the development of the country.
Deciding on the beneficiary
Members at class level may agree on helping a chosen student; it could be a classmate or a known child out there or; the school administration could make a proposal say among admitted students of one or a number of such students with fees problems. Because the exercise should be done every term, chances of supporting an identified beneficiary through secondary school are great. If this exercise takes off in all boarding secondary schools in Uganda ; the total number of beneficiary students may not be few.

William Kituuka Kiwanuka
Posted by williamkituuka.com at 2:54 AM