Poll results don't make sense, the issue is that President Museveni should have left office if the Constitution was not manipulated 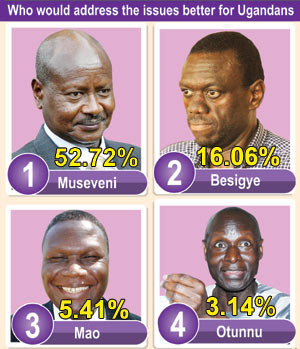