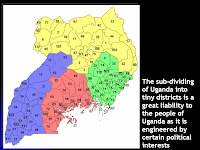 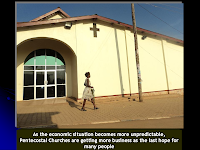 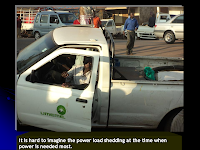 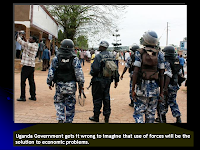 UGANDA GOVERNMENT SHOULD PUT IN PLACE A COMMITTEE TO VET ALL EXPENDITURES BEFORE IMPLEMENTATION
The NRM Government must realize the bad situation the economy of the country is in, and in the short term come up with a committee to sit on a daily basis analyzing the situation and also recommending whether specific expenditures by Government should be made. It is sad to see the situation regarding Sugar and wonder how the Government could have been caught off guard given that it has figures regarding the demand. It looks like many people have left the duties they ought to do and are taken up by issues which don’t help the economy at all. It is also time to check expenditures by State House. No money should be put into the economy without being properly vetted. It is politics that is messing up Uganda’s economy. There is also need to look at the way donor funds are being spent. It is possible that some of these funds are going into consumption. There is a lot of money with some people while majority are empty handed. The source of this money must be investigated and something done about it. When one sees what is going on in the building industry, for sure, a good number of people constructing at this time may have got money during the elections time and this is greatly doing havoc. For once, President Museveni should leave the technical people manage the economy. He should desist from giving instructions to see money dished out. The economy has reached a phase where if we had real democracy to talk about, the solution would have been to impeach him. It is sad to see people not able to make any worthy financial plans now because the financial situation is so unpredictable. Recently it was reported in the press how Bassajjabalaba was demanding for shs 140bn or so. The question is, how does he come to have command to such money? If these situations are not investigated and a lasting solution got, it will be most unfortunate. You cannot have a country where every other day people are striking and the powers are unbothered. The institution of the forces is generally not productive. So if Government imagines that it will keep deploying forces to cool people down as the prisons are filled, this unfortunately is no solution. Let technical people be given the command to manage the economy without powers from above which powers are messing up. How come that the country is borrowing a lot but keeps selling peanuts to generate foreign exchange which situation is keeping the shilling depreciating? There must be a balance sheet produced for what is happening and remedy got otherwise it is most unfortunate. If a reduction in taxes can make some sense let it be. It is sad for example to imagine that people will keep paying power bills when at the time most households need this power it is load shedding that they are witnessing. Let us have our priorities right. Let somebody be in control. Let us get to know exactly how much money is in circulation, how much is out of the banks and where possible control the Forex transactions. Those economies that have regulated Forex business are not silly, our countries are so vulnerable to external forces that even an owner of a telecommunications company can destabilize the economy. So, controlling the Forex market so as not to leave it 100% in hands of private operators makes a lot of sense. Time is now for Government to get active into auditing virtually everywhere it is involved. It is sad that the creators of wealth are yawning, yet those who do politicking business are talking big and have the money. Government must get its priorities right so that the skilled manpower are rightly cushioned from shocks in the economy as of now. Instances when we have had emergencies at Mulago and other hospitals speak for themselves. People expected of saving lives MUST be paid what is worth their work. In Uganda it is now a scandal when you see the people who are paid highly. Those who can sing NRM praises! That does not make economic sense. It is also very important that His Excellency the President for once takes the word from the technical people. It is sad for a leader not to listen and have people work as robots for what these people know is wrong and will ruin the country.
Posted by williamkituuka.com at 8:16 AM