IF NAGENDA CAN ALSO FALL OUT WITH MUSEVENI, THOSE WITH BRAINS OUT TO THINK DEEPER AS THEY SING MUSEVENI PRAISES 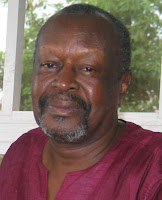