IS MUSEVENI PUSHING FOR ACQUISITION OF MABIRA BECAUSE LEASES HAVE EXPIRED AND VERY EXPENSIVE FOR SCOUL TO RE - KNEW?

Museveni wants to give away part of Mabira Forest 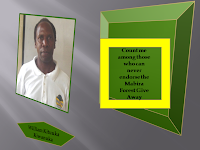 It may not be clear to the common Uganda citizen why the President is pushing at all costs to acquire Mabira’s 7,100ha for Mehta’s Sugar Corporation of Uganda Ltd (SCOUL) to undertake the alleged expansion of his Sugarcane Plantation. Why do I say ‘alleged?’, the reason is found in a publication by Uganda Land Alliance – April 2007, entitled: “The Potential Impacts of Allocating Government Land and Land Held in Trust to Investors on Local Economic Development: A Case of Mabira Central Forest Reserve.”
Under SCOUL at a glance (2003) it is indicated that the area under cane is 9,000ha, however, regarding the Expansion of SCOUL’s production, it is written that the company has devised two strategies: Increasing on the out-growers’ scale and a lease of 7,100ha of Mabira Central Forest (MCF). According to the report from the Inter-ministerial Committee that carried out an assessment of Mabira forest, it was reported that the request for land in Mabira from SCOUL was forwarded to the Ministry of Lands through State House. They made a visit from 24 – 26 October 2006, and had consultations with Mehta Group which yielded justifications for SCOUL’s request for land, among which are:
1) The claim by Mehta that part of the forest is heavily encroached upon and that much of the tree cover of the area they want to takeover is composed of inferior trees;
2) Acquisition of land locally had failed. In some instances land owners were not willing to sell, however, stakeholders in Mukono and Kayunga mentioned to the Inter-ministerial Technical Committee that they had land and were willing to sell or rent it provided they were given fair prices at the going market prices;
3) And that failure to acquire the land for expansion has the following implications:
a. Running out of business due to unfavourable competition in the sugar market,
b. The country will continue to lose foreign exchange to the tune of $25 million due to the importation of sugar,
c. The plan to expand electricity co-generation (to 12 MW) and alcohol production (to blend with petrol) will be jeopardized.

However, it is true that SCOUL has a total of 17 scattered sugarcane plantations mainly on leaseholds which have already expired! The leaseholds were obtained at an average price of UGX 10,000 per acre for a period of 49 years. Today, the land owners are demanding for about UGX 1,000,000 – 2,000,000 per acre for the renewal of the lease. Given SCOUL’s failure to pay the market price for land, some of the landowners have recalled their property; an evident example being the location of former Lugazi University.

The question raised is whether it is true that the land needed is for expansion of the Sugarcane estate given that leases on which the estate is have expired. Second, is it just for Mehta to have made the proposal to Government that he acquires Mabira Central Forest?
All in all, the Government of Uganda should get to terms with the owners of the land whose leases have expired and propose the buying of this land from them such that the beneficiaries are paid over a period of time, or have the land returned to them on condition that they grow sugar cane to boost the Sugar industry in Uganda.

We have to agree that Mabira cannot be tampered with just like that given the volumes of what has been written about the possible implications, hence the Government should settle for the possible alternative options which leave Mabira intact.
Some of my works can be accessed on the following links:

LEGISLATORS REJECT MUSEVENI'S MOVE TO GIVE AWAY MABIRA
Already battling fresh protests from the opposition over the high cost of living, President Museveni faces a revolt from his party over the planned giveaway of Mabira Forest Reserve to sugar miller Mehta’s Sugar Corporation of Uganda Limited, SCOUL.
Trying to exploit the current sugar shortages to push for the giveaway of the forest that he first unsuccessfully tried to expropriate in 2007, Museveni summoned ruling party legislators to meet over the issue at State House Entebbe last week.
However, in the second instance of rebellion by his party in four months, legislators roundly rejected the proposal. While there was no objection to an increase in sugar production, the NRM legislators were opposed to the idea of giving away a natural forest citing environmental concerns.
Mabira forest is a catchment area for Lake Victoria whose destruction will negatively impact on the lake. The forest is also gifted with a host of biodiversity that is important for ecotourism.
It is one of the thickest tropical forests in East Africa and plays an important roles in carbon intake thereby reducing greenhouse gas emissions.
“I am the chairman of the Parliamentary Forum for Climate Change and I know the value of that forest in as far as climate change is concerned. I will not support its giveaway because there is alternative land being offered on leasehold by the Church of Uganda and the Buganda Land Board,” said Ezra Kwizera, deputy chairperson of the Natural Resources Committee.
At the peak of the sugar scarcity, a kilogramme of sugar sold at $3.5, up from $1.5 within a month. Museveni still blames sugar scarcity on shadow Cabinet minister for energy Beatrice Anywar after she successfully led a mass demonstration against the Mabira giveaway in 2007.
“If the government had given alternative land in 2007, the sugarcane would be under harvest now. The president should stop the blame game and diverting people’s attention from the current economic crisis, rising unemployment and poverty,” said Ms Anywar.
The popular view is that the government should help local farmers to grow sugarcane and sell to sugar processing companies.
A section of the population is now questioning whether the sugar scarcity is not an artificial creation to justify the giveaway of Mabira to the Mehtas, who seems to have paid for the land already.
Apparently, Mabira is not the only land planned for sugarcane activities. In his speech to district leaders and agricultural officers, Museveni also gave a three-month ultimatum to the government to give prison land in Masindi, western Uganda to another sugar company, Kinyara Sugar Works.
A third proposed piece of land in Amuru has been suggested for construction of a sugar factory. With local people nurturing the belief that beneath it, there is a likelihood of oil, Museveni would be treading on thin ice again.
“We have hope that Amuru land is one of those areas earmarked for oil prospects. Now he wants Madhvani to pay money before we know how much oil we have,” said Ms Anywar.

By HALIMA ABDALLAH, The East African
Posted by williamkituuka.com at 1:56 AM