The Late Besuel Kiwanuka was a dedicated teacher 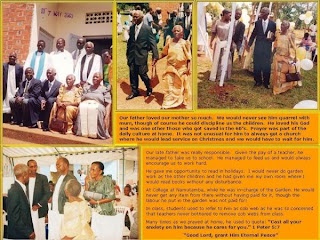 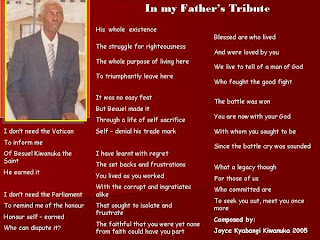 Around midnight on September 30, 2004 I got a call from my brother Mwesigwa informing me that our father Besuel Kiwanuka had earlier during the day been admitted in critical condition at Nsambya Gonzaga Ward. Given that it was already late, I decided to check on him early in the morning of 1st October 2004.
At the hospital, my father narrated what he had gone through prior to admission at Nsambya. He had developed pressure; headache; fever and dizziness. However, as he talked he seemed to have got some relief.
On the morning of October 3, 2004 at 8.30am, Mwesigwa rang and he told me, "Taata agenze," (Father has passed on!). Father was buried on Monday October 4, 2004, and life has never been the same. I am however grateful to him as I learnt a lot from him.
On February 17, 2010, I went to Nsambya hospital to have forms for the birth of my child born on May 25, 1990 endorsed. After the endorsement, I had opportunity to check on the bed where my father breathed his last.
On May 17, 2003 Mr and Mrs Kiwanuka celebrated 50 years in marriage, little did we know that he was saying bye to us!

The Life of the Late Besuel Kiwanuka
1. As a family man, he shouldered responsibilities very well; he managed not only to feed the family, but also educate all and provided good guidance;
2. The relation with mother was excellent – we never saw a fight, direct confrontation, nor did our mother ever leave home because of misunderstandings;
3. As a teacher – at College he was nicknamed "Cob – web" he would always ensure he would always ensure that his class had no cob webs and that is what he told the teachers he was teaching always to ensure.
4. As a Garden teacher - he never got things out of the College Garden without paying for them though in many cases he was putting in his own labour which would have been paid for. Our father helped the garden efforts for Ssisa Church of Uganda, and this was an income project for the Church. 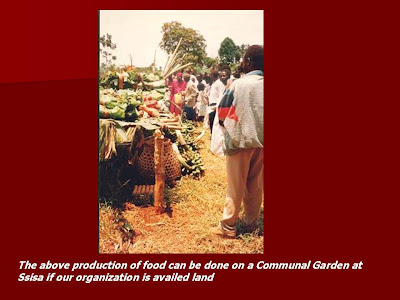 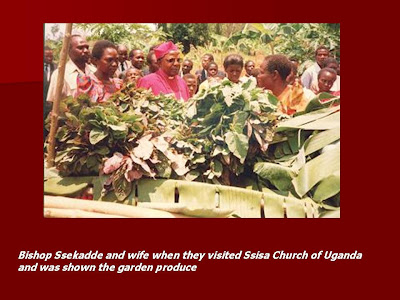 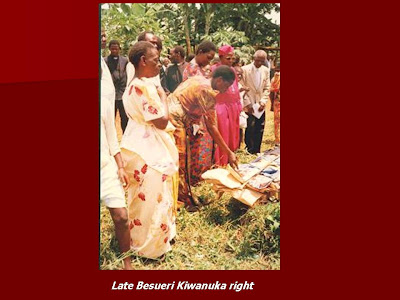 5. As a saved/religious man, he was an epitome of a model saved personality and he would spare time to preach.
6. Our father used the quote: "He careth for you" 1 Peter 5:7 – "Cast your anxiety on him because he careth for you."

Our father spent most of his working career at Namutamba Teachers' College and many students went through his hands and guidance. There is time when nearly the whole staff of Namutamba Teachers' left given the bad relation with the Principal, however, Mr. Kiwanuka stayed and new staff joined him there.
Posted by williamkituuka.com at 6:06 AM