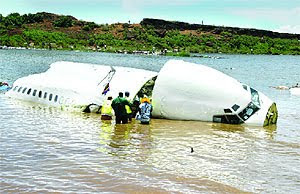 The National Aviation Authority (NAA) is the government statutory authority in each country that oversees the approval and regulation of civil aviation. Due to the inherent dangers in the use of flight vehicles, NAA's typically regulate the following critical aspects of aircraft airworthiness and their operation:
• Design of aircraft, engines, airborne equipment and ground-based equipment affecting flight safety
• Conditions of manufacture and test of aircraft and equipment
• Maintenance of aircraft and equipment
• Operation of aircraft and equipment
• Licencing of pilots and maintenance engineers
• Licencing of airports and s
• Standards for air traffic control
Depending of the legal system of the parent country, the NAA will derive it power for an act of Parliament (such as the Civil or Federal Aviation Act), and is then empowered to make regulations within the bounds of the act. This allows technical aspects of airworthiness to be dealt with by subject matter experts and not politicians. The NAA may also be involved in the investigation of aircraft accidents, although in many cases this is left to a separate body (such as the ATSB in Australia or the NTSB in the USA), to allow independent review of regulatory oversight. The NAA will regulate the control of air traffic but a separate agency will generally carry out Air Traffic Control functions.

Given the above background, doesn't the story below leave the CAA to blame?Eleven people died, including two Ugandans, when the Russian Ilyushin plunged into the lake shortly after take-off at Entebbe on March 9. The plane, operated by South African Aerolift and chartered by Dynacorp International, an American company, was destined for Mogadishu with supplies for the African Union peacekeeping mission. The report by a probe committee, headed by Col. Chris Mudoola, noted that the navigator of the plane, a Ukrainian national who also perished in the crash, was using a forged First Class navigator license which was issued to another person in 1996. To the Ukrainian authorities, it appeared that “the certificate was altered, including the insertion of the navigators photograph,” the report said. The probe team also observed that the performance of the crew could have been affected by the possible effect of alcohol and fatigue as a result of lack of sleep. Various reports indicated that the crew members were seen drinking alcohol the night before. It further noted that based on available records and interviews, the operator did not ensure that the aircraft was airworthy. There was no evidence that the anomalies associated with the dual loss of engine power, which had occurred three months earlier, had been addressed, it said. The aircraft on December 15, 2008 lost engine power after take-off from Entebbe for a flight to the Democratic Republic of Congo, prompting the crew to abort the flight. In some of its disturbing findings, the report noted that the Civil Aviation Authority (CAA) lacks trained personnel to carry out safety oversight of aircraft manufactured in the former Soviet Union. Nevertheless, it is forced by ‘external forces’ to approve such flights. “With regards to such aircraft, CAA experiences difficulties ascertaining the authenticity of the submitted documents,” said the report. “Also, CAA encounters difficulties with the interpretation and understanding of the aircraft manuals. Furthermore, there are external forces that influence the CAA approval process.”
Posted by williamkituuka.com at 2:32 AM