Uganda is reaping fruits of being evil 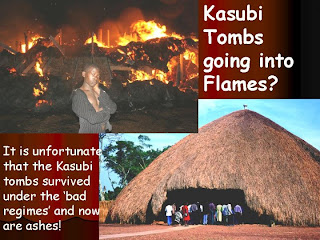 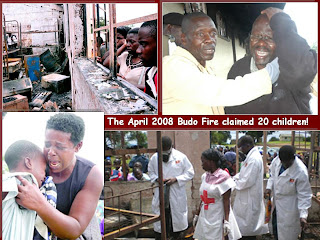 It is unfortunate that we are reaping the fruits of being evil! When the 5 year bush war was fought and many people lost their property; and others life; many of us jubilated, but some kept a distance because it was clear that the country was set on a new footing which was difficult to predict, and now we are reaping the fruits. In the 60’s and through the 70’s; employees of Government were surviving on their pay, at least the pay made sense. We had schools which did not need perimeter walls around them; today, insecurity is the order of the day! Talk about the people freely moving with arms and those who own personal forces not forgetting the many uniformed and non-uniform armed personnel we see all armed.
A group disguises itself to liberate the people and you find many in its ranks just looting the country! In the process of looting or stealing; any one who talks about the evil is a criminal! Can you imagine how things have changed in this country? A highly placed person told me of a school where it was realized that the set exams was different from what had been leaked to them. In that school, students got some 30 minutes briefing before the students sat for the paper. And when results came back, the school was one of the best in the country! Unfortunately, other schools are victimized and such schools keep reaping!
When we have a Government with so many pockets of security personnel; so many imagining that they are in good books of the President and are at liberty to do whatever they wish, you can know that the country is in real danger. It disturbs to get a report that Fire fighters got to Kasubi and some people stopped them from fighting the fire. The question is; who are these who were so early at the scene yet wanted the Masiro completely burnt down?
Leadership is complex, however, in the situation of Buganda and the Central Government; it is unfortunate that the central Government is unbothered as it becomes more unpopular all the time. The one who put the Masiro on fire must have known that the central government was to be blamed in the end. So, if that is obvious, for what reason should Government keep on with differences with one region instead of solving them? The Government renting Buganda properties and for years does not pay rent is difficult to believe, but its the fact. The question is, what motivates Government not to pay? Assuming it is out of power come 2011, should the forthcoming Government recover from the assets of those responsible for having seen these payments made? It is difficult imagining these situations yet they are real! You can imagine the misguided action of the central government when they refused the Kabaka to go to part of Buganda; the eventual outcome was the closure of CBS Radio now over 6 months with 109 employees out of employment! Is that logical? Was there no other way of solving the problem? We cry of poverty yet the policies of government are no better than creating poverty!
We are corrupt; we are failing to see what is wrong even when it is clear. One finds the same Ugandans who are elected by the people endorsing the extension of the President in office for the sake of shs 5,000,000/-. There is no better poverty and evil at heart than this. This is the reason that people are suffering simply because of irresponsible legislators! Imagine the unemployment levels in this country, it is unbelievable but it is true! Government priorities are simply misplaced, one finds that even those you imagine have qualifications worth talking about; as long as they are to benefit from fake policies they simply endorse them.
We look forward to change and meaningful change in this country. Hopefully Ugandans will see sense and join hands to embrace such change. Why should we be always at the mercy of some people? Ugandans are so desperate now, and indeed there is need to see that and do things right.
Posted by williamkituuka.com at 1:18 AM