Winnie Byanyima is so silent 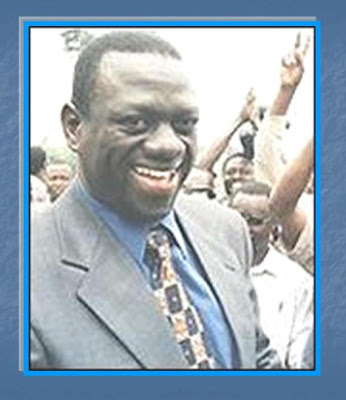 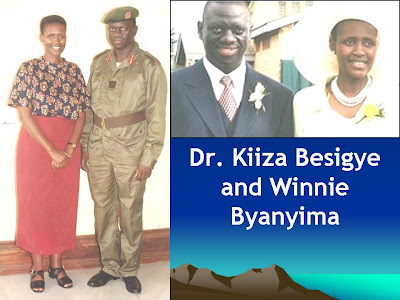 Dr Kizza Besigye
By Anna Borzello in Kampala
Source: http://news.bbc.co.uk/2/hi/africa/1191395.stm
Kizza Besigye is the first credible challenger to President Yoweri Museveni's 15 year hold on power.
In the 1996 presidential elections, Mr Museveni campaigned as a Movementist - the political system he says is an alternate form of democracy - and his opponents say is a one party state.
His main challenger then, Dr Paul Ssemogere, stood for the return of political parties.
To belittle his opponent at that time. Mr Museveni did little more than repeat his mantra that parties in the past brought chaos to Uganda.
The 44-year-old Dr Besigye, however, cannot be so easily dismissed.
Tough challenge
He is standing as a reforming Movementist. Saying no to cronyism, no to corruption, no to personal rule - and yes to democratisation.
Dr Besigye has support among dissatisfied Movementists.
He has also forged an alliance, based on little more than an anti-Museveni stand, with Dr Ssemogere.
Furthermore he has signed up former convict and ex-mayor of Kampala, Haji Nasser Ssebegala, who has a huge following among the politically crucial Baganda ethnic group.
Right experience
Dr Besigye's political credentials are impeccable.
Soon after qualifiying as a doctor he helped found Museveni's Uganda Patriotic Movement, which did poorly in the 1980 elections.
After a stint in Nairobi, Dr Besigye returned to Uganda to take part in the guerrilla war started by Yoweri Museveni and his National Resistance Army.
Mr Museveni said that the 1980 election was rigged.
Dr Besigye, who was Mr Museveni's personal physician in the bush, eventually rose to the rank of colonel. 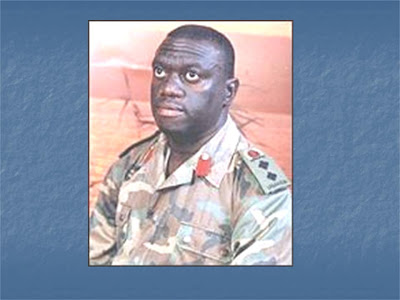 In 1986 Museveni's rebel group, the National Resistance Army, came to power.
Dr Besigye, a quiet and serious man from western Uganda, went on to become a state minister twice, as well as the Movement's principle political ideologue.
From the early 1990s, however, Dr Besigye began to fall from grace.
His supporters believe his light had begun to shine too bright, and he was given less demanding work.
Dr Besigye's return to the limelight began in 1999, when, in a lengthy document, he accused the Movement of being undemocratic, dishonest and corrupt.
His comments caused uproar and he was threatened with court martial.
The situation dragged on until the end of last year, when he was finally allowed to retire from the army.
Candidate
A few weeks later, Dr Besigye announced his presidential aspirations.
By his side was his wife, the highly intelligent and ambitious MP, Winnie Byanyima who was once a close personal friend of President Museveni. Together they present an imposing team.
Dr Besigye says he will win with 70% of the vote, although opinion polls have consistently put him behind President Museveni.
One thing, however, is certain: whatever the outcome of the 12 March poll, Dr Besigye's candidature has electrified an election that was otherwise sure to have been a shoo-in for the incumbent.
Posted by williamkituuka.com at 11:52 PM