Government has considered Water Harvesting in the 2010 Budget 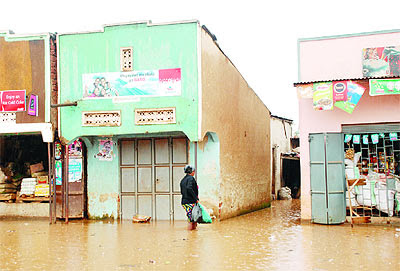 The rain we saw yesterday, 22nd February 2010 in a good part of Uganda can better be utilized instead of being a liability if Government could prioritize water harvesting. Many roads were and are actually damaged by this run off, property including children being carried by the water. It is true if this water can be harvested at household level, people may access cleaner water for domestic use; much of it will not be available for damaging the roads, name it.
I wish to propose that those who hope to take the country after 2011 should incorporate Water harvesting as a priority.
William Kituuka

Part ofthe budget:
58. Mr. Speaker Sir, rainwater harvesting aims at supplementing other efforts to improve safe water supply, which currently stands at 65 per cent. The main intervention is to implement demonstration schemes and subsidizing of rain water storage tanks for basic household consumption and promote use through raising awareness. A total of 385 rainwater harvesting systems were constructed by 2007 in the districts of Mbarara, Bushenyi, Isingiro and Kabale Districts. In financial year ending, 340 rain harvesting systems are under installation in Kakyera, Lwamagwa, Ddwaniro, and Kyalulangira sub counties in Rakai District and in Namasagali and Balawoli Sub counties in Kamiuli Districts.
Posted by williamkituuka.com at 10:41 AM