Why Voters may disappoint Candidate Museveni in 2011 General Elections 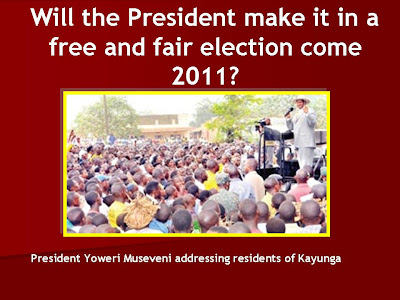 If the opposition unites to see candidate Yoweri Museveni go after the forthcoming General Election, no Museveni gods may fail his exist. The reasons why they want him to go are among others:-
Issues specific to regions:
1) The Odoki Commission reported that over 60% Ugandans who responded to the type of Governance wanted a Federo system. President Museveni’s leadership instead opted for decentralisation which has not delivered what people want. Any pleas to have federo as a local government arrangement are simply ignored and alternative systems proposed.
2) Pressure on Buganda – In the past, there was near to balanced regional growth. Since the NRM got power, pressure has mounted on Buganda and Baganda have been made insecure as land is not readily available and very expensive. Yet those from other areas are dictating terms for Baganda in an attempt to safeguard investments made in Buganda. 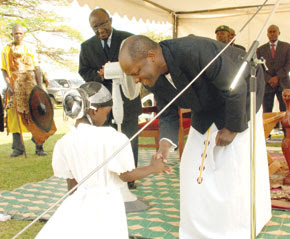 General issues/observations:
1) President Museveni came on a ticket of 4 years, however, after implementation of extension schemes, he still wants another 5 years after the expiry of 25 years at head of Government!;
2) Through President Museveni’s influence as the major beneficiary, the 1995 Constitution of Uganda was revised and the 2 term limits were removed against the background that the reason for a maximum of 2 terms was against the bad history the country had gone through, and this amendment is opportunity to see the bad history become a reality again.
"Four opposition parties: Forum for Democratic Change, Uganda Peoples’ Congress, Jeema and Conservative Party under the Inter Party Coalition (IPC) are planning to table before Parliament new constitutional amendments on Tuesday May 11.
Among the amendments is a proposal to have two presidential term limits restored; disbanding of the current Electoral Commission and the removal of the army from Parliament.
While addressing the media at Parliament today, the acting Leader of Opposition, Kassiano Wadri said that the opposition agrees that the amendments are important especially as the 2011 general elections approach.
Wadri says if the ruling National Resistance Movement government throws out their proposals in Parliament, they will not hesitate to take the matter to the Constitutional court for interpretation."
3) Governments’ intention to pay a salary to Chairmen of LC1 is yet another ‘innovation’ to impoverish the tax payer the more. LC1 chairpersons are supposed to do voluntary work, those who cannot afford should opt out;
4) President Museveni dropped the late Dr. Samson Kisekka from Government in a very humiliating way;
5) The budget speech of 2003/04 under Article 43: Public Administration it is stated that, “Expenditure on public Administration has continued to be a burden on the budget, crowding out spending on other critical priority programmes. Currently, expenditure on the sector is second only to Education, with an allocation of 17.7% of the Government budget. There is need to reduce the cost of Public administration, so that resources can be freed for use in other productive areas such as infrastructure and strategic exports. In March this year, H.E. the President approved most of the recommendations in a study that he commissioned on the subject, in march 2002.” Unfortunately, looks like this position has since not been taken seriously by Government as public expenditure is simply on the increase and more so, politically motivated;
6) The Auditor General reported that the Consolidated Fund had been overdrawn in billions; this in one instance as at 30.6/1999; the balance was shs 776,236,548,778. The Consolidated fund should however have a credit balance;
7) What are the names of the UPDF soldiers who died in DRC? “Thousands of Uganda People’s Defense Forces (UPDF) soldiers have died in the war in the Democratic Republic of Congo (DRC), rebel leader Prof. Ernst Wamba dia Wamba has said. In an open letter to the people of Uganda,” a copy of which the Monitor saw, Wamba, the President of the Uganda backed RCD – Kisangani rebel group said that since 1996, “Uganda has lost thousands of soldiers so that the Congo may come out of the current crisis.”
8) Government has looked on as people have encroached on forest cover which development has serious implications for the climate of the country and given that it is an agriculturally based country; 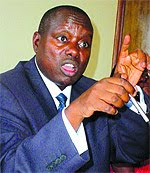 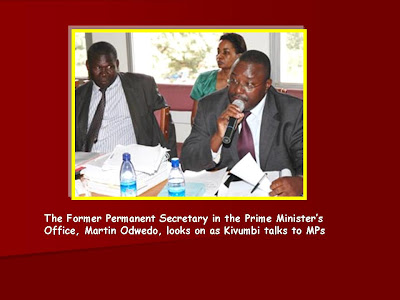 MPs probing the Commonwealth summit expenditure have unearthed numerous irregularities in the awarding of the sh2.4b media and publicity contract.
The contract was awarded to Saatchi and Saatchi and Terp Group during the preparations to host the summit in 2007.
MPs on the public accounts committee yesterday discovered that out of the 17 companies that submitted their bids, 16 were disqualified because they allegedly had no trading licence, bid submission, certificate of registration, VAT registration or income tax clearance.
They also discovered that although the evaluation committee had recommended the contract price of sh1.8b, the contract committee revised the cost to sh2.4b after adding one item.
The MPs also discovered that the director of information at the time, Kagole Kivumbi, was the head of the user department, the chairman of the evaluation committee and the chairman of the negotiation committee.
The MPs asked Kivumbi and the principal procurement officer, Margaret Meke, to explain how established companies such as Vision Group, Picfare, Sameer and the Uganda Publishing and Printing Corporation, could be disqualified on grounds of lack of trading licences.
23) It is sad for the President to keep looking down on donors who are actually helping to fund not only over 30% of the national budget but are also involved in a number of activities as NGOs in boosting the welfare of Ugandans;
"Museveni says Africa needs help in areas of energy, roads and railway construction as well as in the education and health sectors but not political help. He says he does not need any foreign advice in organizing elections, an area that the development partners have concentrated on in the recent past, with calls for major electoral reforms. The President insists that he does not lecture on issues on which he considers himself an expert, urging them to divert their help to where it is needed."
"It is not authenticated but a report purported to be by US Secretary of State Hillary Clinton to the American Congress on the 2011 Uganda elections could have serious implications.
The report is the first in a series that the US Congress, in an unprecedented move, asked Clinton to write after every 30 days regarding the government of Uganda actions on the 2011 elections.
Congress’s directive was interpreted as a sign that the US is taking a hawkish view of the government of Uganda behavior and could take punitive action.
There is speculation that if the does not carry out reforms to ensure free and fair elections, the US may cut its aid to Uganda and also influence other development partners to follow suit.
The intention appears to be to nudge President Yoweri Museveni, who has been in power for 24 years and has won election mired by fraud and violence, to hold a clean election in 2011.
The MP for Busongora South, Christopher Kibanzanga, told a journalist: “The donors have the key; they pushed President Museveni to accept multi-partyism and when they called him over the Anti-homosexuality Bill, the President immediately changed his position. If the donors tell him to accept the electoral reforms we are pushing for as the opposition, there is no doubt he will accept them within days.”
24) The handling of the corrupt with kid gloves is simply unacceptable. By now there would be a collection account where the big thieves would deposit the loot recovered from them; what may have been done so far is a drop in the ocean given what has been siphoned off; 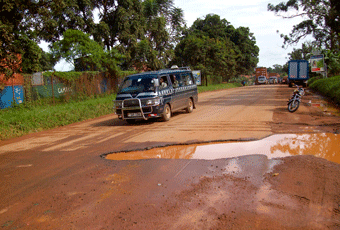 25) The continued big and would be uncalled for expenditure on the national army (UPDF), ever since 1986,the army has taken a big share of the national resources that would have helped development efforts elsewhere; this is so because of interventions at times in other people’s wars;
26) The President has continued to use rewards to favour his continued tenure in office, and this is wrong more so when tax resources are used;
27) For a poor country like Uganda, keeping the lifestyle of President Museveni is a big liability to the country’s resources. When you see the security detail when he is going out of the country and when he is coming back; talk about the cost of maintaining his motorcade, this is all a big burden to the tax payer; 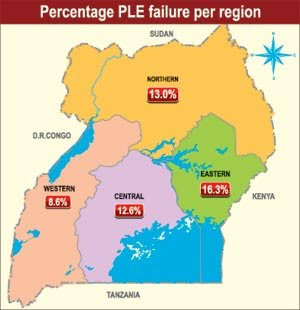 Government to pay LC1 salaries - Source:http://www.monitor.co.ug/News/National/-/688334/931162/-/x0q6iv/-/index.html
By Benon Herbert Oluka
Posted Thursday, June 3 2010
Kampala
The government will start paying salaries and allowances to local councillor leaders, including those at village and parish level, this July. The decision was communicated to local government officials by the Permanent Secretary of the Ministry of Local Government, Mr John Kashaka Muhanguzi, in a letter dated May 13.
Source of money
“In appreciation of the contribution of the local government leadership to the country’s service delivery and governance, government has decided and approved that salaries and gratuity for local government political leaders be paid from the Consolidated Fund,” wrote Mr Muhanguzi. He wrote that the gratuity payable to eligible local government leaders shall be 30 per cent of their salaries with effect from July 2010.
Officials to receive gratuity payments are district chairpersons and their deputies, Speakers, members of a District Executive Committee, chairperson of a District Service Commission, Mayors of Municipal Councils and their deputies, Chairpersons of Divisions and LC III Chairpersons. The government started paying these officials salaries three years ago.
According to a Local Government Ministry circular dated May 27, the government will spend Shs4.03 billion on gratuity in the 2010/11 financial year.
Mr Muhanguzi added that effective from July 2010, a district deputy speaker will be paid a monthly allowance of Shs200,000 and district councillors will be paid a monthly allowance of Shs100,000. These allowances will cost the government a total of Shs2.8 billion.
Chairpersons
The government will also start giving an annual ex-gratia payment of Shs120,000 to chairpersons of each village, parish/ward. Ex-gratia payments, which refer to compensation voluntarily made by the government, will be paid at the end of a financial year, according to Mr Muhanguzi.
The head of Human Resource Management in the ministry, Mr Mr Jolly Joe Ssonko, told Daily Monitor that the payments will be made in accordance with the Local Government Act. “One of the reasons which made us reach that decision is that they are doing a lot of work for government. But that money is not even equivalent to what they do. It is just a token of appreciation,” argued Mr Ssonko.
He said while the decision to pay the salaries and allowances is being implemented ahead of the 2011 presidential election, “One cannot say it is politically motivated because it is provided for under an Act of Parliament and the structure under which they serve is enshrined in the Constitution.”
Posted by williamkituuka.com at 12:26 AM