What Solutions to Makerere University indebtedness? 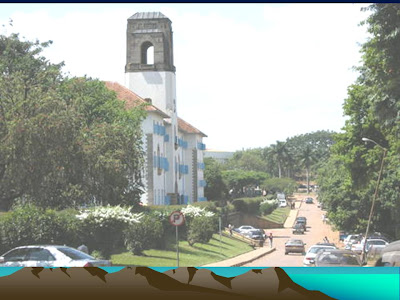 The Main Building at Makerere University 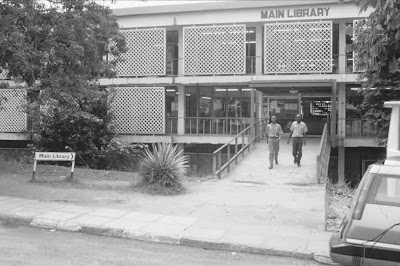 It is shocking news that Makerere University can be indebted to the tune of 37bn. Definitely, the situation cannot continue that way. The 1st strategy should be for the Ministry of Finance to transfer the whole debt to a special account in Bank of Uganda. Since Government wholly owns the University, it should meet the liability and clear the debt.
Secondly, like other Government departments, the University MUST spend within its limits; this means that the office of the Vice – Chancellor needs to better coordinate with the University Secretary. If bills like those for UMEME exceed what is budgeted for, better to find means to consume within the limits. It is time to get the finances out of the control by academicians and instead have financial managers in control. There should be a fully fledged Finance dept with proper finance managers and accounts for the whole University like in a bank should be balanced at each end of the working day such that the position is clear on a daily basis.
In order to meet the debt, time is ripe to lease possible land to private developers. All the land for fencing can be developed by such interests where they may establish hostels convenient enough for students and at the same time act as University boundaries. All the bungalows should become history such that storey structures are constructed for accommodation and academic business. The leases may help in raising some money to help with the liability. On the liability side, the University should get out of infrastructure developments backed by student fees payments. Otherwise, the University should show a good example, which is not the case now. Let’s hope the University properties will not slowly be auctioned to recover the funds owed!
Willy Kituuka

Makerere domestic debts stands at sh37b
Sunday, 13th December, 2009
By Conan Businge
MAKERERE University has accumulated sh37b in domestic arrears, according to the latest Auditor General’s report.
The 2009 draft report on special audit of Makerere shows the debt has remained unsettled for the last two financial years.
The debt was accumulated over a period of six years from the 2002/03 financial year.
Auditors, among other irregularities, learnt that the university retains huge sums of unspent cash on its accounts at the close of financial years instead of paying the domestic arrears.
In the last financial year alone, the university retained sh10.7b on its expenditure accounts.
Much as there was sh11b on the university account in 2006/07, sh15b in debts remained uncleared. A year before, there was sh17b on the account, but a debt of sh4.4b was not cleared.
“With such balances remaining at the end of the financial years, domestic arrears would be the first to call on in the subsequent year but this is not the case,” the report stated.
The mismatch of cash balances and settlement of domestic arrears, the report adds, may hinder proper planning of the subsequent years. It may also delay the implementation of planned activities, which exposes the cash balances to risks of diversion.
It was noted that the cash balances were not properly budgeted for in the subsequent financial years. It was also established that there were delays in transferring funds from the collection accounts to expenditure accounts. For example, at the close of the 2006/07 financial year, sh2.2b had not been transferred from the revenue collection accounts. The following year, the money accumulated to sh2.9b.
The report recommends that unspent balances with cost centres be returned to the central financial unit of the university at the close of the year.
Meanwhile, auditors also discovered that the university’s unit budgets were not consolidated into one. A consolidated budget is a collection of all the individual unit budgets.
The university budget was also found to have no linkage with the strategic plan. The report adds that much as the internally-generated funds are increasing, there is lack of capital development. Also, funds allocated for allowances have skyrocketed overtime, the report stated.

Makerere University raises tuition fees
Monday, 10th August, 2009
By Francis Kagolo
MAKERERE University Council has increased the tuition fees for private students for the new academic year, which opens next week. The council, which sat last month, also set tighter deadlines for the payment of tuition and other fees.
The tuition increment, which cuts across all courses, is of over sh350,000, according to the university’s new fees structure.
Tuition for Bachelor of Mass Communication, for instance, was increased from sh600,000 to sh980,000 per semester. Bachelor of Commerce increased from sh800,000 to sh1.12m per semester.
Students pursuing Bachelor of Social Sciences will pay sh700,000 per semester, up from sh450,000, while those admitted for Bachelor of Education (Arts) have to part with sh672,000, up from sh450,000. Bachelor of Law will cost sh1.26m, up from sh950,000.
On top of the tuition fee, private students are charged sh363,500 every year as contribution towards the research fund, registration, library, exams, development and technology fees.
Another sh100,000 is charged per semester for internship or field attachment and sh33,000 per academic year for the identity card, academic gown, and the rules and caution book.
The university academic registrar, Amos Olar Odur, yesterday said the fees increment was intended to enable the institution run more efficiently.
“Tuition was increased. This was done by the University Council as per the Universities and Other Tertiary Institutions Act,” Odur said on phone.
He, however, clarified that the increment would not affect continuing students. “We normally don’t make changes that affect students in the middle of their courses,” he explained.
The council, which is the institution’s highest policy and decision-making organ, also resolved that a private student must pay all tuition fees in full at the beginning of the semester or else they lose the vacancy.
“Every privately-sponsored student is obliged to pay all the functional fees and the tuition fees before he/she can be registered and allowed to attend classes as well as being issued with the university identity card,” the council said in a statement.
“Payment of all tuition fees must be completed within three weeks of a semester or else your place will be forfeited to another candidate.”
The resolutions, said a reliable source, were taken to avert a financial crisis which recently prompted the management to seek bank overdrafts to pay staff salaries.
“There was no money to pay the university staff last month. We had to direct the management to apply for an overdraft of over sh4b. The council, therefore, realised it was necessary to increase tuition,” a source told The New Vision.
The 87-year-old university has been cash-strapped since 2006. The council’s repeated applications for increased funding from the Government have been futile.
In 2007, the university operated on a budgetary deficit of over sh40b, forcing the management to use lecturers’ pension funds to pay salaries.
This provoked the academic staff association into a sit-down strike that led to the closure of the university for over two months.
A report by the council’s finance subcommittee, chaired by bursar Ben Byambabzi, last year indicated that the university was at risk of closing down due to a sh50b budget deficit amidst debts.
The committee then suggested a 40% increment in tuition. But the Government blocked the move when the council had just started debating the proposal.
Makerere’s current fees structure was designed in 1996 and had not been reviewed since. The university has been the cheapest in East Africa, according to former vice-chancellor Livingstone Luboobi.
Posted by williamkituuka.com at 2:38 AM