Should reconstruction of Kasubi Tombs go on before UNESCO funding? 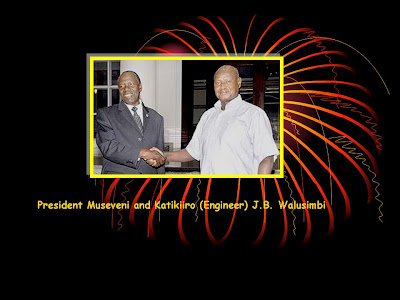 The work on re-construction of Kasubi ombs should be done once when all the anticipated funding is available. As of now, the Mengo establishment would just need to put up a temporary shelter to ensure that the burial place for the former kings is free from sunshine and rain.
William Kituuka

UNESCO to approve funds for burnt Kasubi Tombs - Source:http://www.newvision.co.ug/D/10/10/721752
Friday, 4th June, 2010
UNESCO will next month approve funds for the rehabilitation of the Kasubi Tombs which were destroyed by fire three months a go.
UNESCO has pledged to help the government of Uganda rebuild Kasubi tombs, a world heritage site.
This has been revealed by the UNESCO secretary General Augustine Omare Okurut, who also announced the 35 th session of UNESCO general assembly meeting to take place in Kampala this month. 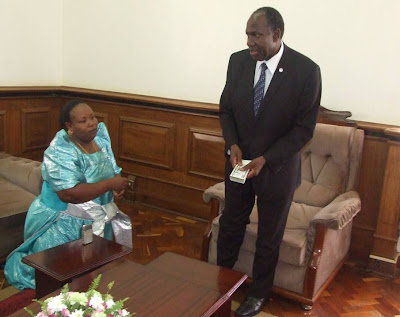 KATIKKIRO STRESSES NEED FOR KASUBI PLAN
Friday, 23 April 2010 13:29
Katikkiro Eng J.B. Walusimbi has stressed the need to have a well drawn plan for the burnt Kasubi tombs before the restoration process.
Eng J.B who was meeting the president of traditional healers in Uganda Namutebi Sylvia aka Maama Fiina noted that although some people are calling for the restoration before drawing a plan, it is very important to have a plan in order to restore the tombs to a lasting status.
He remarked that technology has developed whereby one needs a well drawn plan to build any responsible structure and the Kabaka set up a committee to carryout this duty with the help of UNESCO.
Katikkiro called for patience from the populace because work on the tombs will soon start.
Maama Fiina who visited Katikkiro to convey her sympathies to Kabaka and the entire Kingdom said that she was deeply hurt by the news of the fire at Kasubi.
She remarked that although she received an unfriendly reception when she visited the tombs a day after they were burnt down, she was deeply affected by the act.
Maama Fiina contributed 3 million Uganda shillings towards the restoration of the tombs and bought a certificate worth 2 million Uganda shillings which she has continuously done every year.
Meanwhile, Traders of Munyonyo landing site have complained to Katikkiro that they are threatened by Bemba Jimmy who wants to use the landing site for his personal businesses.
The traders who were led by Nabaweesi Mukasa reported that Bemba has started locking them out of the market claiming to be working for the Kabaka.
They contributed 500,000 shillings towards the restoration of Kasubi Tombs and promised to provide more support during the restoration process.
In reponse, Katikkiro thanked them for the contributions and promised to summon Bemba over the matter.
He stressed that Munyonyo landing site belongs to the Kabaka and assured the traders that his majesty cannot simply throw away people who are carrying businesses on his land just like Bemba claims.
He explained that Kabaka Mutebi wants his people to work and develop their homes and the entire Kingdom and that in this era where jobs are scarce, he cannot prevent people from working from his land.
Katikkro also thanked Maama Fiina for the support especially when she buys a certificate of 2 million shillings every year.
He explained that the Kingdom depends on the sell of certificates and called upon other individuals and companies to emulate her to help the Kingdom execute its duties.
Posted by williamkituuka.com at 5:07 AM