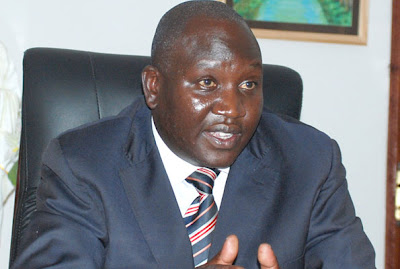 Looks like very few school directors and or proprietors can make good national leaders given the trend in some of the schools that are prominent for making children/students pass highly, hence induce many parents to send children there unfortunately; when the administrators don't have a human face. I have interacted with at least two parents who were disturbed on getting to St. Mary’s Secondary School Kitende at the beginning of 2nd term and looks like what the school was interested in was not the duly paid bank slip, but the shs 50,000/- for the 10th school anniversary! It is true that students were given a circular dated 30th April 2010, and in part I quote: “Each parent is humbly requested to contribute a fee of shs 50,000 (fifty thousand shillings only) towards the preparation for the function, payable in cash to the School Bursar of your child for Term two.”
It surprises that when parents got there, the position had changed in that:
1) What had been a humble request became a MUST, so, each parent had to pay the money there and then!
2) While in the circular it was a parent contributing to the success of the function, the position changed when the students returned, in that it was each child contributing to the success of the function; so, each parent with more than one child had to foot a bill of shs 50,000 per child and the Invitation card was written in the name of the child! Now, a parent ended up getting as many invitation cards as the number of children he/she has in the school!

It is true, parents cried tears.

There are other developments in Kitende which the Ministry of Education should be interested in. Among these are:
1. This is a school where the figure to be paid in at the bank has been duly filled (this is irregular as far as the bank is concerned as this amount ought to be filled by the depositor and a cashier can easily get trouble because of this anomaly) in as a student gets a copy of the bank slip; this means the parent is not at liberty to pay in installments, and possibly installments call for special clearance if they are accepted;
2. On admission, a student is made to pay for a book (s) which eventually becomes school property this is at senior one and senior five;
3. Parents are concerned about the Omo they give to the children which is used for cleaning purposes of the school on top of the huge fees paid;
4. While a child pays building fee on entry to the school in senior one, if the student is admitted to senior five, building fee has to be paid again.
NB Some of the practices of private schools are supposed to make parents who contribute to sustaining them actually shareholders in these schools. It is not clear why Government has not observed this.
William Kituuka

Friday, 4th June, 2010 - Source: http://www.newvision.co.ug/D/8/21/721756
I want to add my voice to those of the parents of St Mary’s Secondary School Kitende who are furious over the compulsory payment of sh50,000. The headmaster, Lawrence Mulindwa, is reported to have said on Wednesday that we paid the money willingly! This is a lie.
The deputy headmaster told us that “their request is a command” and the bursar could not clear any student who did not pay up. The bursar also assured us that if the headmaster wanted it, it had to be done, no matter how the parents felt. I am so worried about our children.
If this dictatorial attitude is what is running Kitende, the thousands of children in the school are being trained to become dictators. How will Uganda handle all these dictators when they graduate? Yes, it is his school, but we also have a stake in it. If that is not the case, why are we being forced to contribute to its 10 years of its existence?
He also says, in The New Vision story, that it is only a few parents complaining. First of all, even those parents need to be treated fairly. Secondly, many parents do not take their complaints to the press. Thirdly, not all the parents’ complaints can be published. Several parents react differently, including taking their children elsewhere.
But even those who take their children away need to fight this impunity and selfishness. We have paid school fees and our children have a right to education. The Ministry of Education must not leave parents to fight a lone battle. 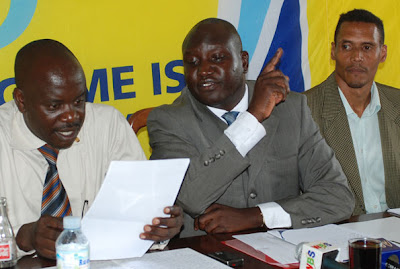 The School Anthem
May the lord bless you
Oh! St. Mary's Kitende School
As you keep holding the light,
Living up to excellence,
Trounce all vices lead the way
We've got to scan our education for growth

May the staff and students,
Uphold you, be disciplined, All the time
Keeping the vision.
Reading and learning so that,
Education is a priority.
We seal the nation with knowledge and skills.

Let the nation triumph
O'er the school's foundation
St. Mary's this is the mission
Give all round guality education
Lawrence Mulindwa had a dream
In year 2001, blessed be you.

TEN REMARKABLE FACTS ABOUT ST. MARY'S KITENDE Efficient system of administration. The schools administrators have demonstrated rare skills that have seen SMASK top of the list in various disciplines as seen below
Rapid academic success. In a record time of four years, SMASK has made headlines and ranked among the top schools in the country. The current record is; SMASK had the highest number of first grades in UCE examinations of 2005 in the whole country.
Well focused programmes. The school system is like a well oiled machine aiming at being at the top of it's priorities and indeed the successes in academics and sports in a very short have proved that it's programmes work effectively.
Motivation of stakeholders. A school like any other institution trying to achieve it's objectives relies heavy on it's stakeholders. We at SMASK, Keep our stakeholder's morale high through constantly rewarding their sweat with the fruits of success. If their stakes were stocks on the stock exchange, we at SMASK have elevated them to blue chips.
Discipline. The students at SMASK are handled with the utmost strictness so as to ensure the desired code of conduct and to release a bunch of responsible citizens to our various societies.
Hardwork. This is one of the major guiding principles against which all developments are hinged. Every stakeholder takes laziness to be a crime against him/herself and unanimously carry a belief that service above self doesn't necessarily mean slavely.
Sports dominance. Besides Uganda, SMASK is the East African secondary schools' football and netball champion.
Beautiful premises. Besides a striking scenery, cleaning and rehabilitation especially painting are a common occurrence at the school premises to maintain it's beauty. The school boasts of clean neat lawns and a cascading or terraced view of a neatly planned hillslope.
Good feeding for students. Being a boarding school, the school tries as much as possible to make the students not miss their Mothers' cooking by cooking like their mothers and sometimes better than them.
Religious culture. "The fear of God is the beginning of wisdom"; The school emphasizes a religious spirit among students and respects each and every students' religious denomination.
Posted by williamkituuka.com at 1:46 AM