More than 2 decades later... Has Museveni delivered the fundamental change? 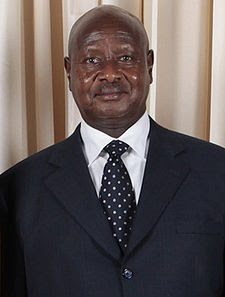 Emmanuel Gyezaho
Kampala
Tomorrow, President Yoweri Museveni celebrates more than two decades of uninterrupted stay in power. From a bush war hero, who preached the gospel of frugal spending and lean government, to a politician now enjoying the perks that come with longevity in power. Sunday Monitor’s Emmanuel Gyezaho examines the transformation of President Museveni, the man, as we know him.
On Wednesday, January 26, 1986, President Yoweri Museveni stood on the front porch of the Parliamentary Building before a rudimentary desk and took the oath as the 9th President of the Republic of Uganda.
He had just ousted the short-lived rogue regime of Gen. Tito Okello Lutwa after a five-year guerrilla war that had also seen his National Resistance Army rebels fight Dr Apollo Milton Obote’s (1980-85). 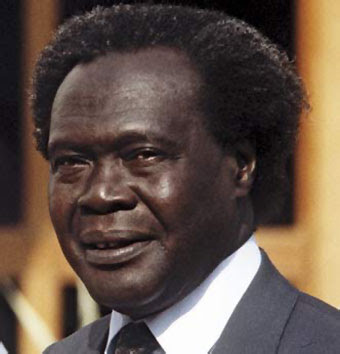 On that day, President Museveni delivered his now memorable line to a very anxious nation: “No one should think that what is happening today is a mere change of guard; it is a fundamental change in the politics of our country,” he said.
In that speech, the President promised to run a frugal and responsible government and told his fellow countrymen: “We want our people to be able to afford shoes.
The honourable excellency who is going to the United Nations in executive jets, but has a population at home of 90 percent walking barefoot, is nothing but a pathetic spectacle. Yet this excellency may be busy trying to compete with [then US President Ronald] Reagan and [then USSR President Mikhail] Gorbachev to show them that he, too, is an excellency.”
Such was the contempt President Museveni had for African leaders who were living opulent lifestyles while their nations basically decayed around them. But as he celebrates 23 years in power, the idea that inspired his disdain for affluence resurfaces to haunt him.
Only last week, it emerged that the government had forked out Shs88.2 billion for a luxurious new Gulfstream V extra-special performance executive jet for the President, even as the state continues to borrow heavily abroad to supposedly provide better infrastructure, decent education and healthcare for Ugandans.
It is understood that the new jet, the only one of its kind known to be owned by either an African head of state or anybody else on the continent, is fitted with enhanced anti-terror capabilities.
In the early years, his ministers drove around in modest Nissan Laurel saloon cars, today they have expensive fuel-guzzling Toyota Landrcruisers 4WD.
The President’s critics are now armed with fodder to question his lifestyle and judgement. They ask, is this the fundamental change he talked about in ’86?
Respected academic and Executive Director of the Mbale based Afrika Study Centre, Prof. Dani Wadada Nabudere told Sunday Monitor in an interview on Thursday that the country was witnessing power corrupt the President. “That’s open for all to see,” said Prof. Nabudere.
“He (Museveni) told us in 1986 that he wanted people in government not to live in opulence. He even wanted State House to have cutlery from Tumpeco (a local plastics producer). It is clear power has gotten to his head. Since he has absolute power, he feels he can ride any storm.”
President Museveni’s press secretary, however, believes such criticism is unfounded.
Said Mr Tamale Mirundi: “What they (the critics) don’t know is that the Presidency is the property of the State. How do other President’s travel? Because he is our President, we must ensure he lives comfortably. We must protect him. In 1986 there wasn’t terrorism. We have soldiers in Somalia and do you think the Islamists are happy?”
And while Makerere University political science professor Aaron Mukwaya did not pick issue with the purchase of a new jet for the President because “I thought Parliament discussed and approved that matter”, he said there was evidence to indicate a complete transformation of Mr Museveni from the austere man we once knew.
“In 1986, Museveni was just coming from the bush. He didn’t understand the mechanisms of the State and what power is. So when he comes to power, he realises there are so many factors; he needs to expose himself domestically and internationally,” said Prof. Mukwaya. “So it was inevitable that these things would happen. He totally forgot about the dictum that power corrupts but absolute power corrupts absolutely.”
Former Samia Bugwe North MP, Aggrey Awori, once a strong Museveni critic but now in bed with government, was more philosophical in his analysis of the lifestyle changes the President has undergone.
“Politics isn’t a matter of faith where you commit yourself to some doctrine,” said Mr Awori, who abandoned his mother party, the Uganda People’s Congress. “It is an art of possibilities, perceptions and constant changes. In this case, the man [Museveni] has undergone tremendous transformation. In 1986 he was barely a President; he was still in the mould of a rebel leader not interested in the perks of the Presidency.”
Mr Awori said he doubted whether the President had personally “run” to the Ministry of Finance and ordered the purchase of a jet. “It’s the people around him who must have said, ‘Sir, your office needs better transportation.”
Added Mr Awori: “It is a matter we have to live with. These modern seemingly expensive items come with the office of the President, and given the difficult security environment obtaining, such as international terrorism, he definitely needs secure transport.”
What cost does the taxpayer has to bear in maintaining the President? According to the ministerial policy statement for the Presidency, this financial year alone, the Ugandan taxpayer will have forked out Shs51.3billion sustaining the Office of the President, besides Shs66.5 billion needed to run State House.

It isn’t in doubt that the Presidency, like any other across the globe, deserves the comfort and efficiency of modern transport. But why is it an issue for critics of this expenditure? The case made is that, the Executive and its policies are not in tandem with the needs of society. For a President who was seen as a reformer; one who spoke of fundamental change by lean effective government and frugal spending, the transformation is out of step with his own vision for change.
In understanding the evolution of Mr Museveni, however, we must assess his performance over the past two decades and determine whether he has lived up to his promises.
President Museveni assumed the mantle of leadership in Uganda at a time when the State had been run-down; insecurity was at an all time high and the economy was in tatters. His administration arrived with a high-sounding 10 Point Programme -- recently modified to 15 points -- with the restoration of democracy and security top on the agenda.
President Museveni introduced the Movement political system, a system that was supposed to be all-embracing where individual merit thrived, and one that was to forge national unity. In the years that followed, Uganda attained relative stability and economic growth after enduring decades of government mismanagement, civil war and rebel activity.
Initially an avowed disciple of the Marxist-Socialist economic model, President Museveni later introduced radical measures to liberalise the country’s economy – at the urging of the International Monetary Fund and the World Bank, that included privatisation and currency reform.
His State-of-the-Nation addresses have always been punctuated with rosy statistics about the progress Uganda has made, although quite often, he has said little if at all anything about the problems that have blighted his Presidency.
In his latest missive to media houses ahead of tomorrow’s celebrations, President Museveni points out that the “literacy rate [in the country] has risen to almost 70 percent up from 42 percent in the early eighties.”
The economy, President Museveni wrote, “has been growing at an average 6% of GDP since 1986.”
Without doubt, revenue collection under his tenure has exponentially increased.
Statistics from Ministry of Finance indicate that the Uganda Revenue Authority now collects Shs4 trillion compared to Shs5 billion in 1986. “As a result, Uganda can now service 70 percent of our own national budget, a great indicator of progress towards independence,” wrote the President in a letter to media houses last week.
The number of Ugandans living below the poverty line has reduced, he opined, to 31 percent down from 56 percent in 1988.
Mr Moses Byaruhanga, the president’s political assistant told Sunday Monitor on Friday that his critics “must appreciate what the NRM has done. Those criticisms are not logical and well-thought-out.” He cited the introduction of Universal Primary Education (UPE) in 1997, the increase in domestic revenue collected and the construction of new roads as examples of the fundamental change President Museveni promised in 1986.
If we are to gauge Mr Museveni’s performance based on UPE enrollment figures, his administration certainly scores highly. In 1997, 2.2 million pupils were in primary school, and as of 2007, that number had risen to 7.5 million, government statistics show. But questions abound about the quality of education provided for under UPE in the absence of adequate facilities and teaching resources especially in rural areas.
The high drop-out and increasing failure rate has blighted the programme. In the 2008 Primary Leaving Examination results, only 17,021 pupils out 463,631 passed in division one, an almost 50 percent drop compared to 2007 results which returned 31, 969 first grades out of 404,985.
The road infrastructure is at its worst and the public health services are all but crippled.
Two decades of conflict in northern Uganda, unprecedented institutionalised corruption in government, growing nepotism and cronyism, increased militarization of politics, disrespect for human rights by the security services and intolerance for the political Opposition, evidently stand out as the other negatives in his regime.
In 2005, President Museveni had presidential term limits deleted from the Constitution, in his quest to stay in power, following a Shs5 million inducement paid to NRM-leaning MPs. That action was a contradiction to his 2001 commitment to relinquish power at the end of his second elective term in office.
He told the US’ Los Angeles Times in an interview on March 12, 2001: “I will leave office for sure, because I am not a hereditary king. I would be very glad to leave office, once I have served my term.
To be remembered, just as a freedom fighter who helped to give the people of Uganda a key to their future, to give them democracy, get rid of dictatorship.”
Now, the President, mid-last year launched his bid for fourth term at a rally in the eastern town of Mbale.
Posted by williamkituuka.com at 6:51 AM