FOR UGANDA TO BECOME A CIVILISED CITY, THERE IS NEED FOR A FUNDAMENTAL CHANGE

I am convinced that Erias Lukwago the Lord Mayor is on the right course. he needs to be supported. it is clear that the challenges are in place but the city must be put to the right order. The issue of traffic must be handled this cannot leave the UTODA management unchecked. UTODA must recognize the authority of the Mayor. Short of that the city will remain a real mess it is.
William Kituuka Kiwanuka
BIDANDI TO LUKWAGO: TAKE CHARGE OF KCCA 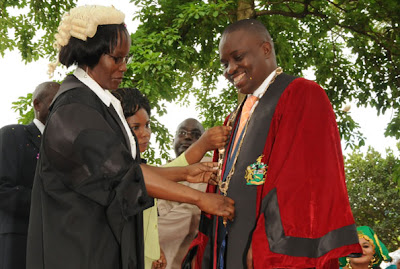 Kampala
The Peoples Progressive Party (PPP) leader Jaberi Bidandi Ssali has asked Kampala Lord Mayor Erias Lukwago to make full use of Section ll(e) of the Kampala Capital City Act (KCCA) 2010, which gives him responsibility to head KCCA in developing strategies and programmes for the development of the city.
Congratulating Mr Lukwago on his election, Mr Bidandi reminded the mayor of section 11(f) which consigns the responsibility for implementation of KCCA programmes to the Executive Director, Ms Jennifer Musisi. “The Executive Director will soon realise and accept just as you will, the fact that all she has to implement under your monitoring must be the decisions emanating from the authority which you chair, and not from anywhere else,” he wrote. Section 19(w) of the KCCA Act, however, authorises the Kampala Minister to assign any other duties to Ms Musisi.

Alert call
He said he hopes those duties will not counter legal decisions made by the authority. “In addition, the strict observance of the provisions of the law will assist you greatly in relating with your Executive Director who, in government jargon, is your Permanent Secretary,” Mr Bidandi added.
“The letter raises very intriguing issues,” Mr Lukwago said last evening, adding that it would take him sometime to respond to the issues raised. “Let me study it more,” Mr Lukwago said. Ms Musisi could not be reached for comment as she was locked up in meetings and, according to an assistant, had not read the letter yet.

Political question
Acknowledging Mr Lukwago’s new task as a difficult one, Mr Bidandi asked the mayor to demonstrate that he is anti-partisan, and can nurture and maintain a non-adversarial relationship with the Central Government, advising him to strictly adhere to KCCA laws.
“This will be in contrast to the impunity with which the NRM leadership is transacting much of government businesses in total disregard of the provisions of the law,” the letter read. “In a nutshell, you will be laying a foundation for the re-alignment of the governance in this country back to the rule of law.”
Comparing Kampala’s problems to a bullet embedded in the body of a patient, Mr Bidandi advised him to examine KCCA staff at his disposal, their competences and the tools available to solve the city’s problems.
The mayor was also advised to initiate pro-people policy decisions: “Any Councillor who opposes them on Political Party grounds will do it at his own peril before the electorate. Either way, the opposition will stand to gain,” he wrote.
Mr Bidandi also asked Mr Lukwago to adopt what he called a “we” stance with City Authority instead of the “I” gospel the NRM leadership has opted for: “You have a tall order of making an indelible mark on the rooting of the functioning of multiparty system in Uganda.”
Posted by williamkituuka.com at 12:40 AM