For those who thought that the NRM Party was beyond repair, the newly elected Member of Parliament for Kampala Central is NRM’s salvation. Uganda’s problems as of now originate from the NRM Party’s top leadership. President Museveni who shot his way to power after a 5 year bush war promised a fundamental change and went a step further to tell Ugandans as well as the International community that Africa’s problems originate from leaders who don’t want to leave power. Unfortunately, at the time when he made that statement, he did not know that he was shortly to jump on the bandwagon of leaders who overstay in power and eventually become a liability. His stay has been backed by his role in seeing the Constitution of the country changed to see to it that he stays in power as long as he wishes, and the country is reaping the fruits of his overstay as the trend of regression is clearly evident in the economic activity, the constantly depreciating shilling, the appalling working conditions, poor priorities, and the continued uncalled for increase in the administrative expenditures which are politically motivated to see a tired regime continue to rule the country.
What qualifies the Kampala MP to be the man of the year is that much as the majority of the NRM MPs and other NRM leaders have sinned against the people of Uganda to the extent that even what many can logically see as wrong moves is endorsed them, the MP who is a lawyer by training has come up clearly to tell his party that he will not be party to legislation which is against the Human Rights, this is after the Almighty President of Uganda advocated for denying bail to people taken to court for some crimes which crimes are currently bail able. The MP has come out straight to support the Taxi drivers who staged a sit down strike on Monday, July 11, 2011 on grounds that UTODA the organization contracted to collect revenue from them on behalf of Kampala City Council Authority (KCCA) was cheating them on charging un-receipted monies in the name of welfare yet the accountability for this money was no where. The MP wondered how UTODA would fail to respect the authority of the Lord Mayor who was elected the Political Head of Kampala City Authority. He further wondered how in a modern economy all aspects would be referred to State House for settlement, the reason why many things are going wrong, yet there are people in positions constitutionally in place to sort most of this detail which is currently referred to the President.
If we are talking about cleaning the mess in NRM leadership, the MP is on the right road and for this I endorse him as Uganda’s man of the year 2011, because he is putting the challenge to his party to clean up.
William Kituuka Kiwanuka 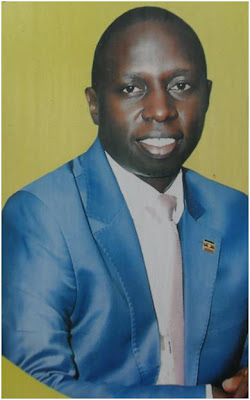 MP NSEREKO COMMENDS DRIVERS FOR STRIKING
Ultimate Media
The Kampala Central Member of Parliament, Muhammad Nsereko has said that the drivers have a right to demonstrate if they feel unsatisfied with the leadership of the Uganda Taxi Owners and Drivers Association (UTODA).
Nsereko told the journalists in Kampala that UTODA is supposed to have met the drivers before the situation gets paralyzed.
He says that it is becoming a Ugandan culture for the stakeholders to respond to the people’s grievances after striking.
Nsereko adds that it is typical exploitation to charge 4,500 shillings from the drivers daily and 20,000 shillings monthly at a time when fuel is so expensive.
He asks the travelers to bear with the situation saying that they are the passengers who suffer the burden when unnecessary charges are put on drivers.
The drivers and conductors, mostly in Kampala, Mukono and Masaka have today started a two-day sit-down strike protesting the unaccounted for different dues UTODA ask from them and UTODA’s dictatorship according to their chairman Mustafa Mayambala.
KAMPALA CENTRAL MP MOHAMMED NSEREKO PROTESTS APPOINTMENT OF AMAMA MBABAZI AS PRIME MINISTER
Kampala central Member of Parliament Al Hajj Mohammed Nsereko has stormed out of Parliament as the house began the debate on whether to approve the Prime Minister Nominee and former security minister Amama Mbabazi.
Nsereko explains that he has stormed out of the debate because his conscience is not at home with the nomination of Mbabazi for the said post.
He argues that the post of the prime minister requires someone with clean hands and for him the nominee is lacking in that.
Nsereko says he did the same in the party caucus that endorsed Mbabazi’s nomination implying that he is not pro Mbabazi for the said post.
He also says he sees a very big difference between Nsibambi and Mbabazi which partly explains his reason for going out.
He also says he preferred Mbabazi as party secretary general because that is the post for which he was voted by the party members.
Nsereko also alludes to the activities of Mbabazi in Namboole at the party’s general conference which Nsereko seemingly detests although he refuses to divulge the details.
Ultimate Media
Posted by williamkituuka.com at 4:45 AM