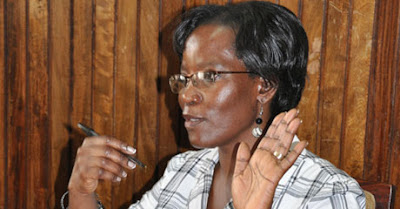 Jennifer Musisi will only manage KCCA if she observes or seeks guidance regarding how decentralization works. There MUST be participation by those Governed for decentralization in the sense we understand it. Merely working on instruction from above will only fail her work because even the appointing authority will find that she is the one who is wrong. Musisi should give the elected representatives chance to perform their duties. If people have complaints, they are not supposed to reach out to Musisi, instead these matters are held at local level through participatory involvement of the locals and when the way forward is agreed, the people's representatives are supposed to take the matter to Musisi who is the Chief Accounting Officer for KCCA to see how the matter can be solved. For Musisi to imagine that she can identify the problems for the city people and get them solved, however good it may look, is out of fashion. She should therefore get the counselors to give her the identified problems and what she can do with other technical personnel is get priorities as well as press Government for funding and thereafter identify contractors who are reputable not those imposed on her from above. If there is evidence that a tenderer or contractor has a bad reputation as is the case with UTODA, there is no way that Musisi should impose this tenderer on the people of Kampala.
The specific objectives of the decentralization policy and programs are as follows:
1. To transfer the real power to the districts and thus reduce the load of work on remote and under resourced central officials;
2. To bring political and administrative control over services to the point where they are actually delivered; thereby improving accountability and effectiveness, and promoting people’s feeling of “ownership” of programs and projects executed in their districts;
3. To free local managers from central constraints as long term goals allow them to develop organizational structures tailored to local communities;
4. To improve financial accountability and responsibility by establishing a clear link between the payment of taxes and provisions of services they finance; and
5. To improve the capacity of local councils to plan, finance and manage the delivery of services to their constituencies.
By empowering local communities to take charge of their affairs through local institutions of self governance and resource mobilization, the decentralization program in Uganda is expected to build democratic government structures that are responsive and accountable to the public, and promote capacity building at the local level. As a corollary, administrative charges under decentralization are intended to promote capacity building at the local level, bringing decision making closer to the people. The introduction of local choice into the delivery of social services promises to enhance sustainability of development projects by fostering a sense of local ownership. It is assumed that progressively, decentralization will create conditions that are conducive for local decision making rooted in local opinions and local circumstances (Langseth, 1996).

When Lukwago consults the City Community, that is the way to go as reflected below:
Erias Lukwago, the Lord Mayor of Kampala has started consulting with the members of the business community.
He wants to get a better understanding of the investment opportunities and development in the city.
Lukwago told his first consultative meeting in Imperial Hotel in Kampala today that the city is endowed with enough resources needed to enrich the city dwellers.
He also promises to improve the quality of education in Kampala Capital City Authority.
Lukwago further promises to collect the city garbage and fight backwardness in the city.
William kituuka Kiwanuka

Greed responsible for city mess, says Musisi
By Ephraim Kasozi
Posted Sunday, July 10 2011 at 00:00
Kampala City Council Authority has instituted investigations into misappropriation of council funds involving some its staff. In an exclusive interview with the Sunday Monitor, KCCA executive director claimed political fights, greed, intrigue and financial impropriety have degenerated the city for the last 40 years.
“We have started many investigations to address financial misappropriation to address the malpractices among the current and former staff. We had to arrest some members of staff and former staff to answer these improprieties,” said Ms Jennifer Musisi.
During an interview, Ms Musisi ,who attributed the collapse of the city to political fights, said the contracts awarded to service providers have not been properly managed due to inadequate supervision leading to failure to get value for money. “I am not a politician but the issue of contracts is a fact of law,” said Ms Musisi, saying her appointment by President Museveni mandates her to fulfil her duties as well as the KCCA Act.

Relationship with mayor
Asked about working relationship with the Lord Mayor, Erias Lukwago, she said the separation of powers is explained in the law.
“According to the law, politicians make policies through the KCCA and then the administration implements. It is up to each one of us to act in accordance with the law to do our roles.”
“I am a professional and I am here to give value for money. I am committed to the task and I am doing everything possible to fulfil my mandate and go back to my retirement. Other than that, I make my own decision as a professional but legally supported,” said Ms Musisi.
On the impending sit-down strike called by taxi drivers and conductors, Ms Musisi called on the parties to solve the matter amicably. She said Uganda Taxi Operator and Drivers Association (Utoda) has a running contract with KCCA up to 2014.
President Yoweri Museveni appointed Ms Musisi four months ago after retiring from Uganda Revenue Authority where she worked as Commissioner Legal Services. Ms Musisi also promised her Authority is in the process of reviewing existing laws to instil discipline and order in the city.
Ms Musisi asked the city dwellers to be patient and give her time to revamp the image of Kampala.
“It has taken about 40 years for this city (Kampala) to degenerate to the level where it is. It would be unrealistic to expect a turnaround over a short period. It is going to take some pain on the part of the dwellers; we are going to request city dwellers to comply with the law or take action,” she added.
She revealed that her focus is on improving the road network that is characterised with potholes and work on improving the drainages.
Describing the office she holds as a busy one but interesting, Ms Musisi said her work involves instilling and reinforcing discipline and integrity in staff.
DECENTRALIZATION AND DEVELOPMENT: EMERGING ISSUES FROM UGANDA'S EXPERIENCE
Author: J A Okidi and M Guloba
Date: 2007
Size: 2 pages (32kb)
Summary
Is decentralisation consistent with development goals? What can we learn from Uganda? This paper from the Economic Policy Research Centre, Kampala, reviews Uganda’s experience of decentralisation to highlight its effects on the empowerment of local leaders and residents, local elite capture, service delivery and the promotion of sector responses. Uganda’s experience illustrates that decentralisation is consistent with economic and democratic development to an extent, but that there are potential problems, for instance in terms of local capacity and participation, which suggest that decentralisation should proceed gradually.
Uganda is considered a forerunner in Africa with respect to decentralisation. On the whole, the system of decentralisation has been fairly well established and has delivered improvements in service delivery and accountability. Numerous jobs were created in the process. However, it is highly conceivable that the achievements could have been much more pronounced, both in terms of quantity and quality, had the process been sequenced, with capacity building leading the way.
Decentralisation has contributed to improved service delivery, fostered participatory planning and heightened a sense of local ownership and improved accountability.
• Decentralisation has empowered citizens and increased responsiveness of public investment to local popular demands via better development of channels of communication.
• The focus of local government development grants have meant service delivery has greatly improved, particularly with respect to primary education, healthcare and water and sanitation services.
• Fiscal decisions in response to local development demands maximise the welfare of local residents but may not maximise economic growth for sustainable rural development and linkages to global opportunities.
• Project aid which bypasses local government systems has fragmented local development structures, undermined institutional growth and weakened community-local government linkages.
• Uganda’s decentralisation has given emphasis to upward accountability with the objective of ensuring that resources released from the centre are properly accounted for, but not necessarily deployed properly.
Uganda may have exhausted the main dividends of decentralisation under the prevailing political and economic conditions. It might well be that the remaining constraints to Uganda’s economic development are beyond the merits and demerits of either centralisation or decentralisation.
• Decentralisation is viewed as synonymous with autonomy but it can embroil local governments into a wider system of inter-governmental relations.
• Uganda runs the risk of excessive decentralisation, which could contribute to lowering local-level economic growth because it has created so many political districts.
• Increased political freedom and power at the local level have also affected the revenue base of local governments through inefficiency and corruption.
• Participation in global development processes may be beyond the reach of local actors. Caution must be exercised when deciding to decentralise or when flexing decentralised political powers to make economic choices.
• Capacity problems have persisted in Uganda, partially due to the fact that decentralised governance has promoted excessive emphasis on employing the indigenous residents of local government jurisdictions.
• Decentralisation should proceed gradually - countries should focus on other approaches of tackling the priority binding constraints to performance instead of seeing them as problems that decentralisation must resolve.
Source: Okidi, J. A. and Guloba, M., 2007, 'Decentralisation and Development: Emerging Issues from Uganda's Experience', EPRC Occasional Paper, no. 31, Economic Policy Research Centre, Kampala
Author: Madina Guloba , guloba@eprc.or.ug
Economic Policy Research Centre (EPRC), Uganda, http://www.eprc.or.ug/

Jennifer Musisi Semakula, the Executive Director of Kampala City Authority
Kampala Capital City Authority is to undertake major rehabilitation of the both new and old taxi parks. This has been disclosed by the executive director Kampala capital city Authority Jenifer Musisi semakula after inspecting both the taxi parks.
Musisi says her visit to the park with technical officials from the road engineering department follows several complaints she had received in her office about the upholding state of city Taxi Park.
Addressing journalist in Kampala shortly after the inspection with the firm to under repair in the two taxi parks. Uganda taxi operators and drivers associations’ vice chairman Chris Sengoba told Musisi that during the rainy season the parks become impassable because of a lot of mud.
He says to remain in business UTODA has been undertaking remedial repairs to help passengers using the park. Sengoba said despite the fact that KCC was mandated to repair the park nothing has been done for a very long time.