IT IS NOT A NATIONAL DIALOGUE THAT WILL SORT OUT UGANDA ECONOMIC PROBLEMS, BUT 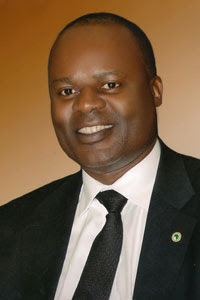 Dr Kasekende brings more than 30 years’ experience of central banking, macroeconomic management and international finance to the post.
Dr. kasekende calls for National Dialogue, to sort out the problems of Uganda's economy, however, the problems should be sorted by Government. The speculation by the business community about the future of the country is a governance problem as a result of President Museveni's wish to be in life indefinitely, hence the opposition fighting him, and the way he is using the forces to ensure that he remains in control. 2nd, the Government expenditures which call for release of funds to fund whatever the NRM Government wants to be in place for political survival including meeting Presidential pledges.
The Government of Uganda has professionals who are capable of arresting the situation if only President Museveni can let them do the work professionally.
William Kituuka Kiwanuka

KASEKENDE CALLS FOR NATIONAL DIALOGUE
Written by Sulaiman Kakaire
Wednesday, 29 June 2011 19:19
Dr Louis Kasekende, the deputy governor of Bank of Uganda, has requested parliament to convene a special national seminar to discuss the economic problems haunting the nation.
“They [parliament] should call all the various stakeholders and policy makers to discuss among other things what will improve productivity and provide solutions to the current economic trends,” said Kasekende.
Uganda reported annual headline inflation of 16% in May this year, up from 14.1% in April, while core inflation was 11.3% in May and 9.7% in April. According to a report compiled by Uganda Bureau Of Statistics(UBOS) for the year 2010/2011, manufacturers are registering high increases in the prices of their products as a result of the rise in the prices of raw materials used in the production of commodities.
Kasekende believes that a national conference to discuss the economic situations in Uganda will help in bringing up some solid solutions.