CAN GADDAFI BE DEAD? 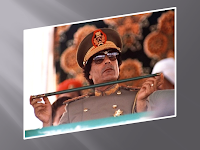 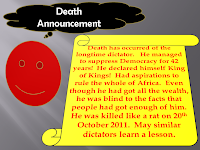 If Gaddafi is dead, the African leaders who are dictators should get a great lesson. These dictators loot the countries they lead, take the loot to foreign banks. It is surprising that a leader with all that loot can decide to risk up to the time he is captured and killed in action. African dictators stand warned.
William Kituuka Kiwanuka
COL. MUAMMAR GADDAFI DEAD 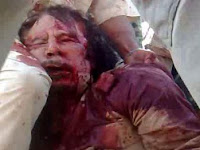