DID ALL THE OPPOSITION PARTIES JOIN IN ELECTING NANDALA? 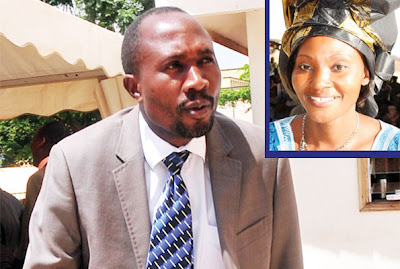 Nandala Mafabi will lead opposition legislators in Parliament. INSET: Ms Kiiza is the Chief Whip. PHOTO BY STEPHEN WANDERA
Posted Thursday, May 26 2011 at 00:00

A day after a new Vice President and Prime Minister were named, the shadow opposition government also began taking shape with the Forum for Democratic Change yesterday appointing Mr Nandala Mafabi as Leader of the Opposition in the 9th Parliament.
He replaces Prof. Morris Ogenga Latigo who lost his Agago County seat in the February general election.

Honoured
The party, which has the largest number of opposition MPs in the House and as such gets the right to form the shadow cabinet, also appointed Ms Winifred Kiiza (Kasese Woman MP) to the office of Opposition Chief Whip.

Mr Mafabi, the former chair of the Public Accounts Committee, was not in the country when his appointment was announced but FDC spokesperson Wafula Oguttu (Bukhooli Central) said he “he accepted the appointment with honour”.

The announcements were preceded by heated meetings of FDC’s top management body and National Executive Committee where powers were given to party president Dr Kizza Besigye to appoint the LoP.

Mr Oguttu told journalists that when Dr Besigye presented the names, the nominees were unanimously approved after a five-hour debate. Mr Mafabi’s appointment was unanticipated as the close race to the top job had been among Abdu Katuntu, Cecilia Ogwal, Alice Alaso, Kassiano Wadri and Patrick Amuriat.

Similarly, Ms Kiiza was not in the picture for chief whip. Sources said she was appointed after the women on the management committee demanded that the position goes to a woman.
Ms Kizza said the appointment came as a surprise.

“I didn’t expect it but maybe they thought that I am the most capable candidate,” she said. “Dr Besigye called me a few minutes to the meeting and I accepted because I am a servant of the party and by the time we went to the meeting, I was the only one who knew.”

The position of chief whip, according to sources, had reportedly been set aside for Mr Amuriat before the female members on the management committee pushed for gender balance.
Earlier speculation had been that Ms Ogwal (Dokolo Woman), formerly of the Uganda Peoples Congress, would be the LoP. Sources, however, said her nomination fell through “because the old (members) had been performing better for the party.”

Ms Ogwal told Daily Monitor that her name was on the list until the morning management meeting where it was scrapped off. Asked whether she had prior knowledge on the appointments, Ms Ogwal confirmed that Dr Besiege had earlier on Monday indicated he would pick her as the next Leader of Opposition and wanted to know whether she would accept the appointment.

Ogwal speaks on issue
“The president had contacted me on Monday on his lineup for the opposition leadership in Parliament and I told him I was willing to take the challenge,” she explained.

However, she welcomed the new development. “The decision of the party is supreme, however, I would have wished the presidents’ appointment to go have been vetted and approved by NEC and not by a management committee,” she said, arguing that in the management committee, persons who also had interests in the very posts were allowed sit be part of the vetting process.

Other sources within the party, however, indicated that Dr Besigye preferred Serere Woman MP Alaso, but the management committee felt she was better suited for secretary general, a position she has discharged admirably.

Outgoing Chief Whip Wadri stormed out of the meeting, looking unhappy. He was heard telling a colleague that he cannot spend the whole day discussing the same issues. “Time is money,” he said before being driven off.

But according to Mr Oguttu, Dr Besigye was looking for someone who is loyal, a good mobiliser, competent, and who has sacrificed for the party.
Other factors considered included experience, tolerance, professionalism, and ability to deliver and galvanise the opposition in the House.

He said other positions have not been filled because the party president has not met with the people he intends to appoint. “We have to wait until he talks to them and then he sends the nominees to the national executive council to approve,” he said.

Born in 1966 in Sironko District, the Budadiri West MP is known for his crusade against corruption while chairing the Public Accounts Committee.
Mr Mafabi heads the Bugisu Cooperative Union and is married with five children.
He studied Bachelors of Law and has a Master of Arts in Economic Policy and Planning. He has won the Integrity Award, Who is Who in the World Award, and the ACCA award for best performance.
Mr Mafabi lost the race for the Speaker of Parliament to Ms Rebecca Kadaga.

The 37-year-old is serving her second term as Woman MP for Kasese District.
Before joining Parliament, Ms Kiiza was a district councillor from 1998-2005.
She also served as a member of the district executive, secretary for defence and also secretary for education in Kasese. Before FDC, she was a member of Reform Agenda where she served as secretary for gender.
In Parliament, she served as a shadow minister of local government and by the end of the Eighth Parliament, she was serving as chairperson of the government assurances committee.
Posted by williamkituuka.com at 11:48 PM