SHOULD MENGO RECOMMEND TO MUSEVENI'S 2011 CABINET? 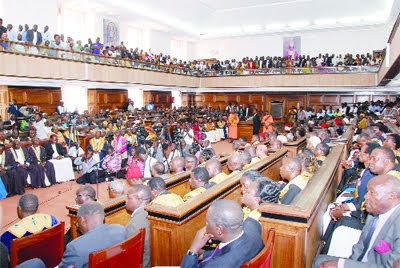 Buganda should concentrate on own business
I find it interesting to learn that the Mengo establishment can second some people to be part of the Museveni Government. It is surprising. By this time Mengo establishment should have understood who President Museveni is. If he wants people seconded by Mengo; the establishment at Mengo would only tell him to choose those that he thinks will be able to serve well with him.
It is now 25 years with NRM under Museveni in power, much of Buganda things are still in the hands of NRM because that is how President Museveni wants it done. He refused to give way to the Federal arrangement cherished by many, instead he is in for funny alternatives. Buganda Government has a right to get rents from properties rented by Government, though there is no official tax paid to Mengo, Museveni's Government is reluctant to pay the rents when due so that it is now so many arrears! The Law to see the Buganda King controlled so that he has to seek clearance by Government before he leaves the country is all we have seen during Museveni's almighty rule. When Government refused to allow Kabaka Mutebi to visit his people in Kayunga, did the Baganda have any role to help things? When Museveni's Government decided to show authority by closing CBS, what did the Baganda in Government do?
It is cheap always to respond to calls which don't help us. If President Museveni cannot change his attitude towards Buganda and the Kabaka where does the Mengo establishment get the courage to second names for cabinet posts? What will those Bagabda do?
William Kituuka Kiwanuka 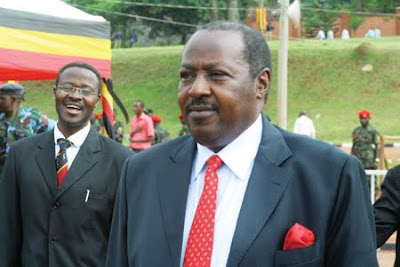 KIGONGO
Over the past weeks, Museveni has been and continues to spend some time at his two country homes; Rwakitura and Kisozi to come up with a list of persons who will constitute his next cabinet (ministers).
With the first phase done, our inside sources reveal that Museveni has started consulting top opinion leaders and his confidants over the same matter. These power brokers are recommending names of individuals whom they think are competent enough to fit in his fourth term cabinet.
In consulting them, our impeccable sources say that Museveni wants to come up with a balanced cabinet which fulfills all the factors he considers pertinent in constituting a cabinet. Prominent of these are: religious, historical, merit and regional factors.
In this article we reveal the special persons Museveni has met and those he is yet to meet and ask to recommend key politicians for the next cabinet.

CARDINAL WAMALA
It has been and remains a tradition for President Museveni to consult Emmanuel Cardinal Wamala, whenever he is coming up with a cabinet reshuffle. Although he long retired from active service as the leader of Kampala Catholic Archdiocese, Museveni continues to consult him on key national issues. In a run up to 2006 presidential elections, Museveni asked Cardinal Wamala, to come up with five names of Catholic NRM politicians, he wished to appoint for the Vice President’s job. Cardinal Wamala recommended Prof. Gilbert Bukenya, Prof. Gabriel Opio, Eng. Hillary Onek and Sarapio Rukundo. Museveni finally picked on Bukenya. However, he appointed all the others to other cabinet positions. This time round, Museveni is reported to be in touch with the Cardinal almost on the same issue. Insiders in the Catholic Church reveal that their favourite candidates for top slots in the next cabinet include: Edward Kiwanuka Sekandi, Hillary Onek, Fred Omach and Betty Bigombe.

AMAMA MBABAZI
Patrick Amama Mbabazi is the current Security Minister who doubles as the NRM party Secretary General. Under his docket of Security Minister most vetting of potential cabinet nominees is done here. The President, depending on his discretion, uses the following agencies under the Security Ministry to do the vetting. These include: ISO (Internal Security Organisation), JATT (Joint Anti Terrorism Task Force), CMI (Chieftaincy of Military Intelligence and Security) and the office of the Coordinator of Security and Intelligence Agencies. All these are under him (Mbabazi).

SAM KUTESA
The powerful Foreign Affairs Minister is these days a frequent visitor to Museveni’s country home of Kisozi. In addition, Kutesa these days receives a lot of phone calls from State House especially on issues to do with the composition of the next government. Insiders in government say that Museveni trusts Kutesa when it comes to recommending ministers to the Ministry of Foreign Affairs, Finance, Attorney General and sometimes the Vice President.

ARCHBISHOP BAKYENGA
The Catholic Archbishop of Mbarara is highly a respected prelate by President Museveni. Insiders at State House reveal that it is characteristic of Museveni to invite Bakyenga only to have a chat on our country’s political and religious dynamics. It because of this that Bakyenga will this time be consulted on who should eat big in the next cabinet especially in regard to NRM catholic politicians from his area of jurisdiction, Mbarara Archdiocese.

AMELIA KYAMBADDE
As the former Principal Private Secretary, Amelia Kyambadde was highly involved in the vetting of several appointments prominent of them is that of cabinet ministers. The trend is still on given that Amelia has remained a loyal and trusted confidant of the President. She is reported to be in charge of identifying committed NRM cadres who can help in bolstering the party’s support in Buganda once appointed to cabinet.

ARCHBISHOP OROMBI
Since the infamous Kayunga riots of 2009, Museveni has a lot of trust and respect for Archbishop of the Church of Uganda, Luke Orombi. It is reported that it was because of the lengthy opinion Orombi authored in a local daily that objectively reprimanded both Mengo and the Central government. This came at a backdrop when some prominent religious leaders had opted to blame government over the whole message. Since then Orombi receives special attention at State House. It is now characteristic of Museveni to meet Orombi without keeping him waiting at State House lounge. The same treatment is translated in the naming of the next cabinet with Orombi’s input.

JANET MUSEVENI
Janet is the wife of President Museveni. She has been at the forefront in advocating for Women and Child rights and emancipation. Because of this role, the President consults her on women who can serve diligently in cabinet. That’s why she took up a less juicy Ministry of Karamoja Affairs a few years after Tom Butime turned down the cabinet offer.

HAJI MOSES KIGONGO
He has been close to Museveni since the bush war days. On matters of cabinet appointments, his counsel is taken especially on vetting potential Muslims and Baganda candidates.

GEN. SALIM SALEH
Gen. Saleh is the other silent person, who has utmost influence on military and political appointments. The President normally lets him in when it comes to identifying serving or retired UPDF officers who should make it to the Cabinet. But it should be noted that Saleh is more influential in military appointments.

By Our Reporter
Posted by williamkituuka.com at 12:35 AM