HAVE WORKERS’ MPs ENDEAVOURED TO GET STATISTICS CONCERNING THE WELFARE OF WORKERS? 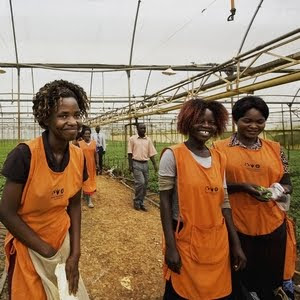 It is sad to learn that the conditions through which many of the people employed by the Indian Community in Uganda are bad. Just go to those who work on Flower farms and find out the situation. Many don’t have protective gear yet the chemicals they are exposed to are really dangerous to their lives. We simply cannot sit as fellow humans are abused because some people have to make money and more so that they are connected.
The Workers MPs should endeavour to get to know in a documented format the conditions concerning the employees throughout the country more so those employed by the Indians who are known to be the greatest abusers of workers rights. This is to ensure that they are not abused. It is better to close down the undertakings than have the lives of the people in danger simply because some group has the ‘right’ to exploit them.
It is now the order of the day to have workers complain about the conditions they have to go through. Where is the Government of Uganda’s intervention? These employers should have the terms of employment cleared by the licensing authority before they get to recruit workers and a periodical situation should be established. Many of such abused employees have no future at all and their life expectancy is greatly affected by the abuse they suffer for the sake of getting subsistence.
William kituuka Kiwanuka

Related Documents
David Obot
DENIVA
Investments are increasing considerably, labour rights continue to be violated, and efforts to enforce compliance and protection of workers’ rights through legal means often meet political interference. The majority of workers in the flower and hotel industries, ignorant of their legal rights, are unable to obtain justice. Monitoring by ministries, trade unions and civil society is required, as well as research on labour issues, including gender and how regulations are applied in situ
Uganda has increasingly sought to attract private investments in order to boost market-led economic growth. [1] The cost of labour is cheaper than it is in other East African countries, making it relatively attractive to foreign investors. [2] Between 1990 and 2006, FDI in Uganda grew from USD 82 million to USD 207 million. [3] In 2007, the inflows were between USD 200 million to USD 400 million. [4] According to the Uganda Investment Authority, a total of 330 projects worth USD 1.75 billion in the first three quarters of 2006-2007, and in 2005-2006, 348 projects valued at USD 761 million were licensed. These were to create 42,950 and 33,910 jobs respectively.
However, while promoting growth and job creation are important for development, the State’s overall mandate is to protect its citizens and make sure the constitution, laws and policies facilitate protection. The question is; how does the existing legal framework protect workers’ rights?
For workers, the relatively higher waged jobs created by such investment may lead to better living standards, but to do so, it is necessary that investors respect human rights, rather than care only about profits. Well-managed investments, observant of human rights, are more likely to contribute significantly to a country’s economic development. However, while the Universal Declaration of Human Rights emphasizes the right to work, just and favourable conditions of work, the right to equal pay without discrimination, and the right to just and favourable remuneration, [5] investors in Uganda for the most part totally disregard human rights.

This article will examine the extent to which protects workers’ rights, focusing on investment and human rights issues affecting workers in the flower and hotel industries. The flower industry [6] has been chosen because of its export earnings, which increased from USD 17.4 million in March 2002 to USD 32.6 million in June 2005. The hotel industry is another big contributor to the gross domestic product (GDP), which, at Factor Cost, was 42.9% in April 2003 and 47.1% in July 2006. [7] Private investors now own 90% of the hotel-related facilities, the Government having divested its interests entirely. [8]

Labour and human rights laws
Ugandan workers rights derive from international and domestic human rights laws. The International Labour Organization (ILO) Conventions 87 [9] and 98 [10] allow collective actions and organization of labour unions. Some relevant conventions to workers’ rights ratified by Uganda include the Convention 105 (1957) [11] on the abolition of forced labour, the Convention 138 (1973) [12] on the minimum age of entry to employment, and the Convention 182 (1999) [13] on the elimination of the worst forms of child labour. The Government has also ratified the International Covenant on Economic, Social and Cultural Rights (ICESCR) (1966), [14] the International Convention on the Elimination of Discrimination against Women (CEDAW), [15] and the International Covenant on Civil and Political Rights (ICCPR) (1966). [16] Following the adoption of the ILO Declaration on Fundamental Principles and Rights at Work, which States Parties are expected to respect and promote, the Ugandan Parliament enacted the Employment Act; the Labour Union Act; the Occupational Safety and Health Act; and the Labour Disputes (Arbitration and Settlement) Act. In addition, the 1995 Constitution provides for “the right of persons to work under satisfactory, safe and healthy conditions; to ensure equal pay for equal work without discrimination; and to ensure that every worker receives reasonable working hours and periods of holiday with pay, as well as remuneration for public holidays.” [17]

However, partly due to secrecy regarding the details of investment agreements between government and investors, there is little available information on the terms and conditions for labour in the flower and the hotel industries, partly owing to difficulties in organizing union locals, and no mechanisms to inform workers about their rights. There is little knowledge of labour law in general, owing to the difficulty in getting access to legislation, let alone understanding of it, and there are few available copies of the labour laws.

Since the Government usually approves investment proposals and extends preferential treatments such as tax holidays and repatriation of profits, [18] labour department officials are expected to compare workers’ terms and conditions of service as contained in the investment proposals and workers contracts, and take appropriate actions where necessary.

The Labour Union Act 2006 guides the activities of trade unions. Within the flower and hotel industries, there are the Uganda Hospitality, Leisure and Allied Workers Union, the Uganda Hotels, Food, Tourism and Allied Workers Union, and the Uganda Horticultural and Allied Workers Union. However, unions depend on memberships at the local or branch level and, at present, these are very poorly organized, even after the passage of the Labour Union Act. The majority of informal workers are not able to join or set up trade union branches. It is suspected that critical employment data are deliberately manipulated to conceal the agreements regarding workers’ rights, and workers are generally intimidated and threatened when trying to become members of the unions of their choice. Some employers facilitate the formation of company unions whose leadership is appointed by, and respond solely to, management. When workers refuse to join such unions, they are usually fired. The majority of workers in the flower and hotel industries are therefore unable to present their legal cases for arbitration.

In 2007, the number of registered flower investors in Uganda was estimated at 21, while those in hotels were estimated to be slightly more than 50. The majority of investors in these industries employ workers informally, which leaves them outside legislative regulation regarding minimum wages, hours or other working conditions. Various stakeholders have asked the Government to do more to protect workers’ rights in these industries. For example, the Uganda Human Rights Commission in its 2000-2001 report [19] asked legislators to amend the minimum wage legislation to eliminate wage disparities between public and private workers, and other conditions guaranteeing basic conditions of living. Instead, however, the Ugandan President has stated that legislators should help [him] “attract industries and stop those slogans on minimum wage and on workers organizing in unions”, [20] thus encouraging investors to intensify workers’ rights violations.

In its 2003 report, the Uganda Human Rights Commission concluded that successive governments “have sacrificed the rights of workers in favour of foreign investment and the liberal economy.” [21] The report also noted the weaknesses of the trade unions, which are rarely recognized by employers. In the hotel and textile industries particularly, the report noted, “workers are helpless because the Government supports investors irrespective of the way they treat workers”. Investors make no effort to comply even with existing laws, many of which until 2006 were outdated, and frequently harass officers attempting to make them comply. [22]

The National Organization of Trade Unions (NOTU) [23] has also expressed concerns regarding the Minimum Wages Board and the Councils, which are currently resisted by both employers and the Government. The same is happening with the Foundation for Human Rights Initiatives (FHRI) [24] on inhuman conditions at workplace and with the Platform for Labour Action (PLA) [25] on lack of comprehensive employment policy. Issues relating to political will, enforcement, effectiveness of the trade unions, and advocacy by the civil society need urgent attention.

Efforts to enforce workers’ rights
Although the law empowers the Ministry of Gender, Labour and Social Development to protect workers’ rights, their invisibility in enforcement shows the constraints under which they operate regarding legislation and regulations as well as resources. Resources available to the ministry are insufficient, for instance, to enable them to carry out countrywide consultations. The Ministry has insufficient human resources both at headquarters and in each district. Staffs are poorly equipped and facilitated, making enforcement a disheartening task for labour officers.

The serious and deteriorating situation regarding workers’ rights has led to a number of civil society organizations starting to take up advocacy for workers’ rights. For example, the Advocates Coalition for Development and Environment (ACODE), the Development Network of Indigenous Voluntary Associations (DENIVA), the Foundation for Human Rights Initiatives (FHRI), the Network of Ugandan Researchers and Research Users (NURRU), the National Organizations of Trade Unions (NOTU) and the Platform for Labour Action (PLA) have researched and mobilized on workers’ rights issues. All these efforts need scaling up in order to bring pressure on the Government and legislators to protect workers’ rights.

Compliance with human rights needs monitoring and evaluation by the Uganda Investment Authority, the Parliament, the Ministry of Gender, Labour and Social Development, NOTU and the civil society. Research on various issues, including gender, in all investment areas demands support. Critical analysis of the terms of employment as contained in the investment proposals and applied to each investment sector is necessary. International, regional, national and local collaboration of stakeholders for the protection of workers’ rights must be supported, strengthened and intensified. The Government must regulate minimum wage and convene a Minimum Wages Board and Council.