IF NRM GOVERNMENT HAD INTENTIONS TO INCREASE TAXES, WE ARE IN TROUBLE

The NRM Government must stop making childish mistakes. Surely, when prices for virtually everything in the economy have increased, it is absurd that there was a dream to increase taxes! There is no experimentation as regards matters of running the economy. Those in charge must be sure of what they are to implement before issuing circulars. The trouble with NRM Government is that it has nearly all the time targeted high taxes, but surely, what can help Uganda given the ill advised monetary policy which led the NRM Government inject alot of unproductive money in the economy is to start by cutting the taxes across the board, then also look at measures of reducing unproductive money from circulation.
KAMPALA TRADERS THREATEN TO CLOSE SHOPS
Source: http://redpepper.co.ug/welcome/?p=6397 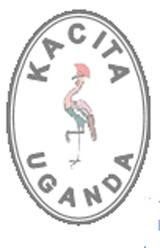 After unsuccessfully using teargas to block politicians from the walk to work protest now in its second week, Government might need spiritual intervention to deter traders in Kampala from joining the protest over rising commodity prices.
Today, the traders under their umbrella organization, Kampala City Traders Association (KACITA) resolved to close shops starting Wednesday, if government does not withdraw a circular in which values of different imported items were increased.
Uganda Revenue Authority on Tuesday started implementing a new valuation regime without consulting the traders.
According to the circular the tax value for a new T-shirt has been increased from 0.6dollars per piece to two dollars per piece, while trousers were increased from 1.2dollars to 2dollars per piece, Shirts were increased from 0.75dollars to 2dollars a piece.
The new valuation for handbags has increased from 1.2dollars per piece to 3dollars a piece while vests were increased from 1.2dollars per piece to 12dollars a piece.
During the meeting held at Diamond Hotel next to the Old Taxi Park, traders called for an immediate strike, but later agreed by consensus to begin the strike on Wednesday. The Traders, some of who have their goods stuck in Jinja for failure to pay taxes, accused government of pride.
Deborah Mirembe, a dealer in children’s clothes, said she was originally paying 2.4dollars per dozen of children’s clothes but it has been increased from 0.8dollars per piece. According to Mirembe she was formerly paying 14.2million shilling for a 40ft container now has to pay 55million shillings.
Nina Lunkuse, complained that her two containers were still held up in Jinja because instead of paying 30million she was now required to pay 150million shillings.
The traders later resolved to go on strike if government does not respond to their grievances by Tuesday next week. Kayondo urged traders who were concerned by the demurrage to remain stomach it but get a relief in future.
Paul Kyeyune, the Deputy spokesperson URA, says values were reviewed routinely depending on invoices and commodity prices in the market. However, Kyeyune added that these values were a privilege of Uganda Revenue Authority staff not traders.
Kyeyune urged traders who are dissatisfied with the new valuations to raise their complaints to with either the Commissioner General URA or Commissioner Customs instead of striking.
In 1996 traders under Uganda Importers and Exporters Association (UGIETA) held a weeklong strike following to the introduction of the Value Added Tax (VAT).URN.
Posted by williamkituuka.com at 11:20 PM