THE GOVERNMENT OF UGANDA OUGHT TO GET SERIOUS ON PRIORITIES

It is sad that the Museveni Government is letting crucial areas collapse while politics moves on. With a kraal size of a cabinet, Parliament and all other administrative infrastructure, areas which are crucial to man power development are collapsing. It is unfortunate. How can Primary Teachers' Colleges close due to no funding? It is a scandal.
William Kituuka Kiwanuka 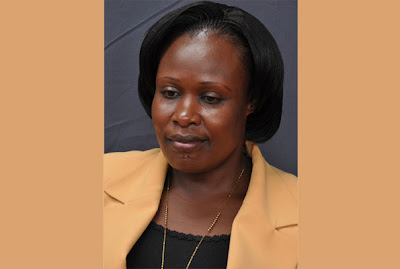 All the 45 government-aided primary teachers colleges in the country have closed due to lack of funds to meet their operational costs less than a month after the term opened. Students were sent home on Monday.
“We have no option,” said Mr John Arinaitwe, the Principals Association of Uganda (PAU) chairman. “We have sent the students home to avert possible strikes because they are apparently doing nothing here.”
The decision to close the colleges was taken last week by college principals under their umbrella body –PAU after the government’s failure to meet its promise of funding the colleges. The meeting took place at Kibuli PTC in Kampala.

Money in bits
Government pays a unit cost of Shs1,800 daily for each student in a college. The money covers the students’ meals, medical care and stationery.
A senior principal, who preferred anonymity to speak freely about their predicament, said the government has for a long time been releasing money in instalments, making the institutions accumulate debts.
“We have too many debts and the suppliers can no longer give us things on credit,” he said. “If you give me money in halves, do you want me to teach half of the syllabus or you want me to teach half of the term? You cannot do that to a nation. We keep promising and in the end we have become liars. We cannot allow this to continue.”
When contacted, ministry education under secretary in charge of finance and administration, Mr Aggrey Kibenge, said the situation was beyond their control since their counterparts in finance has not released the funds.
He said they had expected to receive Shs30 billion to clear capitation grants for schools under the free education programme for the fourth quarter (April-June) but only Shs10 billion was released.
“We sympathise with them but we have nothing to do at the moment unless Finance comes to our rescue. We draw our resources from the same pool and they haven’t released the money,” he said. “We wrote to them (ministry of finance) informing them about the crisis and we hope they are looking for the resources to plug the gap which was a result of underfunding to the sector.”
Teachers colleges and primary schools normally receive their capitation grants in three quarters.
The first is released in second term, the second quarter comes in the third term, while the last quarter is received in the first term of the next academic year. Currently, 16,239 students are benefiting from government free education programme in teachers colleges.
The action taken by the colleges comes a day after private secondary schools implementing the free education scheme also threatened to close at the end of this month if capitation funds are not disbursed to them.
Posted by williamkituuka.com at 12:07 AM