WHAT MARIA KIWANUKA CAN DO TO MANAGE AS MINISTER OF FINANCE 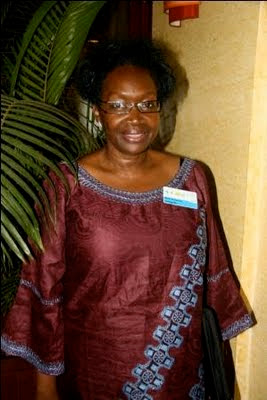 The going is will be difficult for the new Finance Minister. However, if the powers that be give her opportunity to put in place measures to exercise control as per the Public Finance and Accountability Act 2003, with amendments, may be she may deliver. One big problem she will face is the overdrawn Consolidated Fund. Under normal circumstances, the Consolidated Fund should be in credit, but it is not. What the minister could endeavour to do is to start by reviewing the law to see that another account is created where to transfer the overdraft such that she maintains a well regulated Consolidated Account which should be in credit. In order to manage well, the Minister of Finance should have the incoming deposits to the Consolidated Fund credited to the Consolidated Account but with each Vote determined there and then. For instance, if Education has a share of 30% of the budget, for whatever monies credited to the Consolidated Fund, Education should get the 30% share due to it, and all other votes accordingly. That way, it should not only be impossible to overdraw the Vote as per balance under it within the Consolidated Fund, but also over drawing the Consolidated Fund.
Secondly, the Minister should ensure that all revenues due to the Government are remitted by the collecting banks shortly after the bank has balanced the day's work. There is a problem of the thieves who use the opportunity to steal Government revenue, there is no reason why they should be allowed. banks should no longer remit collections on a monthly basis.
William kituuka Kiwanuka

The Public Finance and Accountability Act, 2003 of Uganda received assent on 22 May 2003. The purpose of this Act is:

The scope of the powers, duties and responsibilities of the Office of the Auditor General inter alia derives from the Public Finance and Accountability Act 2003.

The link to the Public finance Act:http://www.era.or.ug/Pdf/public%20finance%20act%20Chapter_193.pdf

Uganda’s overriding development challenge is to manage its resources, in particular the fast growing youthful population and newly discovered oil. To reap the demographic dividend, Uganda must invest in fertility reduction, quality education and skills development, and job creation. To reap the oil dividend, Uganda must maximize the social benefits through adequate investment and prudent macroeconomic management of the oil sector, as well as transparency and management of expectations.
Perceived deterioration of governance and increase in corruption threatens to tarnish Uganda’s image as a development model and challenge its future development efforts. Uganda needs to decisively address increasing petty corruption, the perceived growing culture of impunity for grand corruption and pervasive “quiet corruption”—the failure of public servants to deliver goods or services paid for by governments—such as unchecked teacher and health worker absenteeism.
From the Ugandan perspective, information provided by the Inspector General of Government relating to tenders and contracts, mismanagement and misappropriation of funds and embezzlement of funds from cases reported to the inspectorate of government of Uganda, clearly shows that there is a problem with financial management and budgetary control in both central and local governments in Uganda. (www.igg.go.ug). 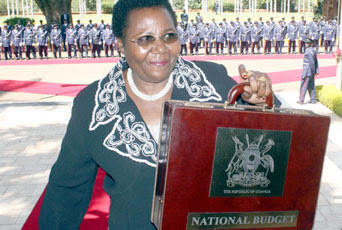 The shadow minister for finance Oduman Okello has called for the prosecution of the Finance Minister for what he calls neglect of the Consolidated Fund account. He said the government has accumulated debt to the extent that governmentâ€™s net financial worth is in the negative.
He added that the overdrawn government account was in addition to borrowing from different multinational organisations and countries.
On Aug 5, Oduman presented his response to Syda Bbumbaâ€™s budget that was presented on June 10.
Quoting figures from the Auditor Generalâ€™s report 2008/2009, Oduman said the Consolidated Fund account is in a negative of Shs 3.78 trillion. He added that the government reserves are also reading a negative Shs6.7 billion.
When the NRM government was re-elected in 2006 the account was reading positive Shs 5.14 trillion. This means that since 2006, the government has overdrawn the government reserves by about an equivalent of Ugandaâ€™s annual national budget. Ugandaâ€™s national budget was Shs6 trillion last financial year.
â€œIn a sane government, the Minister for Finance should have been arraigned before courts of law, charged with criminal negligence of our Consolidated Fund account as Ugandans continue to sink in abject poverty,â€ Oduman concluded on the floor of parliament last week.
Deputy Secretary to the Treasury, Keith Muhakanizi, in an interview with The Independent in June, confirmed that the Consolidated Account was in red, but added that the Ministry of Finance had just withdrawn the money from the account to meet their microeconomic targets. He denied that this implied government had no money. The macroeconomic targets include the inflation rate, interest rates and GDP (Gross Domestic Product) growth rate, which he says they set at the beginning of the financial year.
â€œThose who say there is no money on the Consolidated Fund are technically wrong. That would in essence mean that government is bankrupt, but it is not,â€ Muhakanizi said.
He said the ministry had withdrawn the money from these accounts because some ministries failed to spend all their money and would cause an imbalance to their programme, which he said is modelled on Irving Fisherâ€™s quantity theory of money. This theory, based on an equation, helps government determine the amount of money in circulation among other things.

However, Dr James Muwanga, the assistant dean at Makerere Universityâ€™s Faculty of Economics and Management and a director at Bank of Baroda, says balancing Fisherâ€™s equation is not always a big deal. He explained that government uses the equation to determine its revenue, how much they need to borrow so that it balances with what they intend to spend.
Isaac Mpoza, the commissioner to the treasury, said the Consolidated Fund is in red because they inherited some of the negative balance. He said they inherited Shs108 billion negative balance, which government tried to write off in the 1990s but failed after opposition politicians stopped the move. The opposition then argued that some politicians in government had swindled the money and should therefore pay it.
Mpoza said the ministry incurred this deficit after money drawn from the Consolidated Fund was paid to wrong creditors and that there was a general confusion in handling of the account.
â€œThis account has been in existence since the 1970s and some of these problems have been carried forward,â€ Mpoza said. Government moved to write off a Shs 108 billion deficit, but it has now swelled to Shs 3.8 trillion, although officials continue to insist that it is harmless to the economy.
Mpoza added that government has overdrawn its account because of other problems like failure by Uganda Revenue Authority (URA) or donors to remit money.
â€œGovernment programmes have to run whether URA has remitted funds or not,â€ Mpooza said. He added that they sometimes cut expenditure if they have shortfalls in revenue, although some obligations must be met.
Macroeconomists agree that having a Consolidated Fund in the negative is risky for the economy as it can cause macroeconomic instability.Â Such a situation can lead to high inflation rates, interest rates, unemployment rates and is generally detrimental to capital accumulation.
Dr Jacob Opolot, the current acting director for research at Bank of Uganda (BOU), says they use the central bankâ€™s assets and government foreign exchange reserves to lend to government when they overdraw the Consolidated Fund account.
This is dangerous for the economy since the government might need to use the reserves if BOU fails to get foreign exchange inflows in case of a calamity or failure to export. Uganda imports most of its consumer products. The government then accumulates charges on its overdrawn account.Â
Mpoza said that an overdrawn account leads to chronic deficits since it means government is spending money for the future. He added that international financial institutions like the International Monetary Fund (IMF) and World Bank discourage this practice and that it can lead to cuts in aid by these institutions.
While signing the Auditor Generalâ€™s report for the 2008/2009 financial year, Finance Minister Bbumba, who is also the custodian of the Consolidated Fund, was defiant. â€œDespite an increase in the Consolidated Fund deficit in the current year, the financial position of the government remains strong and the existence of an accumulated fund deficit is temporary,â€ she said.
Posted by williamkituuka.com at 12:52 AM