THOUGH MUSEVENI'S CONTINUED LEADERSHIP OF UGANDA IS A LIABILITY, IT WILL WORSEN IF HE GOES BEYOND 2016

Yes, President Museveni has had his contribution, however, it is clear that the more he remains in power now, the more his policies become a liability. He has wanted to have politics prevails over economic sense, and it is no surprise when many areas of Government are poorly performing. There is no morale in the Public service and hence the more corruption is given chance to grow. He has always had priority over defense expenditure and this increases whenever a leader becomes a liability himself to the people. The police state is what we have today. There are stories for example of monies alleged to have been dished out by Amama Mbabazi to induce the electorate to vote him Secretary General of NRM, this if right is not corruption? The story is just long because everything has gone wrong and the best is to leave office and have some new blood come 2016.
William Kituuka Kiwanuka
SALEH ADVISES MUSEVENI TO HAND OVER POWER IN 2016 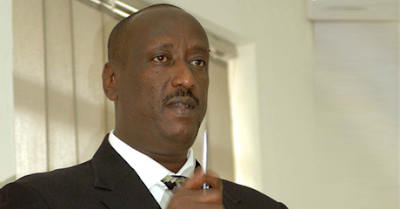 Gen. Saleh has ruled out the possibility of him calling the President to advise him to step aside. FILE PHOTO
By Gerald Bareebe

Posted Saturday, June 18 2011 at 00:00
General Caleb Akandwanaho a.k.a Salim Saleh has said he personally feels that President Museveni should prepare to hand over power in 2016 to another person.
But he insists the big decision on the matter must be taken by the NRM party and not the President or his family.
He indicated that he would be ready to take up the mantle but only if “necessary”. He, however, did not explain the circumstances that would warrant necessity.
Appearing on the Kfm Hot Seat show on Thursday evening, Gen Saleh, who was speaking out for the first time to a national audience in more than seven months, a period that has seen wide speculation about an alleged fallout between him and the President, said he was not interested in the job of President of Uganda
The general, who was announced dead on a social media platform, talked about a wide range of issues affecting the country, including his conspicuous silence and absence from public life, the walk-to-work demonstrations, corruption and the recent purchase of Sukoi fighter jets.
Saleh attacked the opposition Forum for Democratic Change (FDC) leader, Dr Kizza Besigye, whom he insisted had a hidden motive beyond concerns on the cost of living.
But when he was challenged on his defence of security agencies in crushing the demonstrators, Saleh warned that the situation could have been worse had he been in command.
Asked if he believes that it would be convenient in 2016 for President Museveni to step aside and allow someone else to assume the leadership of the country, Saleh said: “Personally, I would think so, but really it is up to the party (NRM).”
Saleh is the younger brother of Mr Museveni and played a big role in the 1986 bush war which brought President Museveni and the NRM into power.
During the show hosted by Charles Mwanguhya, Saleh explained that it might not be in the interest of the President to stay in power for a long time but that he could be acting under the influence of party interests.
“It’s not up to him, it’s up to the party,” Gen. Saleh said, adding, “As a family member---I think---we are permanently overridden by national and party interest, both myself and others in the family. I don’t think we would wish to be where we are. But sometimes we have to subordinate our personal interests to those of the country.”
Saleh, however, ruled out the possibility of him calling the President to advise him to step aside.
“No no. no. He is still my boss. He is a commander in-chief and I am a junior. I follow his orders really. I don’t have the privilege of challenging him. He is ideologically more competent than me, so he knows what he is doing.”
The former NRA bush war hero, revealed that he is not interested in replacing his brother as the President of Uganda unless if he is pushed by unavoidable circumstances.
“I operate better under command,” he said. “I have no ambition unless it is necessary. I am really not interested in that job.”
Asked whether Uganda should have spent $740 million to buy fighter jets, Saleh, a former army commander and military advisor to the President, refused to discuss the matter, claiming that it was the role of the Minister of Defence to defend the controversial purchase.
“I know you want our heads to clash but please reserve that question for the Minister of Defence, Dr (Cryspus) Kiyongo,” he said.
The Governor Central Bank, Mr Tumusiime Mutebile, said this week that Mr Museveni’s erratic policies and the government’s fiscal indiscipline have led to higher inflation and declining foreign reserves.
Mr Mutebile told Financial Times, a UK-based newspaper, that he had disagreed with Mr Museveni over the decision to spend $740 million on jet fighters, which has pushed reserves down from six to four months of import cover.
The ministry of Defence, under President Museveni’s directive, withdrew a reported $400 million (Shs960 billion) from the Central Bank to pay for the fighter jets without parliamentary approval.
But Saleh told KFM, a sister station of the Saturday Monitor, that as a security consultant, Uganda needs more aircrafts - three times the level of what has been purchased but that he is not sure whether this should have been the right time to carry out the contentious purchase.
Gen. Saleh also said he was disappointed with his friend and bush war colleague Dr Besigye who, he said, instead of proposing alternative solutions to the current fuel and food crisis, has resorted to inspiring insurrections against a legitimate government.
Dr Besigye spearheaded the recent protest whose callous handling by security operatives drew attention of the international community about Uganda’s flimsy political situation and attracted foreign condemnation of the President.
He defended the heavy force used by the Ugandan military and police in quelling the protests and warned that it would have been worse had he been in command because he cannot withstand the level of provocation from the opposition.

Big disappointment
Although Saleh admitted that the issues being raised by the opposition are valid and should be handled, he said he was disappointed with Dr Besigye’s approach.
“He tried to play a film on TV but that will not help him. His arrest in Wandegeya (by Arinitwe Bwana) was a pity. It was a pity for Dr Besigye to reach that extent of being manhandled like that. They should have used better means,” he said.
“He is a very eloquent person, much eloquent than me and that’s why he was National Political Commissar before I dreamed of becoming one. I don’t know why he has resorted to these means that ridicule him and Uganda.
This time I have to entirely blame him because he has capacity to save the situation. I will call him if you give me his number. ….The last time I called him was in August last year but he didn’t pick my call. I will call him again if you give me his number because it seems I lost it.”he added.
Posted by williamkituuka.com at 12:13 AM