The media can be innovative. The articles run towards the 1st Anniversary of the July 11, 2010 Bomb blasts has put us in the right perspective more so of the shortcomings of our Government. It was surprising to see the Government of Uganda give shs 3,000,000 to each of the bomb victims. It is clear from the testimonies of some of the survivors that their treatment is on going. What the government could have done, which is not late to be done is to ensure that these victims and those in similar circumstances are attended to by a properly established medical organ. It is shocking that some of the bomb victims are in crisis over meeting the continued treatment needed to see them in better health. The Government should have given the shs 3,000,000 as a token to the victims and then committed itself to meet treatment costs of these victims individually. This is sad more so that as the Government of Uganda alleges that the Uganda involvement in Somalia is responsible is one other reason why Government should take on the responsibility of meeting the medical care, counseling and help to see them adjust into some payment ventures given their circumstances.
William Kituuka Kiwanuka 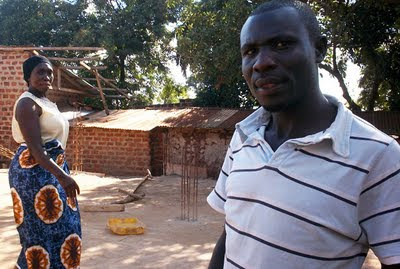 Seeking revenge
“Whenever people call for forgiveness of the killers, I feel bad. I want the al-Shabaab annihilated. I am willing to join the Ugandan army and go to Somalia just to have my share of revenge against the terrorists.” The militant Islamic outfit based in Somalia claimed responsibility for the attacks that in total killed 76 people and left hundreds injured. Back to Ramathan, the anger is visible on his face. He, however, is not alone.
His sister, Zulaika Saidi, also has no kind words for the terrorists. The once Arsenal die-hard fan now loathes anything football. “I dread the coming World Cup. I hate football,” she says. “If the government cannot do anything to bring to justice those who killed our loved ones, they should do so we forget once and for all.”
Ramathan too has lost attachment to a childhood love—football—that once saw him play for Kibuli FC, a youth team. Not anymore. “I can’t even watch my friends play football now. It brings back sad memories. The only thing I worry about is my leg. I hope it can heal.”
In tomorrow’s paper, read about a street boy, who after weeks of saving, decided to spend his hard-earned money at Kyadondo Rugby Club. Little did he know, he was saving to spend on what would turn out to be a traumatising experience.
Posted by williamkituuka.com at 1:02 AM