ERIAS LUKWAGO HAS TO RESPOND TO PROMOTION OF EFFECTIVE SERVICE DELIVERY IN KAMPALA THAN MERE POLITICKING FOR VOTES AS NRM
As Hon. Erias Lukwago runs for the Lord Mayor position for Kampala City, he ought to be very careful about what makes the city a mere slum and the reasons why Government thought it necessary to re-define the roles of city authorities hence coming up with a new law. While Lukwago has to seek votes, he ought to know that people have complained about what makes doing business very expensive in Kampala. It is cheap to glorify motor cyclists who are a creation by accident by Museveni’s Government after making fuel very expensive that motor cyclists remained the rational consumers of fuel hence taking on the role of transporting people to the magnitude they are. The Hon Lukwago ought to know the level of causalities in Mulago Hospital to the extent that if those doctors were key players in planning in Kampala, top on their agenda would be how to greatly reduce motor cyclist role in transportation in Kampala. It is best to come out straight with policies that will help most of the Kampala city users. There is no way that a candidate should glorify motor cyclist transporters when they are in the city centre by accident. Already a number of proposals have been made to de – congest the city of motor cyclists numbers so that not only a few are at specified places, but that they have stages in convenient places not everywhere in the city such that they greatly contribute to the confusion in the city. 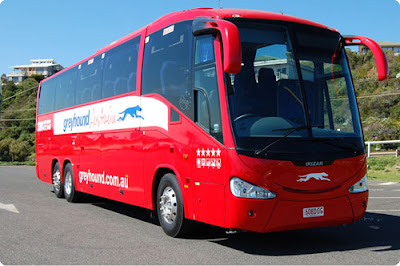 The NRM Government has put Uganda in a real mess by simply glorifying people because they are voters and this has encouraged illegal settlements and evicting these people is now a political problem. The sides of Nakivubo channel have settlements which are partly contributing to the flooding within the city centre. A serious politician should look at how he can improve service delivery in the city more so to those critical investors and serious business persons who are critical to increased business in the city. Erias should be aware that many people are happier if they can do without having to go to the city centre given the confusion, the traffic jams to mention just a few.

Traders are politically encouraged to own leases of land for the markets. Many of these traders however are peasants who either need to be backed up by financial institutions to raise the amounts needed to foot the bill for the leases and thereafter contribute to the costs of putting up the market infrastructure. The problem with this arrangement is such that the leaders of these petty traders still have to look for a core investor into their market which may still not safe guard their interests. I am of the opinion that Government would remain owner of these markets and only look for those to tender the various service roles, and may be traders with some money would lease the stalls for given periods of time. In all these poor planning arrangements, it is cheap politics of votes at play against the long term better service delivery. It is true that when the NRM captured power in 1986, there were some viable plans which were ignored by the Government, and because of such unplanned developments, we see the New Taxi Park where it was not supposed to be. A lot has been said about de-congesting the city by having city commuter taxi’s and up-country taxi’s at least 2 miles out of the city centre, but the NRM Government listens to UTODA and has failed to implement a better policy regarding the taxis and buses.

The reading on the wall for Hon. Lukwago is simple and clear; better look to strategies that can make Kampala City more attractive to the beneficiaries of the services provided by the city than going petty to glorify those who are in the city by accident.
Posted by williamkituuka.com at 10:37 PM