GOVERNMENT SHOULD HAVE THE SHS 5BN TURNED TO SHARES IN NIC 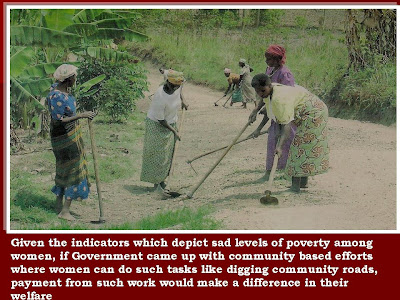 The development with NIC is not unusual. Patronage has gone on for years since NRM got to power. The transaction should be made official such that Government interest is clearly turned into shares in the company.
William Kituuka Kiwanuka

Government secretly paid Shs5 billion in taxpayers’ money to Makerere University lecturers on behalf of Nigerian-owned National Insurance Corporation.
Finance Minister Syda Bbumba told Daily Monitor on Sunday she was not aware of the payment but official documents seen by this newspaper show that the money, which was partial settlement of a debt owed to the lecturers, was smuggled into the record Shs600 billion supplementary budget Parliament passed recently.

No idea
“I don’t know anything about that money,” Ms Bbumba said. “There is no plan to pay Shs5 billion on behalf of NIC or Makerere University. If that money was included in the supplementary budget, then, it was done without my knowledge.”
Details of the payout are contained in the approved Supplementary Budget request which says: “Additional funding of Shs5 billion is required to cater for government intervention in the dispute between Makerere University and the National Insurance Corporation.”
The two organisations have had a long-running dispute over the size of a pension fund that NIC managed on behalf of Makerere University Staff Association, but which MUASA withdrew from the insurance firm.
In November, the university academic staff went on strike protesting against the delay in resolving the dispute. With the end-of-semester examinations undone and the possibility of students joining the lecturers’ strike in a campaign season, President Museveni met the two parties and apparently instructed Ms Bbumba to pay the money.
Days later, NIC officials announced that they had paid Makerere Shs5 billion and promised to pay the balance after an actuarial audit. The opposition and civil society organisations said yesterday that it is irregular for government to use taxpayers’ money to settle debts incurred by private firms.
“A lot was smuggled in this supplementary,” Mr Oduman Okello (Bukedea), the shadow finance minister, said yesterday. “This Shs5b was smuggled in the supplementary and later approved by NRM MPs without knowing the details. Why should taxpayers pay on behalf of other NIC shareholders as if the company is under receivership?”
Ms Cissy Kagaba, the executive director of the Anti-Corruption Coalition Uganda, said yesterday: “In these cash handouts, we are seeing impunity at its best. Unfortunately, the MPs are also part of the conspiracy.”
Our investigations reveal that the request note submitted by the Finance ministry for the money was never considered by the MPs who approved the supplementary budget. But NIC spokesperson Josephine Aguma yesterday said the firm had not received a single coin from Ministry of Finance to pay Makerere University.
“We have never received or requested any money from government,” she said. “The government only played a mediation role and nothing else. NIC paid Shs5 billion to stakeholders of Makerere University in fulfillment of an agreement reached with the government. This amount represents the first tranche of payment of a conditional amount of Shs10b to be paid to Makerere University, pending the finalisation of the audit and actuarial valuation by the Auditor General.”
When questioned about the supplementary details, Ms Bbumba said: “There is nobody who wants to help NIC pay Makerere University. There is no money Ministry of Finance has been paid in this regard.”
Daily Monitor has learnt that the decision to pay Makerere University was made in November last year at a crisis meeting attended by Ms Bbumba, her colleague for Higher Education Mwesigwa Rukutana, the Deputy Secretary to the Treasury, Mr Keith Muhakanizi, and the commissioner for pensions at NIC.
It’s not yet clear whether the Shs5b in question was a loan to NIC. overnment divested 100 per cent of its shareholding in NIC which were acquired by Industrial and General Insurance Company Limited of Nigeria.
Posted by williamkituuka.com at 1:01 AM