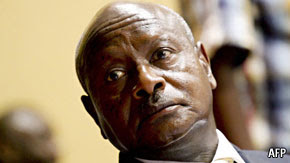 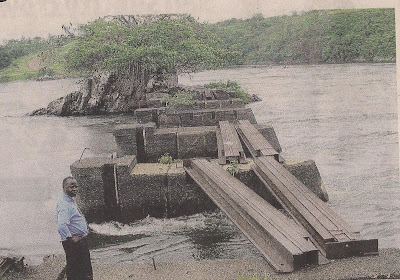 Voting President Museveni for President now spells more disaster for Uganda. You need to have a few facts at hand, look at people's welfare, see the way he manipulates through using bills to deal with his enemies, the way he is single handedly promising districts as of now knowing very well that such approval requires a lot of technical in put. To some voters they see Museveni as one would if standing on the top of the metallic pillars at the source of the Nile, but they forget that it is being on top of danger. Ugandans knowing very well that the Constitution of Uganda before it was manipulated gave a President 2 terms in office, now, Museveni has spent 25 years in office, what do they expect of him? Can we wake up? Those who vote President Museveni are in dreamland.
William Kituuka Kiwanuka
Indeed, judged by his original promises when he came to power in 1986, Mr Museveni has performed dismally. Democracy has increasingly been corroded by militarism and jawing about a liberation struggle most Ugandans are too young to remember. Achievements in macroeconomic policy have been offset by favouritism and corruption. The country is drifting at best. Mr Museveni disparages donors, but uses them to pad out his national budget. Recent oil finds in the Lake Albert basin have made him indispensable to many of those donors, but they need to think carefully about whether another five years of Mr Museveni's increasingly regal and shuffling rule could spell disaster for a country that desperately needs ideas and impetus. 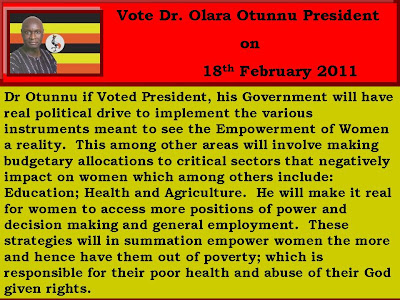 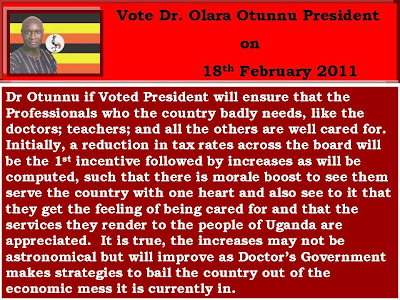 Posted by williamkituuka.com at 10:56 PM