IS THE COMPUTER MISUSE LAW MEANT TO GIVE AUTHORITIES THE RIGHT TO INTERFERE WITH OUR EMAIL COMMUNICATIONS?

IS THE COMPUTER MISUSE LAW MEANT TO GIVE AUTHORITIES THE RIGHT TO INTERFERE WITH OUR EMAIL COMMUNICATIONS? 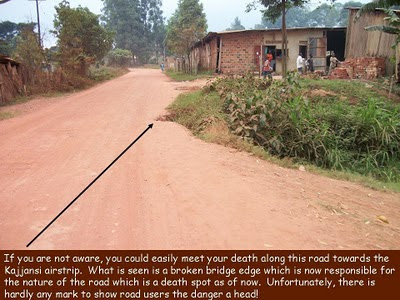 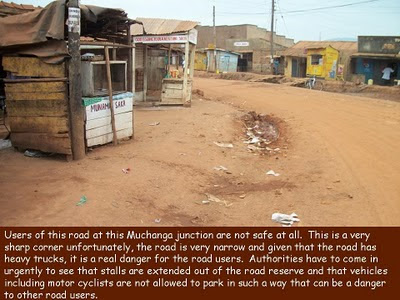 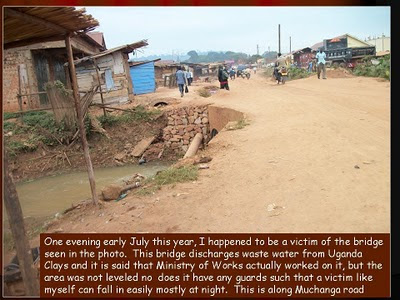 Uganda is one country where one dies 100 times a day. It defeats understanding where some people get to use and misuse this law and hence end up interfering with our communication. You send out emails and someone is at liberty to block them. You get people communicating to you and some fool is at liberty cutting off this communication. If Uganda pays people to do such work it is indeed headed for hell. It is absurd. Sometime ago I made a number of communications to responsible people only to get my emails cut off. They don't reach. What happens tomorrow when UMEME fails to rectify a problem because some fool blocked my communication. I am sorry about the language but if you get say 20 people killed because the power cable passing underground has not been attended to who to blame. I am one person fed up.
William Kituuka Kiwanuka


UGANDA PARLIAMENT PASSES COMPUTER MISUSE BILL
SOURCE: http://legalift.wordpress.com/2010/09/06/uganda-parliament-passes-computer-misuse-bill/
Posted on 6 September, 2010 by Mathias Vermeulen
On August 4, 2010, the 332-member unicameral Ugandan Parliament passed the Computer Misuse Bill (No. 23 of 2008), which, among other things, seeks to ensure the security of and prevent unlawful access to computers and information systems.

The bill will be sent to the President for his assent before it can be enacted. The bill criminalizes “computer misuse,” which includes unlawfully accessing computers and network systems, corrupting data, disrupting networks or systems, introducing viruses, creating and forwarding defamatory material, and copyright infringement. For instance, intentionally accessing or intercepting any data without proper authorization is an offense punishable on conviction by a fine of up to UGX240,000 (about US$109) and/or a maximum of six months’ imprisonment.

Abusers and mis-users of information systems including computers in Uganda will soon face stiff prison sentences and fines when three important bills under consideration by Parliament are enacted into laws. The Computer Misuse Bill 2008, the Electronic Transactions Bill 2008 and the Electronic Signatures Bill 2008 have been tabled before the legislature to be debated before they can be passed into law.
According to a memorandum of the Computer Misuse Bill written by the former Minister of Information and Communication Technology (ICT), now Presidential Adviser on ICT, Dr. Ham Mukasa Mulira, the objective of the bill is to make provision for the safety and security of electronic transactions and information systems.
It is also aimed at preventing unlawful access, abuse or misuse of information systems including computers and to make provision for securing the conduct of electronic environment and to provide for other related matters.
Mulira said that it had been realized that Uganda needed to optimally exploit the great resource of ICTs by ensuring that the Ugandan communities, businesses and institutions have access to these new technologies.
To achieve this, he added, Uganda needs to create a conducive and enabling environment for all users and beneficiaries of ICT to avoid abuse and misuse. This is also necessary to build trust and ensure security of users of ICT, he said.
The Computer Misuse Bill 2008:Computer misuse is unauthorized access to private computers and network systems.
It takes the form of
- Deliberate corruption
- Destruction of other people’s information
- Disrupting networks or systems
- Introduction of viruses or disrupting other people’s work.
- Creation and forwarding of defamatory material
- Infringement of copyright
- Transmission of unsolicited advertising or other material to outside organizations.
- Downloading, displaying, viewing, and manipulation of offensive or obscene material (includes the act of downloading or displaying indecent photographs to children).
- It proposes a fine of Ush240, 000 or imprisonment of six months or both for unauthorized access to any particular programme or data.
- A fine of Ush2, 400,000 or imprisonment of five years or both for unauthorized modification of computer material.
- A fine of Ush1, 440,000 or imprisonment of three years or both for unauthorized disclosure of information and unauthorized disclosure of access code.
- A fine of Ush3, 200,000 or imprisonment of seven years or both for electronic fraud.
- A fine of Ush4, 800,000 or imprisonment of ten years or both for unlawfully accesses to “protected computer” whose programme or data is used directly in connection with the security, defense or international relations of Uganda.
- A fine Ush2, 400,000 or imprisonment of five years or both for producing child pornography for the purpose of its distribution through a computer system.
The Electronic Signatures Bill 2008, shall regulate the use of electronic signatures, criminalization of unauthorized access and modification of electronic signatures.
At the moment, there is no law in Uganda that regulates the use of electronic signatures despite the fact that Uganda adopted the National ICT policy as early as 2003 and ICT has now become a vehicle for consumer purchases, mass marketing, financial transactions and government services.
The Electronic Signatures Bill is therefore being promoted to fill the existing vacuum in the laws of Uganda. It provides for a penalty of a fine of Ush1, 440,000 or imprisonment of three years or both and in case of the perpetrator continuing to commit the offence, a daily fine of Ush200, 000 each day the offence is committed.
The object of the Electronic Transaction Bill is to make provision for the use, security, communications and transactions; to encourage the use of e-government service and to provide for related matters.
Electronic transaction refers to the sale or purchase of goods and services whether between businesses, individuals or governments and other public or private organizations whether the payment or delivery of goods and services is made on or offline.
The Bill creates facilitation of electronic transactions, e-Government services and the extent of liability of service providers.
If you would like to read these bills in detail, download them from the I-Network website at http://www.i-network.or.ug/component/option,com_docman/Itemid,140/task,cat_view/gid,139/
To provide input to parliament of Uganda on the 3 bills above, please send official feedback to the ICT committee of Parliament chairman – Hon. Edward Baliddawa.
You can also forward this feedback to I-Network at newsletter@i-network.or.ugThis e-mail address is being protected from spambots. You need JavaScript enabled to view it .
Posted by williamkituuka.com at 11:10 PM