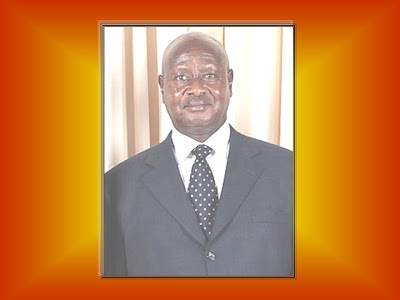 It is not clear whether Ugandans will get an opportunity to have another leader they will show love as was the case was when the Late Prof. Yusuf Kironde Lule came to Uganda as President. President Museveni is currently not enjoying the reception that Ugandans would give a leader they have hope in. But because he is like indispensable to the people, they have no option but to go to meet him, express their wishes, and unfortunately, they see him as the sole provider. When he fails to deliver there is nothing to do but wait when he comes again and he is reminded about the promise he made. The President is funny, he is never in the wrong, he is quick at looking for a one to accuse for failing to deliver.
As we head towards the coming General Elections, I wish to share with the President of Uganda; General Yoweri Museveni that countries like Uganda are backward and will remain so simply because the leaders get off the norms. Whenever a leader imagines that he is indispensable, he is always right, he is at liberty to stand on the rights of the others, and he is free to tamper with constitutions as well as dish out taxpayer money because everybody sees him as the almighty provider, it is unfortunate that such a country is headed for no future. It is strong leaders like Museveni that instead eventually enslave the people in poverty. If someone were to get the value for money over what President Museveni Government has spent on since 1986, chances are that one would get a heart attack. The facts are there and some will be known in future when Museveni is out of office. For now, there is conflict with Buganda Government, but Museveni in his heart; does he think he is doing justice? If property belongs to Buganda Government and the central government denies Buganda the rent due to it, how on earth can I vote such a Government? Where is the justice? President Museveni should stop taking Ugandans for granted. Being so powerful and having an army which can even afford foreign missions is one reason that Ugandans are locked in poverty and after 25 years, he is promising what he would have done before completing 10 years. The reading on the wall is clear; out there when some people lose patience Uganda will get back to blood birth. The way forward is for Museveni to practice what he does preach, that is being patriotic. When people fixed the 2 term limits they were real brains and knew what they were doing, but because he is Commander in Chief does not make him right. He is wrong and should not have stood for President this time round. He has seen enough with problems of Uganda, and there are people capable of giving Uganda a new kick of life given opportunity.
Our Constitution says, all organs of state and people of Uganda shall work towards the promotion of national unity, peace and stability. There shall be established and nurtured institutions and procedures for the fair and peaceful resolution of conflicts.
We in Uganda are challenged to discover our collective responsibility for peace, we should realize the close link between peace and justice, peace and human rights, peace and constitutional rule, peace and economic development, peace and the happiness of every citizen.
We must recognize our common mandate for peace, form a common vision of a peaceful nation, and use all legal, constitutional and peaceful means available to resolve conflicts and ensure lasting peace.
FOR GOD AND MY COUNTRY
Posted by williamkituuka.com at 11:12 PM