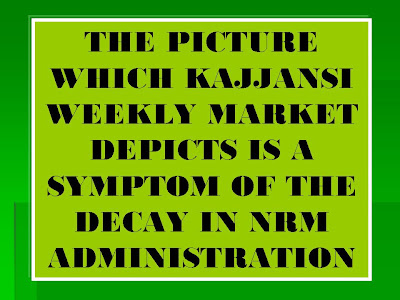 The Kajjansi Weekly Market is in business every Thursday of the week. The market may now have been in existence for a period not less than 10 years; unfortunately, the authorities (Ssisa Sub-country) who are the beneficiaries of the weekly collections from the market have not moved first enough to see a permanent habitable place for the market, instead the weekly market remains a nuisance to the road users. Prior to CHOGM in 2007, the weekly market was located opposite Kajjansi Main Market and would traverse along Nakigalala road. Towards CHOGM the vendors were eventually accommodated in Uganda Clays Football Ground after the then General Manager got concerned that the vendors were having their wares on the road which was very unhygienic. It is on record that the Management of Uganda Clays Ltd got to some agreement with Ssisa Sub – County regarding the terms of the use of the pitch. I learn that the Sub –county defaulted on the merge pay they had to remit to Uganda Clays, and the vendors were uncooperative in that many would not use the public convenience places, instead they would resort to the bushes around. Uganda Clays Management decided to evict the weekly market and the vendors went back to the upper part of Nakigalala Road. This time around, if you travel to Kajjansi trading centre and would like to get to Kiwamirembe, Nakigalala Tea Estate or other areas which require taking Nakigalala road, it is a nightmare. What disturbs is that the market has extremely big turn up, but the authorities have not helped the people much.
The Chairman LC III Ssisa Sub – county identified a piece of land where the market would re-locate; unfortunately, the place has not been graded and in case of rain, it badly floods. It is not clear why this place is not developed such that pressure is exerted on the vendors to re-locate. The market does not seem to have proper vendor administration and it requires the road users to be extra careful as they pass by the vendors because these can easily play hooliganism.
The problems of this area are partly blamed on the Democratic Party actors in Makindye Ssabagabo who made numerous communications to Wakiso district when plans to make Kajjansi a Town Board were complete and part of Makindye was annexed (both these are in Wakiso but different Sub – counties), this matter may have been resolved to incorporate part of Makindye into Kajjansi Town Board, but the time constraint has left Kajjansi area lagging behind and many developments that would better be managed are still handled as if this were a rural area.
The way forward
The development of a Town Board or other status ought to be accelerated. With this in place, the weekly market would then get to the agenda. This market if transferred to the swampy place needs to get an access road which would pass by Uganda Clays then the borehole through Eucalyptus trees and then connect to Nakigalala Road. This would be convenient enough for the vendors not to get to the heart of the current Kajjansi trading centre. Secondly, the same route would help de-congest traffic which comes from Kiwamirembe when pilgrims go for worship there.
The other clear problem which NRM administrators have is that feeling that people; the voters should not be annoyed. This leaves these people to feel big and always do as they wish. In the circumstances, innocent people are the victim. 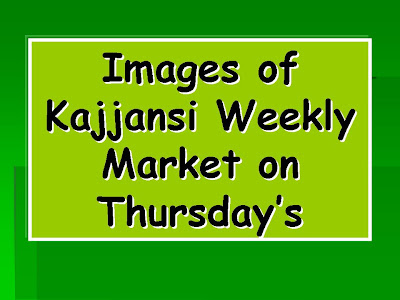 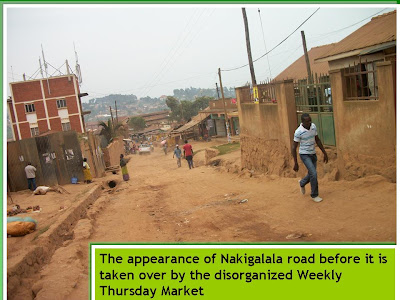 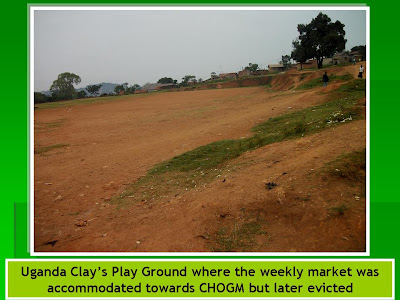 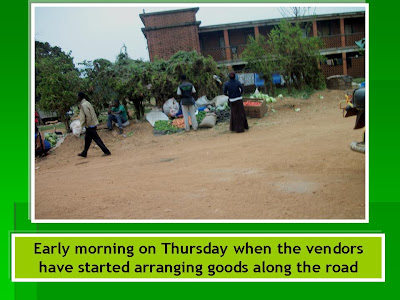 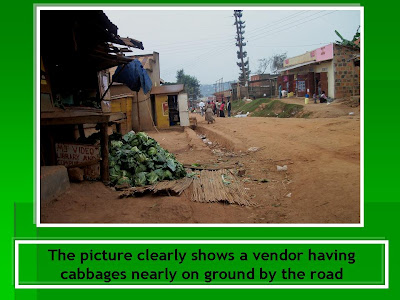 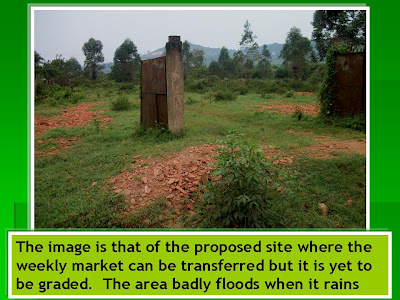 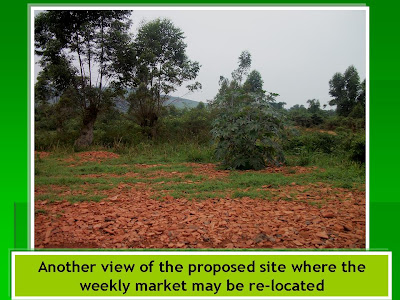 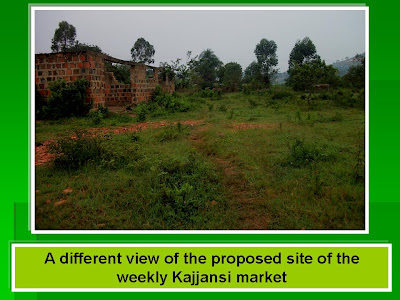 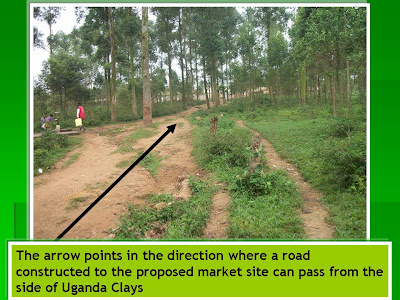 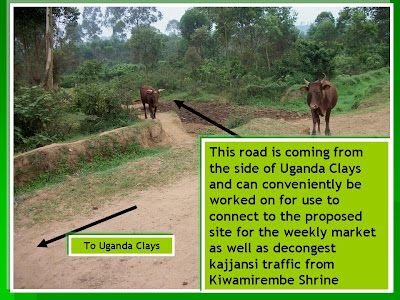 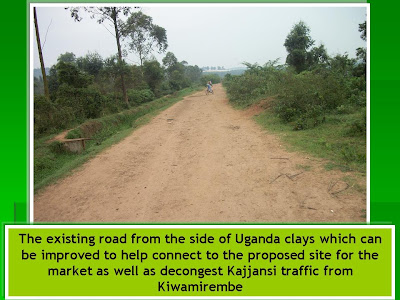 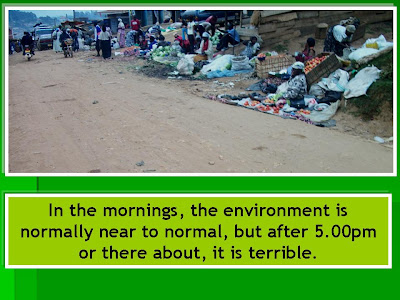 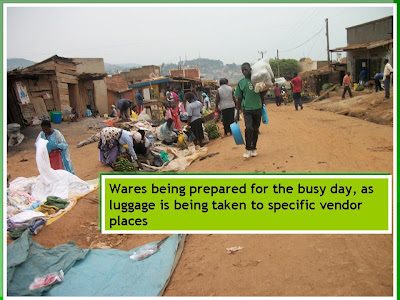 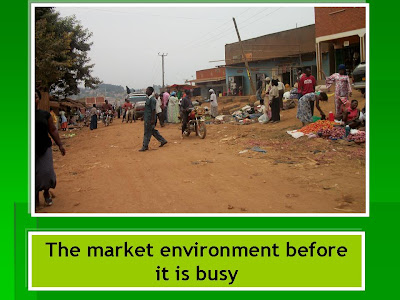 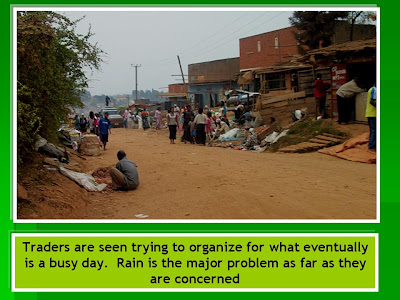 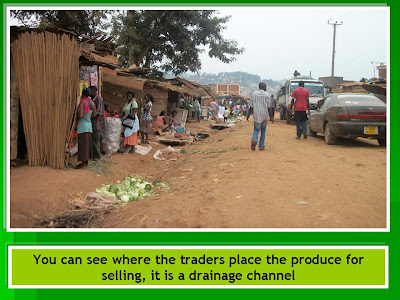 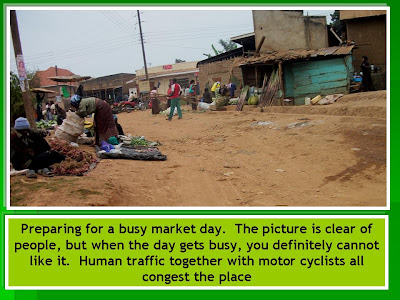 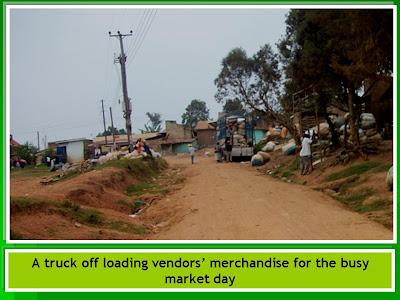 Posted by williamkituuka.com at 10:28 PM