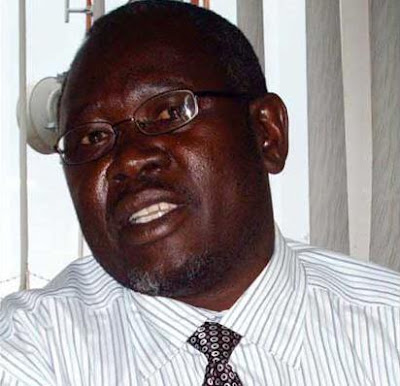 There should be a special account created in Bank of Uganda where credits from the recoveries by the Inspector General of Government’s office should be put. If this is done, it should be out of this account that the IGG’s operations are funded. This would be positive in showing the worth of the office. One of the main tasks of the IGG’s office is recovery of funds the tax payer is losing through the misuse of office by some people mostly in Government. The funds so recovered should be the basis for the IGG’s continued operations. With not less shs 500bn stolen in one year in Uganda, surely, funding should be supported by recoveries made. Once money is lost, it is not impossible to pin down those responsible; these should make good the loss. We should stop being a funny country. Who do you tell that money was stolen and it is impossible to recover? That is simply a big joke. People steal openly, they put up structures, and it is normal, Uganda; give me a break!
William Kituuka Kiwanuka

By Alfred Nyongesa Wandera
The Inspectorate of Government has launched its Development Plan for the next five years indicating the graft watchdog needs a Shs72.8 billion annual pack to up its fight against corruption. The money also includes Shs20 billion that is expected to be spent on purchasing the Inspectorate’s own premises by the end of the five years.
The 2010 - 2014 plan indicates that this financial year, Ministry of Finance allocated only Shs18.8 billion for its operations that included anti-graft fight, ombudsman and promotion of good leadership. “The government gives us money basing only on the vote of anti-corruption. They don’t provide us money for ombudsman function and implementation of Code of Leadership Act. But we want all our mandates to be recognised so that we can deliver our work effectively,” said Mr Raphael Baku, the Acting Inspector General of Government, at the launch of the plan in Kampala. He added: “We are soldiers and the President recognised that when he declared war on corruption. But soldiers need guns to fight.”
In its plan, the Inspectorate targets to complete 75 per cent of all cases received per year and 25 per cent in the following year. It puts the estimated number of cases to be handled in a year at 1,500.
Priority will be given to high profile cases and a target of six such cases is expected to be tackled in a year. Case backlog is projected to be cleared by 2013 at the disposal rate of 860 cases per year. The inspectorate’s consultant, Mr Shem Byakagaba, challenged the body to focus on training staff on how to collect and present electronic evidence in courts saying cyber crimes are now taking toll in the country and therefore the staff members need proper training in computer knowledge to counter them. However, Disaster Preparedness Minister Tarsis Kabwegyere, who presided over the function, said the fight against corruption should first address the root cause.
“We arrest people, prosecute and fill our prisons with the culprits but the problem shall still remain. Can the IGG develop a mechanism of detecting corruption? If detection is possible, then prevention is also possible,” said Prof. Kabwegyere.
Posted by williamkituuka.com at 10:53 PM