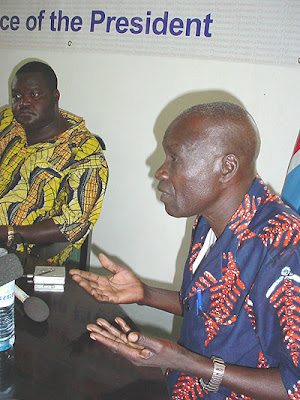 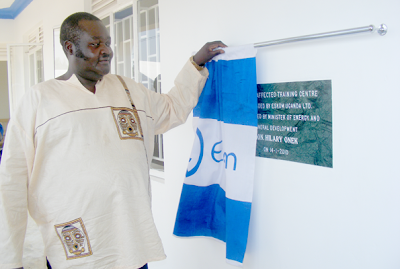 The former Gulu District chairman, Col. Walter Ochora is dead. He passed on a short while ago on Thursday at International Hospital Kampala in Namuwongo.
It is not yet clear what disease he suffered from. He was 54. Col. Ochora has been an influential politician in northern Uganda, having actively engaged in resolving the Lord’s Resistance Army (LRA) insurgency in northern Uganda.
There is outpouring grief engulfing the entire Acholi sub-region, his home area.
Fans and friend are posting condolences messages on his facebook page, and below are some of them.
“Salute you Colonel RIP,” says Kissinger Oryem. Deogratius Lawoko Moi adds, “I never thought I would end like this. Rest in peace.”
Israel Denis Precious: “It can't be true guys! R.I.P he's a funny friend.”
“May the almighty God put Ochora Walter’s soul in eternal peace. RIP. Too sad to be true,” Acayo Irene Odoki.

Walter Ochola is dead
Breaking News
Written by Shifa Mwesigye
Thursday, 03 March 2011 17:00
Former Gulu LC V chairman Colonel Walter Ochola has died.
Ochola passed away this afternoon at International Hospital Kampala. The cause of his death is still unknown.
Friends who were with him at Fairway Hotel this Sunday say that Ochola was ok and was enjoying his whisky chatting with friends.
Ochola lost the Gulu LC V chairman seat to FDC’s Martin Ojara Mapenduzi in the Feb 18 general elections.

The former Gulu District chairman, Col. Walter Ochora, died at International Hospital Kampala. He died of respiratory complications. Col. Ochora, 54, has been an influential politician in northern Uganda, having actively engaged in resolving the Lord’s Resistance Army insurgency in northern Uganda. Cissy Makumbi spoke to him recently before he passed on:
Col. Ochora was among a team of selected great fighters who would form a specialised force that was deployed by the Obote II government to fight the NRA rebels led by Yoweri Museveni in Luweero triangle, in 1985.
Before he passed on, Col. Ochora, had told this newspaper that he was selected from Arua District where his unit had just defeated a rebel group led by Brig. Moses Ali and Juma Seiko.
The selection took three months and the most skilled fighters were picked from each brigade, forming a force that would later be deployed to fight Museveni’s NRA rebels in the Luweero jungles. This was in 1985 as the Obote regime was evidently losing the war.
The overall commander of this special force was Col. John Ogole. However, when they took on the NRA in a battle, the UNLA forces lost 50 fighters in an ambush organised by Salim Saleh, a younger brother of Mr Museveni.
“The attack on us was the last blow on the camel’s back since there was lack of logistical support and poor administration, mainly because of the tribal tensions between the Acholi and Langi,” the late Ochora said before his demise.
He added: “The Acholi complained that while they were fighting in Luweero, those from Lango were in Kampala enjoying and cruising around the capital Kampala.”
He said as a result of tribal tensions in the army, Gen. Bazilio Okello led a revolt against the Obote regime.
Col. Ocora and other soldiers loyal to Gen. Okello advanced from Gulu District towards Kampala. “We fought successful battles at Karuma for three days, Kafu, and Masindi for two days. At Bombo there was no resistance and we finally captured Kampala.
“It was a section of government forces fighting one another and this led to the coup that toppled the Obote II regime. When Obote left, my boss Bazilo Okello who assigned me the task, was in exile in Nimule. That’s why I always say that I was a president for three minutes when I made that announcement on Radio Uganda that there was a new government in Uganda,” he narrated.

No presidential ambition
“Being a military person, I had no ambition to become a President, immediately I communicated to them in exile and handed over power to them. My mission was accomplished,” he added.
Ochora, was a 29-year-old Second Lieutenant by the time he captured power.
He joined the UNLA in 1979 as a cadet officer and after the ‘Pece’ Accord on June 3, 1988, he joined the National Resistance Army.
Ochora said he enjoyed being in the army, although it did not meet his expectations, especially in the education field. He said he was convinced by exiled students who returned to liberate Uganda from Idi Amin’s dictatorship that there were opportunities for higher education in the army but he ended up fighting throughout.
“The education I got was infantry, not professional and it did not meet my aspirations. My dream was to become a doctor having studies Physics, Chemistry, Biology and Sub Maths,” he said.
He added: “In the army, when you’re a fighter, you die at the front. Many of my colleagues have died and have been injured, it’s so pathetic.” He said he ‘feels the pain’ at breaking the oath he swore in the presence of the late Mwalim Julius Nyerere of Tanzania, and late Milton Obote, the former President during his commissioning as an army officer, but added that circumstances forced him to lead the coup against the Obote government.
He said the UNLA was indiscipline, adding that soldiers had no respect for one another. Col. Ochora said junior officers could even detain senior officers, adding that President Museveni was once detained in 1981 by Capt. Otto Chong-gwok, a bandmaster at Kireka, for several hours before he launched his insurgency.
He said there was no disciplinary measures taken against errant soldiers, “In the UNLA we were ‘semi-gods,” he said. Col. Ochora said the current army is better than the UNLA, citing discipline among UPDF soldiers and no tribal conflicts.
Posted by williamkituuka.com at 12:46 PM