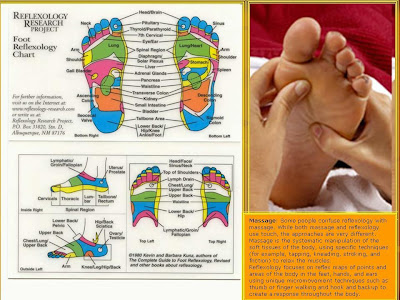 MINISTRY OF HEALTH BANS REFLEXOLOGY CLINICS
Government has banned reflexology centers in the country because they were found to be putting patient's lives in danger and at risk by delaying proper medical and health care.
Reflexology is a physical technique of applying pressure to reflex points on the feet and hands using thumb, finger and hand without the use of oil or lotion. The ministry of health estimated the number of reflexology centers in the country to be over 100, country wide, the actual number is not known. The ministry yesterday asked Kampala City Council and other urban authorities countrywide to stop licensing reflexology clinics.
The ministry has has also banned reflexology practitioners and quacks who call themselves doctors and professors and administer herbal concoctions to patients. The media has also been banned from running their adverts.
Announcing the ban yesterday, health minister Dr. Stephen Mallinga said a study had shown that practices in the reflexology centres could be putting unsuspecting patients’ lives at risk. Mallinga said the study had also discovered that those practicing reflexology were not trained, used medical tools they had no knowledge of and claimed to treat all ailments, including cancer.
He said many perform procedures, including enema and drawing blood, which he said, could endanger a patient’s life through perforation of the intestines and spread HIV/AIDS. The minister added that many deaths could be attributed to those practicing reflexology because they delayed patients from seeking proper medical health care with promises of curing them.
Two professionals trained in the UK agreed with the ministry, saying the ban should have come earlier. Florence Ndiwalana from Beauty Tips said: “Most of the things they advertise in the media are not real. You cannot treat through reflexology.” Ori Kahana of Avoa Health and Beauty Center said reflexology is done for relaxation not treatment.
“It can be damaging if somebody does not know what they are doing,” Kahana said. “Qualified health practitioners, including medical doctors, dental surgeons, nurses, midwives and allied health professionals must have valid annual practicing licenses,” Mallinga said.
New Ministry of Health Bans Reflexology Health Clinics | Uganda Picks http://www.ugandapicks.com/2011/03/ministry-of-health-bans-reflexology.html#ixzz1HbCsInmF
Posted by williamkituuka.com at 1:40 AM