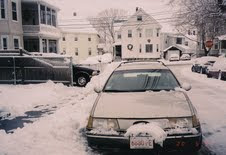 CAN YOU IMAGINE WHAT THE SITUATION IN UGANDA WOULD BE IF WE HAD THIS TYPE OF WEATHER?
Many stories we read about regarding NRM and its Governance are simply scandals. The other day on Bukedde TV we saw people of Nakasongola get water from the same source the cattle drink from. These are priority issues. Uganda used to be well run when it did not have Phd holders in cabinet, but today, it is unfortunate or is it pathetic! Just a few days a go, we were told that NSSF locked out the Department of Ethics and Integrity over shs 600m unpaid. The other day we were told that Janat Mukwaya's car overturned with may be up to shs one billion in it! The MPs shared shs 20m/ to help buy voters, and the unfortunate fellows we learnt (given that they just endorse what Government wants) that shs 10m was dished out to each of the members of Parliament who helped pass the Traditional leaders bill! That is how low the NRM Government has gone! Things which are a priority are actually no priority to NRM Government. Uganda has enough problems but our leaders are spending time on Gadafi issues. If a certain section of the people of Libya want Gadhafi out, it is not Uganda's leaders to dictate for the people of libya.
What a sad story that the Interns have for so many months not got pay. This is a big shame for the NRM Government. It is busy dishing money to the market people but those who would be priority are no priority as far as NRM is concerned.
wILLIAM kITUUKA kIWANUKA

OVER 50 intern pharmacists at Mulago Hospital have not received their housing and transport allowances for eight months.
“Our (interns) allowances are supposed to be paid by the resident hospital where one is. But for Mulago’s case, we have not received our housing and transport allowances since August last year,” the interns said.
The intern pharmacists yesterday held a meeting in the hospital’s lecture theatre, in which they resolved to go on strike at the end of the month if their allowances were not cleared.
each trainee pharmacist is entitled to sh90,000 per month for housing and sh60,000 for transport during the one-year internship period.
With 50 interns not paid for the last eight months, Mulago Hospital has a sh60m bill to clear.
The monthly pay for intern doctors and intern pharmacists is sh580,000.
However, there are always delays in receiving the money. The interns also complained that the amount was not increased when the salaries of medical workers were increased by 30% this financial year.
“We have tried to address our concerns with the hospital management but they take us for granted. All we are demanding was promised to us during the induction course,” the interns said.
They also complained that the hospital management had kept them in the dark and had never given them appointment letters, while pharmacist interns in the past had not claimed their unpaid allowances.
The acting hospital executive director, Dr. Byarugaba Baterana, had earlier met the interns and told them they would be paid by last Thursday. However, they have not been paid yet.
The hospital spokesperson, Dan Kimosho, said there was an arrangement to pay the interns early this month.
He, however, said it was delayed following the departure of Dr. Edward Ddumba, the former executive director of the hospital, who was the signatory to the bank accounts.
“The payment has delayed a little. However, after the new director gets all the tools, they will be paid as soon as possible,” Kimosho said.
Posted by williamkituuka.com at 12:46 AM